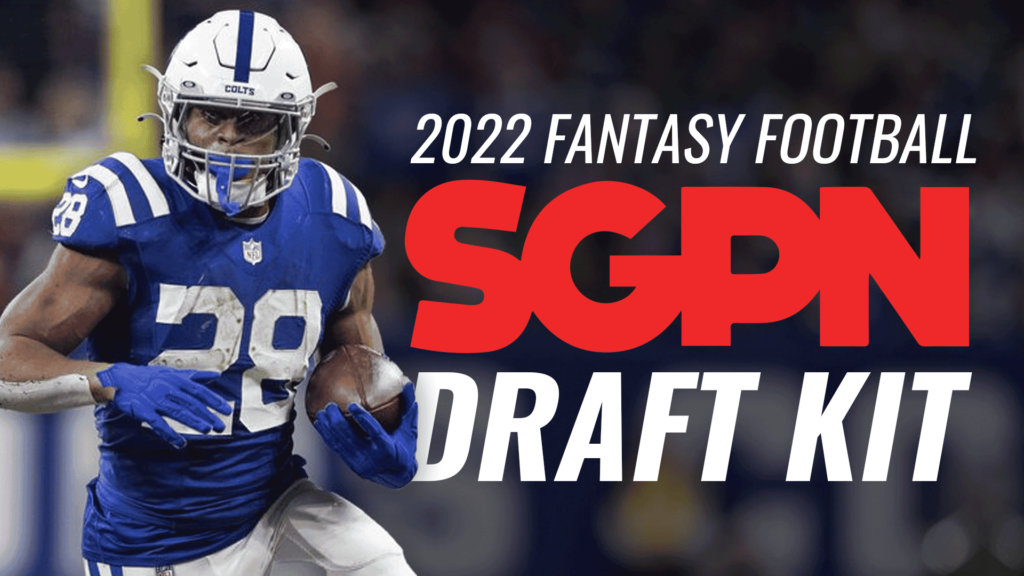 The 2022 Fantasy Football season is finally here, and SGPN has all the tools you need to stay ahead of the competition come your Fantasy Football draft. We’ve done all the heavy lifting and made it incredibly easy to find the best value in every format.

We’ve expanded our content this year and now have you covered in Dynasty and Individual Defensive Player leagues in addition to the classical league types.

Our portfolio continues to grow as the demand for Fantasy Football is constantly flowing. SGPN has everything you could need to draft with success and strategize against the competition; it’s all just a click away! Every Fantasy Football owner needs their toolbox going into a draft.

Remember, the ride never ends at SGPN; make sure you subscribe to the SGPN Fantasy Football Podcast and keep up with the crew all year long as they dish out weekly updates and pivotal content to keep you on the Fantasy pulse every week. We even have our own PT for all the latest injury news and analysis. You can also follow us on Twitter @SGPNFantasy.

Auction Costs: Too High, Too Low, and Best Bargains

How To Make The Best-Ball Playoffs

How to Draft RB Heavy

Safest and Riskiest First Round Picks