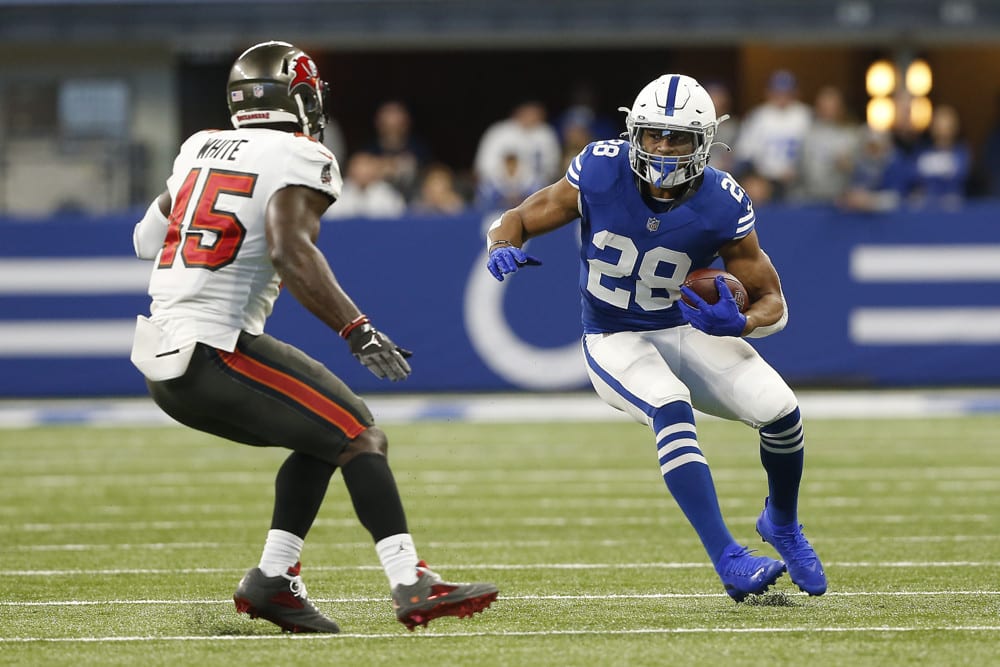 And as always, it isn’t all football. The hosts also try a special edition Makers Mark straight and in their old-fashioned. After all, it is Old-Fashioned Football! Justin tells you how you can become a brand ambassador for Makers Mark while trying a special profile number 46. Find out what makes this one different from regular Makers Mark and what it tastes like.

And again, the hosts open up the mailroom and answer your questions. Are running backs more of a risk in the auction format? Who is the most strategic player to nominate number one overall? Is Jimmy G worth keeping? Who’s one of the best value picks this year? Justin and Miranda answer all these on top of discussing this year’s top running backs.

As always, make sure to subscribe to the SGPN Fantasy Podcast on Apple and Spotify.  Find Justin Mark (@JMarkfootball) and Miranda Mark (@JMarksWifey) on Twitter.