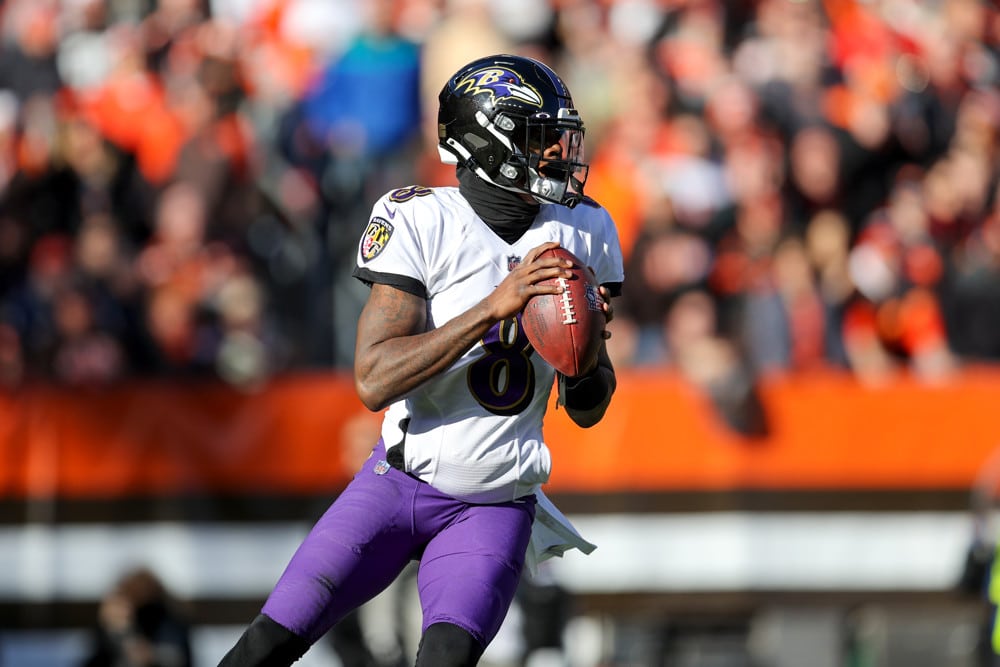 There are two fantasy football league styles that are growing more and more popular. Fantasy football auction leagues and superflex leagues. But how do you prepare when you combine the two? What are the best fantasy football auction superflex strategies? You’re in luck because this week we’re breaking down how to dominate your auction drafts. How do you value Quarterbacks compared to the normal league-winning Running Backs? Keep reading as we discuss the best strategies to attack your draft, using a $200 budget and Sleeper’s projected draft amounts.

How To Draft RB Heavy

Go Big For A Top Quarterback…But Not Too Big

The top change from a normal league to a superflex league is that you have to spend significant value on a Quarterback. But what exactly is the best fantasy football auction superflex strategy when it comes to spending? I never feel comfortable spending the highest amount for any position because leaves you vulnerable. However, in a superflex league, you have to be a little more aggressive. Even though Josh Allen is projected as the top Quarterback, his $55 projected price tag is a little much for me.

I normally have trouble spending over a fourth of my budget on anybody that isn’t a high-end Running Back. Nonetheless, you can get a Quarterback with a lot of rushing upside like Lamar Jackson for $46. Alternatively, Jalen Hurts‘ projected value is $41, Tom Brady‘s is $39, and Joe Burrow‘s is $37. All three of these would be great as your top Quarterback, while also leaving some money in your budget for other positions.

I’ll concede that Josh Allen’s rushing touchdown and passing numbers put him ahead of Lamar Jackson in fantasy football.

But with Jackson being a lock for 1,000 rushing yards (and just being capable of this), how can you possibly ranking him below QB2?pic.twitter.com/ZKayeKmJ0y

Put Importance On Running Back

While grabbing your top Quarterback is important, the Running Back position is also vital to a successful team. Your fantasy football auction superflex strategy should be targeting at least one upper-tier Running Back. For example, you can still skip on the top projected player, but target a player like Austin Ekeler, who’s still projected at $42. If you went the route of drafting Jalen Hurts and Austin Ekeler, you’re projected to spend $83, leaving only $117 left to fill your entire team. This is what tends to make superflex leagues more difficult and require more strategy.

However, if I build a team with Joe Burrow and Najee Harris ($40), I’ve spent $77 and still feel comfortable with the talent I have acquired. I can then add a high upside player like Aaron Jones for his projected $29. Sure, this puts my total at $106 and doesn’t leave as much wiggle room for Wide Receivers. I still feel like a great start to a winning roster though, with $94 left to spend.

Grab A Couple Of Mid-Range Or Cheap Quarterbacks

Being able to start two Quarterbacks normally leads teams to spend all their money on Quarterbacks. This isn’t necessary and you can still have success without doing so. In fact, if you look at projected points, you’ll realize that after getting your top Quarterback, the superflex position doesn’t have to have a lot of money invested in it. Ryan Tannehill is projected to finish with 256.8 fantasy points this year. That’s better than every Running Back except for Jonathan Taylor, and Tannehill will only cost you five dollars.

A list of quarterbacks under $5 that are still projected to score over 200 fantasy football points include Tannehill, Matt Ryan ($5), Marcus Mariota ($1), Baker Mayfield ($1), Jared Goff ($1), Davis Mills ($1), Carson Wentz ($1), and Mitchell Trubisky ($1). These are all value plays that you can slot into your superflex position. I don’t dislike the idea of grabbing a couple of these Quarterbacks at their discounted price and playing the best matchup each week. This allows you to save your budget for other skill-position players like Running Backs, Wide Receivers, and Tight Ends.

Shoot For A Well-Rounded Team Like A Normal Draft

A misconception when it comes to fantasy football auction superflex is that you only need to focus on the top Running Backs and Quarterbacks. I disagree with this and think like any auction draft, you want to come away with a well-rounded team of starters. The good thing is the projected value of Wide Receivers drops quite a bit as they aren’t valued as highly as Quarterbacks and Running Backs.

But what does that mean for you? Despite the fact that some leagues will exceed the projected budget for players like Cooper Kupp, you can still shoot for top receivers. Justin Jefferson is currently projected at $36 in a superflex league. Working with our $94, this would drop us down to $48. That leaves me feeling a little thin, so if I’m low on money, I may look at somebody like Stefon Diggs or Davante Adams. Both of these guys can finish as a top-10 wide receiver but are both projected at only $23, which is easier to work into your fantasy football auction budget. Superflex leagues also make it difficult to get a premier Tight End, unless you want to sacrifice more of your budget for one.

DAVANTE ADAMS IS THE GREATEST FANTASY FOOTBALL WIDE RECEIVER OF ALL TIME pic.twitter.com/GPaxi43YBF

It’s Okay To Fill Your Bench With One Dollar Players

One of the biggest fantasy football auction superflex strategies I follow is not to invest in bench players. It can be dangerous not having an adequate backup, but if you play the waiver wire properly, it won’t affect you in the long run. There are always trades that could be made as well, especially if you ended up investing in a couple of low-budget Quarterbacks who are more valuable than others thought. Don’t be afraid to put the bulk of your money into your starting positions and fill your bench with one-dollar players that have upside.

When I’m building my roster, normally a little over 50% of my money will go to my top Quarterback and top Running Back. I’ll use another 40% to fill in Wide Receivers, Tight Ends, my second Running Back, and an additional Quarterback. The rest is extra money that I will try and target players that could have breakout seasons or that feel undervalued in my opinion. This could include handcuffs, rookies, and players getting new opportunities. Don’t leave money on the table at the end of your draft if you can help it.

So, what does a superflex roster end up looking like in the auction world? While there are obviously endless combinations let’s take a look at how the roster I was building in the examples above turned out. This is just one possibility. I would recommend mock drafting superflex leagues to get yourself familiar with how your team will look. After mock-building this team I may not have been crazy about it, but I think it gives me enough flexibility to win games while also giving me the opportunity to build through the waiver wires and trades. The main starters of Burrow, Harris, Jones, Adams, Higgins, Pitts, and Allen leave me feeling positive.