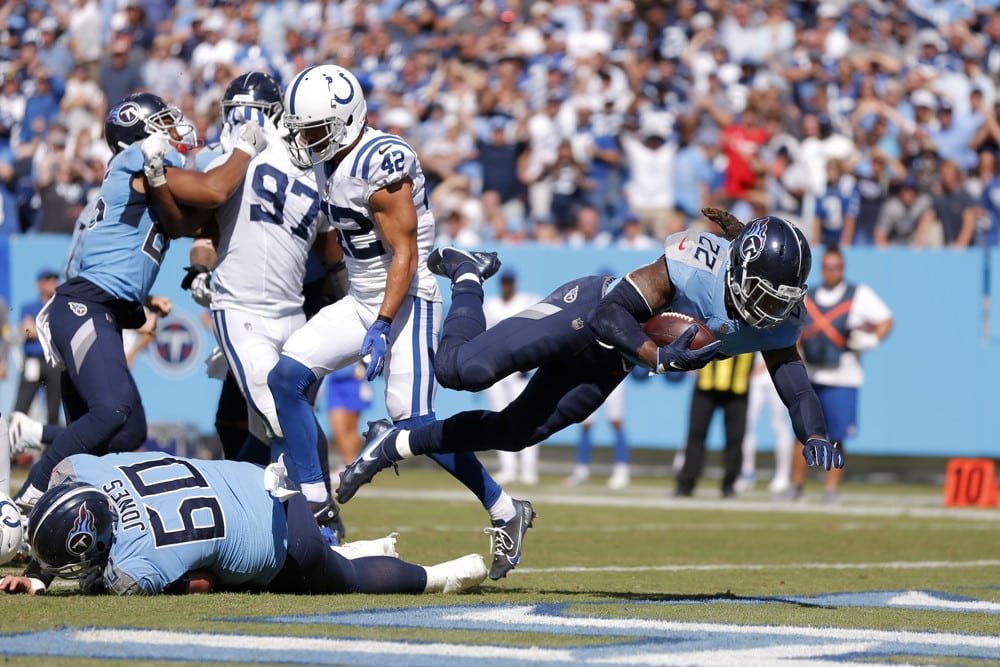 NASHVILLE, TN – SEPTEMBER 26: Tennessee Titans Running Back Derrick Henry (22) dives in and scores the two points during and NFL Game between the Indianapolis Colts and Tennessee Titans on September 26, 2021 at Nissan Stadium in Nashville, TN. (Photo by Jeffrey Brown/Icon Sportswire)

Standard scoring leagues are the original gangstas of the fantasy football world. These leagues birthed and evolved the game to where it is today. This scoring format incentives total yardage and touchdowns scored. These leagues are all about getting volume-based players, NFL players who will touch the ball a lot! This format certainly favors bowling ball running backs like Derrick Henry and Nick Chubb but could lower the value of someone like Alvin Kamara, who historically has relied heavily on pass-catching production.

In Standard drafts, you’ll see favoritism for players with touchdown-rich histories. Position players that are capable of hitting double-digit touchdowns will fly off the board fast, so be sure to get yourself tied to a couple of players early that have exposure to red zone touches.

You’re standard draft will likely highlight late-round receivers that offer modest returns based on the format; our guide will help decipher the best values in these tricky situations. We’ll show you what players can offer a higher return with round-by-round breakdowns accompanied by positional rankings throughout. You won’t miss any value picks following this Standard Draft Cheat Sheet.