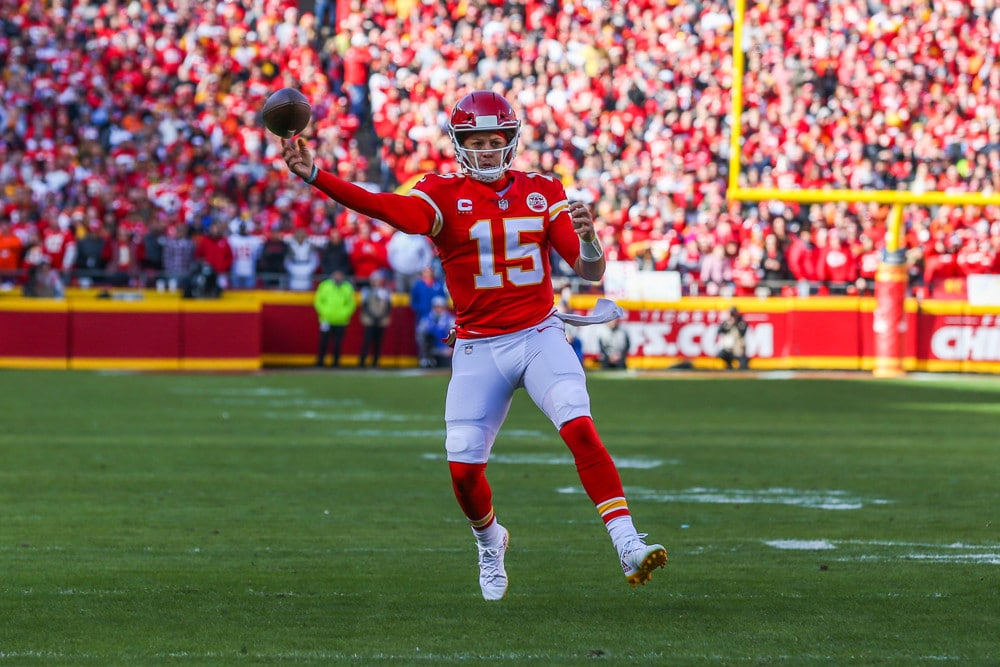 On the offense, the quarterback has complete ball control. Shouldn’t we know what he is doing with it? It is important to find out who is attempting the most passes and who is completing the passes he is attempting to.

You also want to know what position he is targeting (which will help when you are trying to make that DFS stack). And, of course, how the quarterback ranks in fantasy football. You need to know.

Where Do We Go From Here

Allen was by 21.82 total fantasy points the number one quarterback in fantasy last season. He averaged 1.28 fantasy points per game, more than QB2, Justin Herbert.

It is Allen’s rushing stats that are continually vaulting him to the number one quarterback in fantasy. Last season he had 122 rushing attempts, 763 rushing yards, and six rushing touchdowns.

Justin Herbert finished as QB2 last season. Herbert is not a consistent dual-threat quarterback. He had only 63 rushing attempts last season for 302 rushing yards. He did have 23 red zone carries and finished with three rushing touchdowns, but it is his arm that is going to propel you into fantasy nirvana.

Herbert tied Brady last season with nine 300-plus yards passing games. In his relatively short NFL career, Herbert has thrown for 300-plus yards in 53% of his game.

Tom Brady had the most passing attempts last season (719), the second most red zone attempts (120), and the lowest sack rate.  He finished as QB3 averaging 22.75 fantasy points a game.

Though he has acquired the services of Julio Jones, he has lost the services of his center Ryan Jensen. There is also wide receiver Chris Godwin’s status after returning from his knee injury.

Brady will never be a dual-threat quarterback. He had 28 attempts last season with 81 yards and two rushing touchdowns.  Concern regarding his offensive line, the status of Godwin, and the fitness of running back Leonard Fournette, combined with no safety net in Rob Gronkowski this season, leaves some concerns regarding Brady.

Brady is currently being drafted as QB9 and the 88th pick overall.

And then there are Fantasy Pros ranking Mahomes’ schedule as the fifth hardest strength of schedule for quarterbacks. You must wonder if he is being drafted too high this season.

Stafford finished the season as QB5 last season. He led the league having three-plus touchdown passes in nine games. He also led the league in interceptions (17) and pick-sixes (4). Drafting Stafford is totally dependency on his arm. He rushed 32 times last season for 43 yards.

Stafford is currently being drafted as the 11th quarterback off the board.

This season he will navigate the field without Davante Adams. Adams was responsible for 123 receptions, 11 touchdowns, and 1553 receiving yards last season. That equaled 31.6% target share and an 80.3% snap share that will have to be distributed elsewhere.

Per Fantasy Pros, the one game Rodgers played without Adams last season was his third-worst fantasy finish of the season. That about sums that up.

Rodgers is currently the 93rd overall pick and the 12th quarterback.

Dak Prescott had his lowest rushing stats (not including the injury year 2020) with only 48 rushing attempts, 146 rushing yards, and one rushing touchdown.

Prescott will also start the season with no Amari Cooper, and the return of Michael Gallup is questionable. Cooper and Gallup combined accounted for 34 red zone targets and 15 completions. Then there is the question regarding the offensive line and its noticeable decline.

There is talk that Prescott will run more this season which will raise his ceiling. The loss of Cooper and uncertainty of the offensive line, and Gallup’s return can lead to a drop in his floor.

The QB7 last season is currently being drafted as QB7 this season.

2021 Quarterbacks With The Most Red Zone Attempts

Those quarterbacks in bold will be without their number one red zone targets last season.

Rodgers/Adams was responsible for 28 red zone targets with 18 receptions. Third best in the league.

Prescott/Cooper was on the receiving end of 19 red zone targets and 14 red zone receptions. His numbers had him as 11th best in the league.

Tannehill/AJ Brown led the Titans with 11 red zone targets and five receptions.  That ranked him 44th in the league.

Murray will be without DeAndre Hopkins for six games.  In his ten games last season, Hopkins had 15 red zone targets and eight receptions.  He was 23rd with only ten games played.

Where is the Ball Going?

Quarterbacks who target Running Backs the most

Quarterbacks who target Tight Ends the most

It stands to reason that both Tagovailoa, Mayfield, and Ryan’s stats to the tight end will decrease this season.  Tagovailoa has not only Hill, but Jaylen Waddle is still there.  Mayfield now has Christian McCaffrey, and the Panthers do not run two tight end sets as much as the Browns, and Ryan no longer has Kyle Pitts.

The Jets have acquired the services of CJ Uzomah and Tyler Conklin so this could increase slightly, and why would the Bengals throw to Hayden Hurst when they have the murders row of starting wide receivers?

Quarterbacks who target Wide Receivers the most

Cooper Kupp averaged 11.2 targets per game with Stafford. The Bengals tied Washington running 11 personnel, the fifth most in the league. In 2020 Mitchell Trubisky targeted wide receivers 61.3%.

The first two are in different offenses this season. Philadelphia runs the ball a ton (49.87%, most in the league in 2021), but with the acquisition of AJ Brown, that might change.

Goff now has DJ Chark, and hopefully, Jameson Williams and Carr has Adams, so both should see an increase in their percentages.