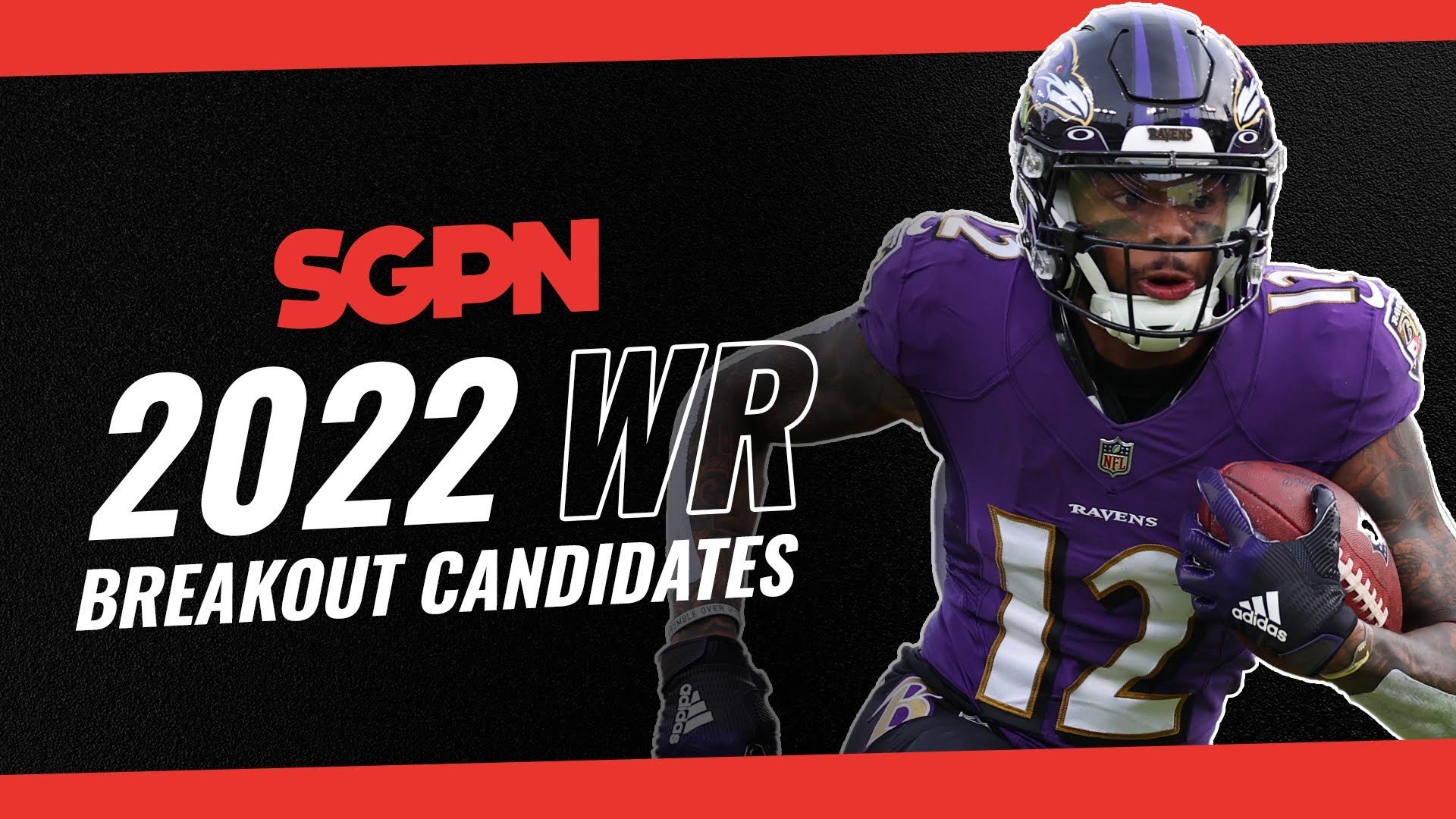 Drafting Cooper Kupp or Ja’Marr Chase last year was likely a recipe for a great season. But, they were only the key to a championship because of where they were drafted. Last year around this time, Cooper Kupp and Ja’Marr Chase were drafted between Rounds 5-8 depending on your drafts, but now having them would score you high on any dynasty team analyzer.

This allowed you to build a roster and drop them into an already established team. So stop the arguments between Chase and Kupp. Picking between those two is not what will win you your league; it is finding the next Chase or Cooper Kupp that will do it.

First, look at the top 12 WRs last year and see what they had in common to help figure out some potential candidates.

What does this mean? When looking for your breakout candidates, you are looking for wide receivers who are the #1 on their team in targets and air yards and are typically on high-scoring offenses. Statistics that can help predict future success are yards per game and yards per route run.

Now that we know what to look for, let’s look at some of my favorite breakout candidates for 2022.

The Dallas Cowboys and Dak Prescott checked all of the boxes above. The Cowboys were the #1 scoring offense last year. Dak finished 7th in air yards last season, and the Cowboys finished 8th in pass attempts. CeeDee Lamb has had a great start to his career, and in the first half of 2021, it appeared he was on the way toward a breakout.

He did not have the same success during the second half of the year, and those doubts still have him getting drafted later in best ball or redraft based on historical performance. In dynasty, he is getting drafted much higher than the WR3 or WR4 overall. I have CeeDee as a top 5 WR this year and my top breakout candidate.

Pittman’s strong finish in the playoffs his rookie year continued into last season. Last season Pittman leaped into the top 24 WRs, and now he has received a QB upgrade from Carson Wentz to Matt Ryan. The Colts were more of a run-heavy team in the second half of the season as they attempted to take the ball out of Carson Wentz’s hands and limit turnovers.

We expect more volume to go Michael Pittman’s way, even if there is only a slight uptick in overall passing volume for the Colts.

Michael Pittman Jr. is going to explode this season with Matt Ryan in town. pic.twitter.com/Zk8pwS6Dsr

Bateman is the #1 pass-catching option behind Mark Andrews in this offense with Marquise Brown out of town. Brown leaves 154 targets, and Sammy Watkins left another 49 targets on the table to go around the WR room. We saw Bateman’s snaps increase as the season progressed, and we saw him grow into this offense.

The Ravens spent the off-season rebuilding their offensive line and rehabilitating their running backs to prepare to get back to their winning formula. This offense has been explosive in the past, and Bateman is poised for a big year.

Toney is still reasonably cheap in dynasty and even cheaper in redraft. The Giant’s play-callers last year were Jason Garrett and Freddie Kitchens; they received a massive upgrade. Last year he was 7th in yards run per route. Any WR with at least 80 targets would have finished in the top 30 last season at his yards run per route.

Last year he had some flashes and did some things historically that only a few have ever done. Having 180 yards, your rookie year has only been done ten days; two were Ja’Marr Chase, and 1 of them was Kadarius Toney. The other names on the list all had multiple 1,000-yard seasons minus the only exceptions (Keelan Cole and Justin Blackmon).

One of the most significant moves on draft night was the Arizona Cardinals making a move for Marquise “Hollywood” Brown. Reuniting him with his college teammate, Kyler Murray. The Cardinals just paid Kyler Murray, and this offense is poised for another big year. This is one of the fastest-paced offenses and is a pass-first offense.

Jeudy goes from Drew Lock to Russell Wilson and is still being drafted in the 5th or 6th round of your drafts. There is a lot of talk about Courtland Sutton and Jerry Jeudy, who will be the guy. There is a world where just one of them hits, but there is also a world where both hit.

I am okay with taking either of these guys or both, but if you take one, I am taking Jeudy. Not only does he have the cheaper ADP, but he is the younger player, and when they both have been on the field, he has been the better player.