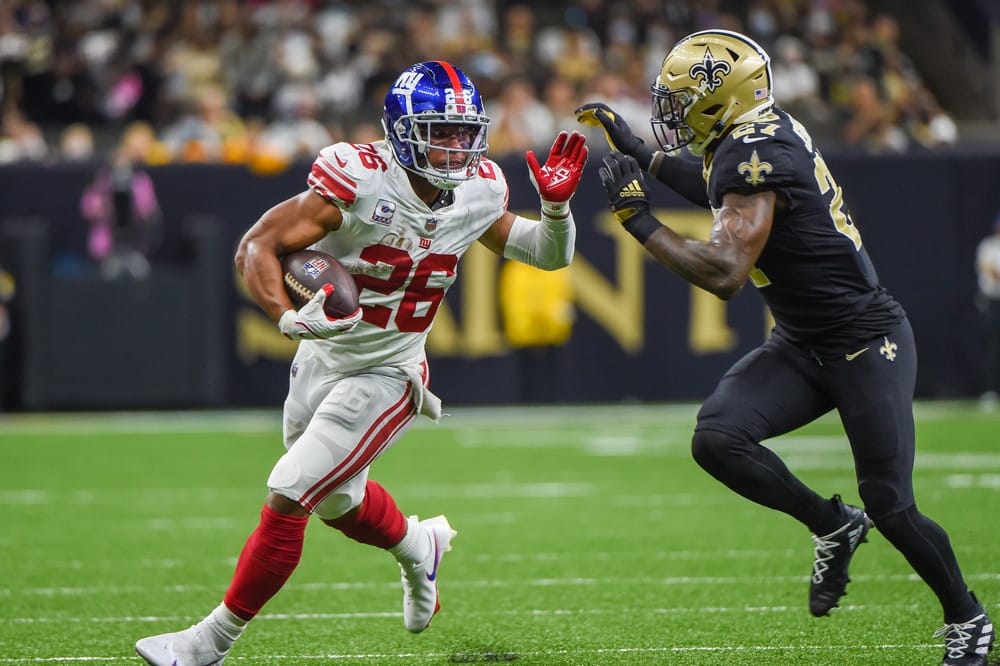 It is best to start with running backs because of the age-old question: Are running backs targeted because of their skill set or because of a particular quarterback’s tendencies? For a great discussion on that, check out Ryan Heath’s article. But, we are now checking out what the stats are telling us.

So, whether you are playing weekly fantasy or DFS, it is essential to know what running backs are getting the targets and who is being ghosted.

2021 Most Targeted Running Backs by Average

It is great to have the raw numbers but what also matters is who is averaging the most targets per game?

Fournette is third in total targets for 2021. He played in 14 games and averaged 6.0 targets per game.

Swift tied Fournette for most average targets per game, but Swift only played in 13 games.

Meanwhile, Harris played in all 17 games, tied for the lead in targets, and averaged 5.5 targets per game (fourth-best). Harris will also be playing with a different quarterback this season. So, we will be monitoring who is under center and their propensity to throw to the running back.

Kamara only played in 13 games last season, and there is a chance he will be suspended for some games this season. In his 13 games, Kamara averaged 5.2 targets per game.

Davis, Williams, and Hines only averaged 3.4 targets per game. Davis and Williams are on to new teams, and Hines will play with a new quarterback.

When you get beyond Ekeler, Harris, Swift, and Fournette, it is imperative to find teams with a high passing volume and those whose defenses are giving up the most points to the running back position.

Teams in bold will have new coaches for the 2022 NFL season, so let’s see what happens. But when you are looking for running backs to target (see what I did there?) see what teams are passing the ball the most on an average.

2021 Defenses That Gave Up the Most Targets to RB Position

2021 Defenses That Gave Up the Most Rushing Touchdowns

2021 Most Fantasy Points to RB Per Game Avg

It helps when the defense your running backs are going up against are generous in giving fantasy points to the running back position.

If you are drafting, how does your league score the running backs? For instance, for those playing in the ScottFishBowl, there are additional points for first downs (.5) and points deducted for fumbles (-2).

When the league starts (September 11) and DFS starts, DraftKings, FanDuel, Yahoo, and the many other sites will have different scoring as different as their sites.

Keeping up with the changes in teams’ rosters, both offensively and defensively, is essential.

But we at Sportgamblingpodcast.com got you!