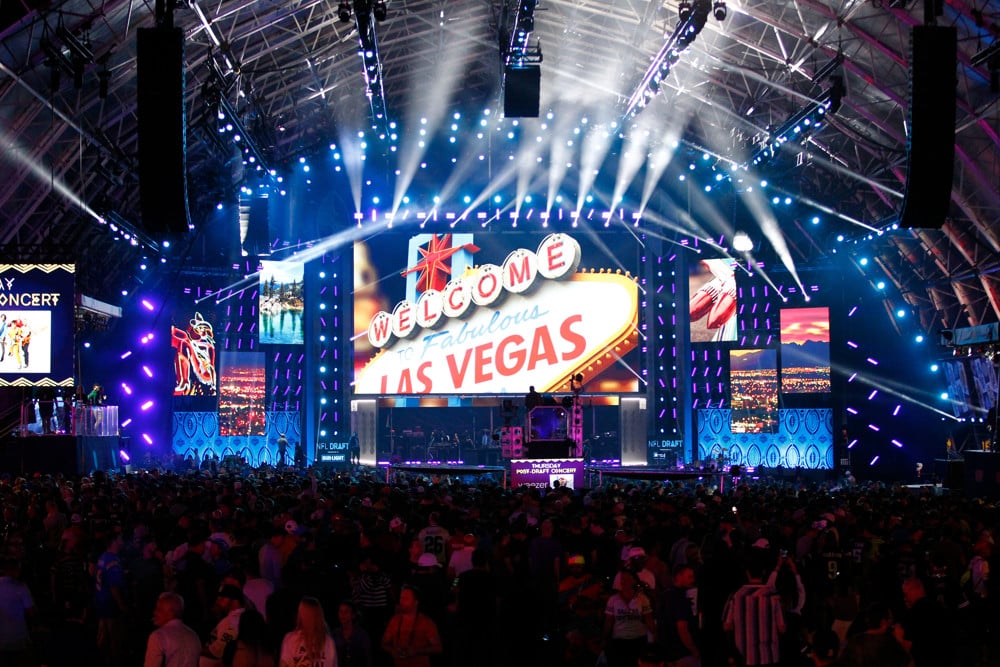 The bulk of this Summer’s dynasty drafts is about to get underway. Keeping this in mind, we wanted to create a dynasty start-up guide for those beginning new leagues. Especially considering there will be many new to the format, it is essential to provide these people with a knowledge base. It is very different from best-ball and redraft leagues, so you’ll also be drafting a lot differently.

In this guide, I will discuss some of the most important things to consider for those just entering the dynasty landscape. For more experienced players, this will provide you with a different perspective. Maybe not every strategy is for you, but hopefully, there is valuable information for everyone. So you’re on the clock! As you begin your draft, use this information to highlight what makes this particular format unique, and have fun!

Adapt to Each Dynasty Draft

Being adaptable is the most essential advice I can give in a dynasty start-up. Every draft will be different, so it’s important not to go in with any set strategy. This is because every draft will be composed of different people. While some managers might want to win now, other drafts could feature owners targeting youth. No matter what happens, there will be unique ways for you to take advantage. Being able to adjust and maximize the value/potential of your team is essential. If done correctly, you can walk out of the draft with a significant leg up on the rest of your league.

For example, a draft with newer managers might go closer to a standard redraft league. If this is the case, take advantage of the falling young talent. You can build a contender for years, although you might have to wait a season. With more experienced managers, many will be more focused on youth or go into a rebuild right off the bat.

This is when valuable veterans that can win you a championship this season will fall down draft boards. The same principle can be applied in other areas as well. There will be drafts you’ll find people are giving away future picks cheaply. In others, you may find it could be Quarterbacks falling in a superflex format. Whatever it may be, capitalize on the value opportunities your league is giving you.

I want to draft the best player available in my ranks regardless of position as well. Filling out starting lineups and drafting based on position runs will lead to missed opportunities. I’ve done superflex drafts where my first seven selections were Quarterbacks. While this may be an extreme example, this is an easy way to accumulate assets; if people undervalue anything, whether Quarterbacks or Wide Receivers, don’t be afraid of hoarding.

You can find trade suitors later and seek a higher return than the draft capital you invested. However, it is vital to note managers won’t want these players immediately; otherwise, they would have drafted them. Be aggressive and look for opportunities to build your starting lineups. Be patient, as this could take a while. It’s more important to make the right trade than a quick trade in this situation.

The apparent mistake many managers make in a startup is going too heavy on either older veterans or upside youth. People on both sides of the spectrum always set their rosters up for failure. Above all, take the best player available, but you want a roster of players with varied experience levels.

If every player you draft is in their rookie or second season, it could be a while before you’re competing. Many managers make this mistake, as it is common to overvalue youth when the goal should be to win. If you’re constantly exchanging valuable pieces for the next breakout candidate, you might always find yourself as a middle-of-the-pack team.

On the other hand, it’s not a good idea to have capital invested in a significant amount of older assets either. Once a player hits a certain age (more on that below), their value will begin to decline. If they suffer an injury or anything, their value will never bounce back. These are what-if scenarios, and it’s more important what players can do for your fantasy team.

However, this puts your team in a very precarious position if these players fail to deliver their expected fantasy output. If, for example, you begin a draft with Mixon, Ekeler, and Kamara, that will be amazing this season. By next year though, they will be impossible to trade. If they all begin to decline, you could be in for a very long rebuild. Finding that perfect balance of players is vital to creating a consistently competitive team.

Despite all my advice, youth still needs to be prioritized. I’m looking at a three-year window with most of my teams. Particularly early in drafts, I want players who will maintain or increase value throughout a three-season window. Although winning in the first year is fantastic, I also want my team to improve each season.

Starting with a foundation of youth and adding win-now pieces later is an excellent strategy. Waivers, rookie drafts, and trades will always give you opportunities to find valuable starters. Already having a base of young talent, though, will put you in a position where any small move could get you over the top.

Furthermore, only three Running Backs 27 or older have finished as an RB1 over the last three seasons. Only four Wide Receivers over that span have finished as WR1s at 29 years or older. While every player is different, we can see a trend of when players begin to decline. With my early-round selections, I avoid players in these age ranges because of this reason. These players’ dynasty value in the community is very volatile.

One serious injury or drop in production with a 27-year-old Running Back and their dynasty value will plummet. Younger players are much more insulated, as they have longer career windows. Therefore, the upside is considerably higher as well. Younger prospects are more likely to start longer for your team, outproduce their expected fantasy output, and increase their dynasty value compared to experienced players.

We go through each round and talk through the different strategies

Decide on a Plan Early in Dynasty Drafts

While one should remain flexible at the beginning of a draft, you want to begin to develop a plan. The first decision should be whether or not your team will compete immediately. You don’t want to be 12 rounds in, and half your team is older veterans, and the other half are rookies. While trading is certainly possible, that’s putting yourself in a difficult situation. Ideally, after my first few selections, I make an assessment.

If I’ve selected players with significant upside for the upcoming season, I’ll aim to win quickly. Knowing this will allow you to maximize on potential veterans falling down draft boards. If my players are younger and need more time to reach their potential, I’ll pivot to a rebuild. This lets you focus on drafting younger upside players and acquiring future picks.

Too often, in deeper dynasty leagues, managers will lose interest at the end of drafts. While 30-rounds can be a grueling task, fantasy assets can be found in every single round. Considering we know there will be valuable waiver pick-ups even in deeper leagues, the objective should be to identify these players ahead of time.

One of my favorite strategies is handcuffing Running Backs in a great offense. They are one injury away from a huge role and can be plugged into your lineup immediately. Examples of these types of players last year were Rashaad Penny and Rhamondre Stevenson. Even if they are a starter for you for just one week, that is all we’re looking for deep in drafts. Don’t let yourself get auto-drafted, and have a reason for making each selection.

Dive deeper into the rankings as preset ADP lists on fantasy platforms quickly become outdated. They are also very shaky after the top 100 players or so as well. Don’t be afraid to “reach” on some players as a result, and avoid simply drafting the top names on the list. For example, I selected Daniel Bellinger in the 20th round in two recent dynasty drafts, which I found to be an incredible value.

He’s getting a lot of hype as the potential starter and is the kind of upside pick I look for that deep in drafts. His ADP is currently in the 21st-22nd round on Sleeper, and I expect that to rise significantly as we get to August. While you might disagree with my assessment of the player, the principle remains the same. You can always find a player who is undervalued with nearly every selection.

Thanks for reading, everyone! I couldn’t possibly get to everything in this one article, so continue your research if you’re a beginner. Also, keep an eye out for more dynasty strategy articles that will continue to come out over the Summer.