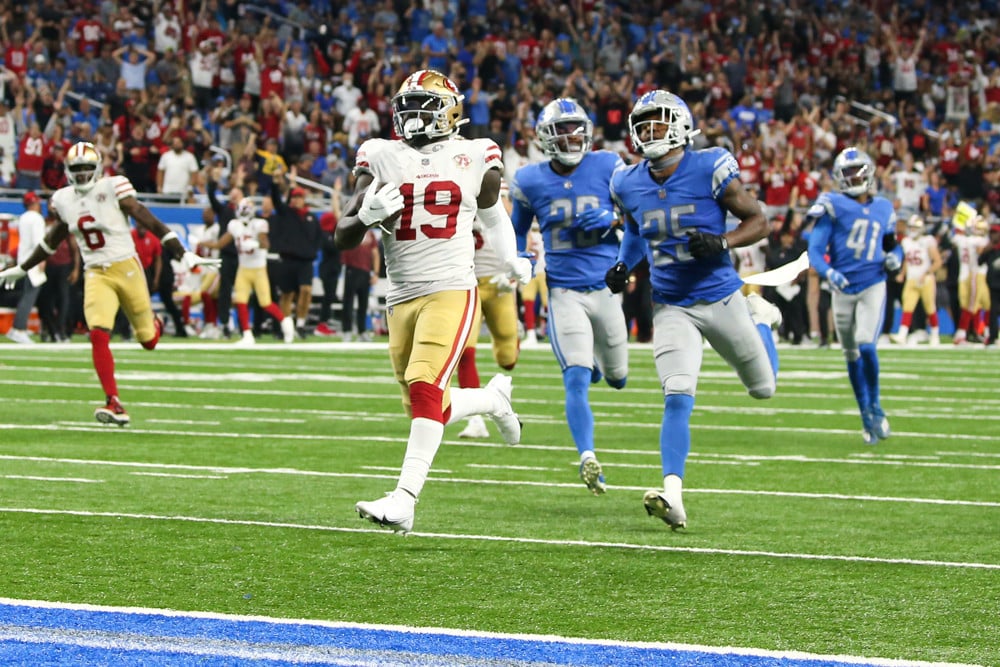 DETROIT, MI – SEPTEMBER 12: San Francisco 49ers wide receiver Deebo Samuel (19) runs into the end zone the score a touchdown during the third quarter of a regular season NFL game between the San Francisco 49ers and the Detroit Lions on September 12, 2021 at Ford Field in Detroit, Michigan. (Photo by Scott W. Grau/Icon Sportswire)

With the preseason underway, we are at the peak of fantasy football season, and there is no better place to draft than on Underdog. Draft and relax as there isn’t any trading, setting lineups, or picking players up off of waivers. Your highest scorers are put in your lineup each week, so it’s perfect for those like me who are in far too many fantasy football leagues.

In the latest episode of the SGPN Fantasy Football Podcast, Andrew Raub and myself (Emerson Beery) discuss Underdog Best Ball strategies. Specifically, how we approach each position going into a draft and some of our favorite value picks. In addition, we dissect some of the latest training camp news, including who’s getting a lot of hype and depth chart surprises. Thanks for listening, and good luck with your drafts this month.