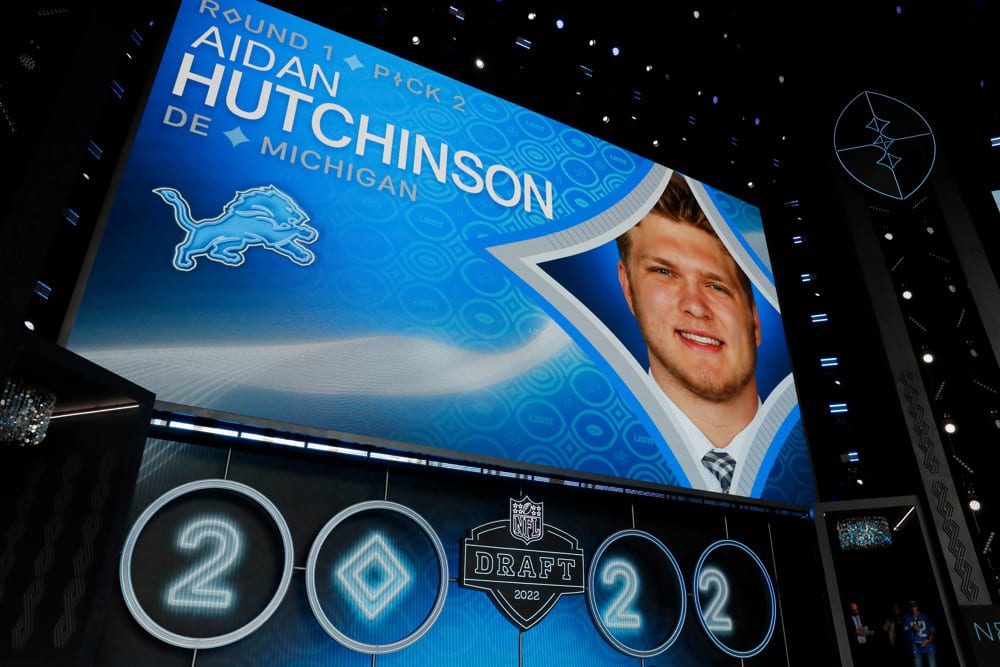 Recently we covered our best 2022 Rookie IDP Redraft options. Explaining a little bit about who’s actually in the running their first year as a rookie IDP DPOY by the numbers. So this time around, we’ll dive into the extended aspect of the game by covering the top 12 2022 Dynasty Rookie IDP Rankings. So if you are new to or a novice manager looking for those possible long-term stashes. We’ve got you covered.

The ranking format we’ll apply for these dynasty rookie IDPs will be a balanced scoring format, which would fit into the default settings of many fantasy football sites like the Sleeper App.

So why such a general description and not nail the score settings down completely? Well, in the process of everyone developing the balanced scoring formats.

The multiple versions everywhere still end up working out about the same. We’ll also weigh in positional scarcity to our dynasty rookie IDP rankings. It’s essential to consider when splitting the fantasy football hairs. And it’s always a simple way of adding long-term dynasty value.

Hutchinson was selected second overall in this year’s NFL draft. It’s arguable he should’ve been the number one overall pick. He’s one of, if not the best, athletes in the class. And his DL/DE, or possible Edge Rusher designation, in fantasy football is golden when we compare potential positional ceilings and add the lack of upper-tier players at the position, which is normally hovering around 12 upper plays a season. Hutchinson has to be the almighty IDP Hail Mary of this class. He’s one with a possible top 5 dynasty DL ranking in the very near future.

Johnson is sliding in at #2 after weighing in the positional value. He was a college outside linebacker pass rusher that’ll carry a DL/DE designation via the Jet’s defensive scheme on most sites.

And in true designations, that’s holding a lot of scarcity value when Johnson hits his prime in the NFL. Because in the day and age of dual designations like seen on the Sleepers App’s LB/DL play. Novice managers will want to stress the fine line of securing options down the road.

Johnson is a first-round talent that’s shown he can get after the QB in college. Something the team needs desperately is he lives up to his draft profile. Especially as the Jets continue to revamp their struggling defense and, hopefully, stop the trend of such a heavy defensive lineman rotation.

1 edge rusher I really like is ⁦@FSUFootball⁩ Jermaine Johnson

Created a highlight reel to show why if #Jets miss out on Thibodeaux or Hutchinson at 4, Johnson is great option later in draft pic.twitter.com/Vry7VI93q3

How does an interior defensive lineman, a position not known to be targeted this early, as high as #3? Well, they normally always come up short here. But in this class, Wyatt brings the ability to get after the quarterback and into opposing backfields from the interior.

Wyatt’s proven he’s capable of strong run defending. Those are the two key things we want from a player playing a position on the interior defensive line. Just draft and invest accordingly. A DT is a low priority in live draft settings. Don’t change that.

As our first dynasty outside linebacker pass rusher ranked. Keep this one thing in mind about Thibodeaux. This is not a general LB play! Unless your league happens to score sack-related stats to the highest degree.

Or, in other terms, a big splash play scoring format. Because this ranking is purely based on Thibodeaux being an Edge Rusher. Or a dual designated or potentially even a DL play. So take note of his positional value before acting on this ranking.

If Thibodeaux is only an LB play on your site. We know the facts, and they don’t average enough combined tackles on top of their bread and butter sack-related stats. There are also only a couple of outliers like T.J. Watt and Micha Parsons getting this done right now, which indicates just how hard it is compared to the designation. And why their ADPs are high as such.

So while Thibodeaux has great Edge play value. The odds he ever overachieves as that standard LB play comes up way short. despite the skillset, opportunity, and anything else he brings to the table.

On paper, Edge Rusher Play Ebiketie and Kayvon Thibodeaux are basically 6A and 6B. Ebiketie has the same upside and will be thrown into the fire early as a second-round investment. Can he overtake recently signed Lorenzo Carter in his first season?

That’s a tough one. But if Ebiketie can get ahead of the learning curve, it will not be tough. His college profile backs up his draft stock nicely. And will pay off big if Atlanta actually continues to focus on the development of the defense unit around him. As well as making him their primary rusher sooner than later.

The number one overall pick was selected solely on his higher-end athleticism. Walker’s got to overcome the NFL’s learning curve and do it as raw as prospects as they can come. He’s not the first of his kind that’ll need to refine his technique over the first few years of his career.

Note the “Edge” in his title. Not marked OLB or DE/DL. I’m not sold what his final designation will be by the time the Jaguars develop his final role.

Mafe bios positionally like #6, Kayvon Thibodeaux. And here we’ll go as far as saying that their metrics match coming out of college. But Mafe is definitely one we need to point out that it’ll take a dynasty draft to warrant the wait.

A few things will really need to change over the next couple of seasons in Seattle for this ranking to hold. From the team using an over-rotated unit to lackluster talent. It will likely be the post-Pete Carroll era before we see Mafe’s ceiling.

Even the best-profiled rookie DB Hamilton couldn’t overcome this position’s huge player pool. And, as a matter of fact, he didn’t make our Rookie Top Redraft Options shortlist. That’s mainly because he’s going to be in a deep rotation as long as the current coaching staff is in place.

Otherwise, his a prime example of the new hybrid linebacker – safeties emerging. The only difference is he’s more DB than LB. But we’ll be waiting for his dynasty value. And when the consistency starts being recorded in years, not games. Keeping in mind the whole time, he plays alongside two solid veteran safeties.

*Played 856 coverage snaps over 3 years and has only given up 1 TD per PFF.
*Playing DB/LBpic.twitter.com/E5iWlGkyl0