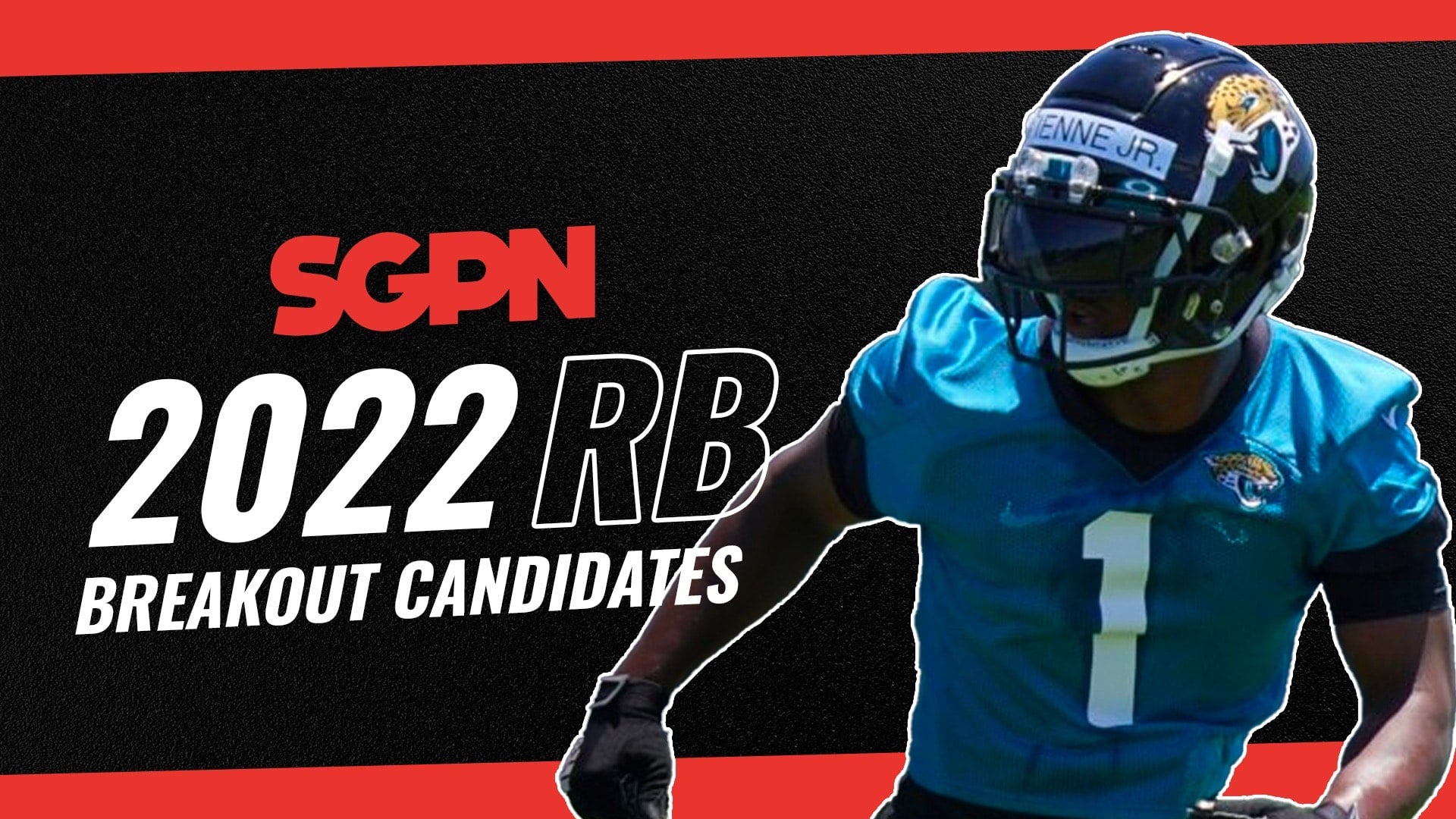 Drafting Jonathan Taylor in 2021 was helpful to your team; Taylor’s cost significantly impacted getting him at the back end of your 1st round or even at the beginning of the 2nd round of some leagues.

Sorry to inform you that if you are not picking in the top one or two in your 1QB leagues, you will not have the option of drafting Jonathan Taylor.

There is still plenty of good RBs in the first round, but you will only be able to get one of them. We will look at some options for breakouts, but first, let’s look at what we can learn from 2021.

First, let’s look at the top 12 RBs last year and see what they had in common to help figure out some potential candidates.

What does this mean? When looking for your breakout candidates, you are looking for running backs who are involved in the passing game and get goal line opportunities. Grabbing these types of players on productive offenses will increase their odds for success.

You can’t predict injuries, which will always be an important factor with running backs, but grabbing RBs on high-scoring offenses increases odds of both goal line touches and scoring opportunities.

Etienne had high expectations last season, and a foot injury in pre-season cut those short. This was just the first of many tough breaks for the Jaguar’s offense in a season they would like to forget. The good news is that they cut their losses with Head Coach Urban Meyer.

Plus, Travis Etienne is almost a full year since his injury. His only competition in the backfield is unlikely to be ready in week one and is coming off of a torn Achilles at the end of the season last year.

Etienne is on everyone’s breakout list, and everyone is telling you to draft him. However, he is still being drafted in the 4th or 5th round in redrafts or best ball. He will be heavily involved in both the running game and the passing game, I have high expectations for Etienne this year, and he is the perfect RB2 for your team.

Swift started to breakout last year as Anthony Lynn was peppering him with targets, and then Lynn got his play-calling duties taken away. Swift was just fine as a runner even without the 8+ targets. Unfortunately, he suffered a shoulder injury on a sideline tackle and his season derailed.

He is currently coming in as the RB4 in Dynasty ADP. Therefore, you have to pay for him at his ceiling.

Not someone you should buy and likely someone you should sell in dynasty because of the value. But, in redraft, he is being drafted at the end of the 1st and beginning of the 2nd. His skills as a receiver and runner make him a candidate for a top 5 season, even in an offense with some question marks.

Akers never really broke out, he had some good games at the end of the season, and with the addition of Matthew Staff, we all projected a breakout before the Achilles.

He came back the last offseason, and the team went straight back to him. His efficiency metrics were not great, which is the risk you are taking and why his price is where it is.

This will be one of the best offenses in the league. If Akers is getting the touches he gained during that playoff run; he will be a good fantasy option. The Rams were one of the highest-scoring teams last year, and their RBs were used heavily around the goal line and in the passing game.

An average of 1.5 rookies end up in the top 12 RBs, and no one has better odds than Breece Hall. This offensive line and offense have had many significant changes in the past two seasons. Breece Hall has the ability as a runner and receiver to be an elite fantasy producer.

Even if he shares some with Michael Carter, if Hall can get 250 touches which is less than 15 touches a game, he can easily end up as a top 10 option. He is going in the 4th round of redrafts right now.

Breece Hall lived up to the hype during his Combine workout.

Isaiah Spiller’s stock dropped this off-season due to a poor combine, but I am in love with this landing spot. I am not concerned with the 40 time; plenty of great fantasy running backs did not run a 4.3 or a 4.4.

Spiller is a perfect complement to Austin Ekeler and more than just a handcuff. This high-powered offense ended the season as #2 in RB touches at the goal line.

Austin Ekeler finished the season with 20 TDS, which is unlikely to repeat. This is an offensive coordinator who helped deploy Mark Ingram, Alvin Kamara in New Orleans, and Ekeler, a 28-year-old back who has missed time each year as a starter. I love Spiller and have him inside my top 36 RBs in redraft. I have him as my #11 ranked rookie in rookie drafts.

I know, I know Melvin Gordon is back. This is not exactly good news, but I do not take this as bad news. Javonte Williams was never going to have the backfield entirely to himself, which could present a buying opportunity for dynasty.

But this is going to be a much better offense this year, and even with Melvin Gordon taking a good share of the RB snaps. Williams is set up for success and could still end this season as an RB1.