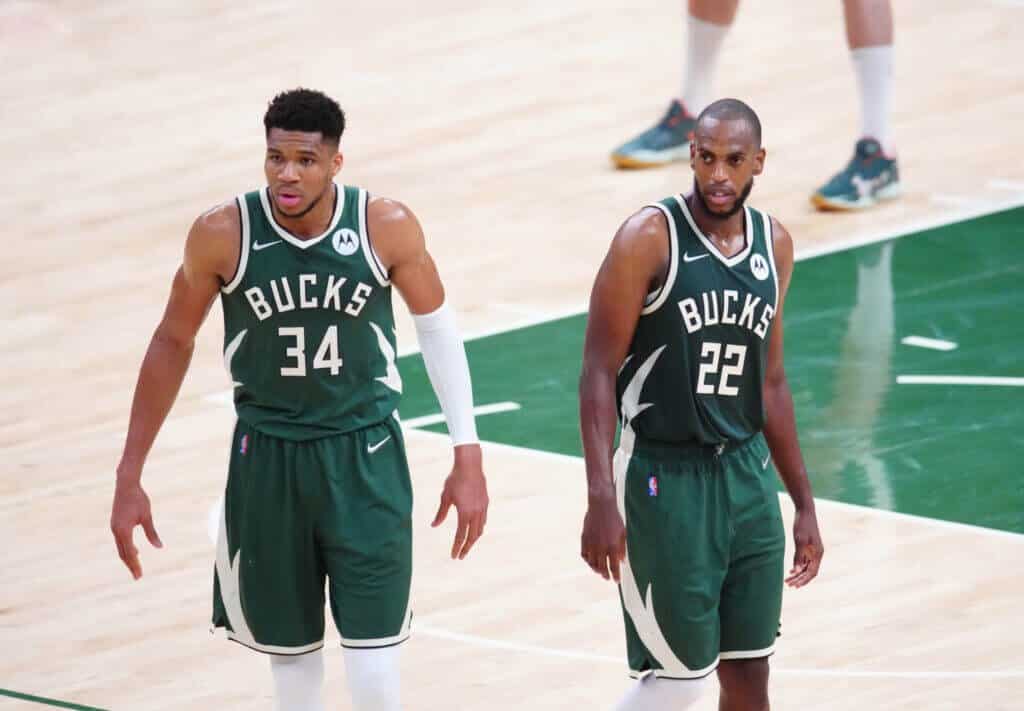 The Bucks are the defending NBA Champions. For the past few seasons, they had been the top team in the league during the regular season and then failed to meet expectations in the playoffs, often painfully. Last season they only finished third in the Eastern Conference but hit their stride in the playoffs, especially in the NBA Finals, winning their first title in 50 years.

Looking a little more closely at the regular season you see a team that plays with pace and isn’t hesitant to take a three-pointer. They certainly buried some teams with a barrage of threes, but if they are not falling this team can struggle as Giannis Antetokounmpo can only do so much for 82 games.

Milwaukee has kept most of its championship core from a year ago. The only starter who left was forward P.J. Tucker, but his spot only became available after Donte DiVincenzo went down early in the playoffs. They have added depth pieces with the return of guard George Hill, plus the additions of wings Grayson Allen, Semi Ojeleye, and Rodney Hood.

Hill, Allen, and Hood offer even more outside shooting while Ojeleye gives the Bucks a solid defensive player that can guard multiple positions. Tucker was an all-effort guy for sure, but they are just as talented as they were a year ago and definitely have more offense than they did in the playoffs.

Now you can’t say this team just doesn’t know what it takes to win in the playoffs.  When you factor in that Giannis is seemingly indestructible, I am not sure why the Bucks are not the favorite to repeat as Eastern Conference Champions. Brooklyn is already dealing with Kyrie Irving headaches and Philly has just a bit of uncertainty with the whole Ben Simmons situation. The Bucks have the talent and the continuity to get back to being the top dog in the regular season without all the “prove it in the playoffs” questions.

Think you know who is going to win it all this year? Check out the latest NBA Championship Odds.

Portis has long odds but a narrative advantage after all of us saw him contribute in a big way to the Bucks title last season. Portis averaged just 11 ppg in just 20 mpg last season, but he has earned the trust of the coach and I expect those minutes to increase this season. If he is playing in closing minutes with regularity he is going to have a great chance to make a bigger impression and increase his numbers in his second season with the Bucks.

We all know that guard Jrue Holiday can score, but in his first season with the Bucks, it took him a little while to get going. He also played the fewest minutes he had in four seasons. In year two he is going to play a little more and be more in the flow of what they want to do. Holiday might be a better real-life player than a fantasy player, but at the same time, he can grow his production. Look for 20 ppg and 8 apg. Not many players can top that.

You can marvel at how Lopez has changed his game over the years to fit his game into what Milwaukee wants, but that doesn’t change the fact that his minutes are declining and his production has plateaued. There might not be a lot of great options at the center position, but there are more interesting options with real upside.