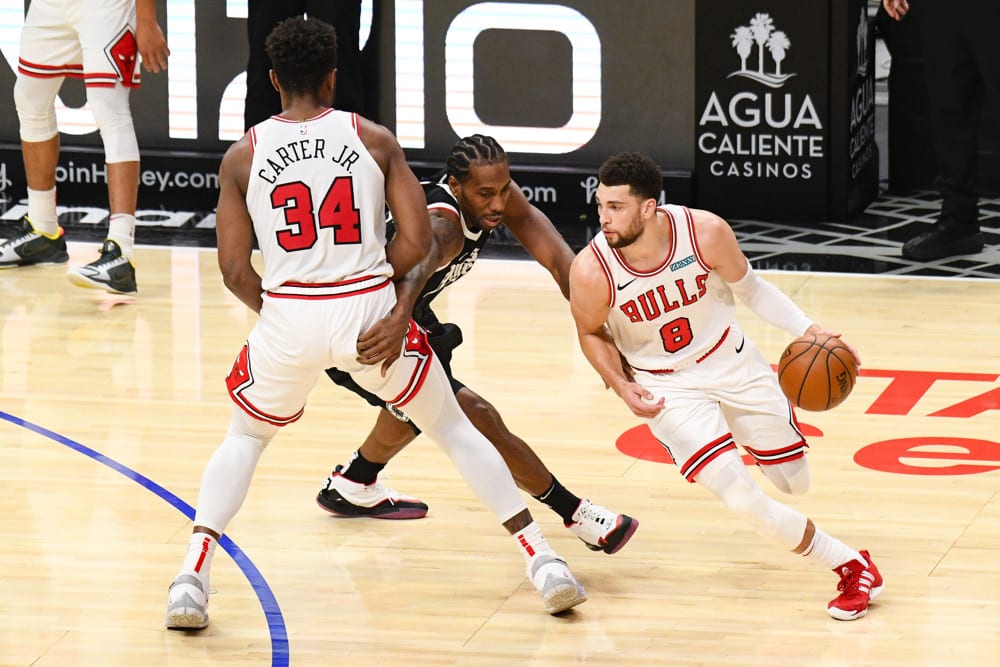 Last season the Chicago Bulls finished with a record of 31-41. The Bulls were in contention for a spot in the play-in tournament but fell a bit short. However, the Bulls started building a contender at the trade deadline last season. The Bulls acquired Orlando Magic All-Star Nikola Vucevic for players and a first-round draft pick. The direction of the Chicago Bulls is clear: build a playoff-caliber team around Zach LaVine and Nikola Vucevic.

The off-season was a huge victory for the Chicago Bulls. They headlined the off-season and free agency by acquiring Lonzo Ball and Demar DeRozan. I love these moves for the Chicago Bulls. It brings them defensive-minded players along with a sure-fire point guard and another scoring option besides Zach Lavine. Furthermore, if the Bulls want to keep Lavine around they need to have a winning season and make the playoffs. A projected starting lineup of Ball, Lavine, DeRozan, Patrick Williams, and Vucevic should have the Chicago fan base excited!

I love the moves the Chicago Bulls made this off-season. Now the pressure is on Billy Donovan to make this work and find the right strategy and game plan to guide the Bulls back into the playoffs. In addition, the acquistion of Lonzo Ball gives the freedom for Lavine to play off the ball and do what he does best and score the ball. Furthermore, DeRozan adds another scorer and late game clutch player for the Bulls. Let’s also not forgot the young talent of Patrick Williams and Coby White.

Billy Donovan Coach of the Year +1000

The roster upgrades the Bulls made this off-season now puts the pressure on Billy Donovan to produce on the floor. Now that Donovan has one year under his belt with the Bulls organization. and going through the growing pains of a new system. this team should take a leap in year two. If Donovan can guide the Bulls to a winning season and a playoff berth, he should be in the conversations for Coach of the Year.

Nikola Vucevic has been a double-double machine for his entire career – he’s averaged 16.9 points and 11 rebounds per game. However, over his last three seasons Vucevic is averaging close to 20 points per game and 12 rebounds. Vucevic is a threat from outside the paint and also from beyond the arc. Vucevic can be a great option at the center position.