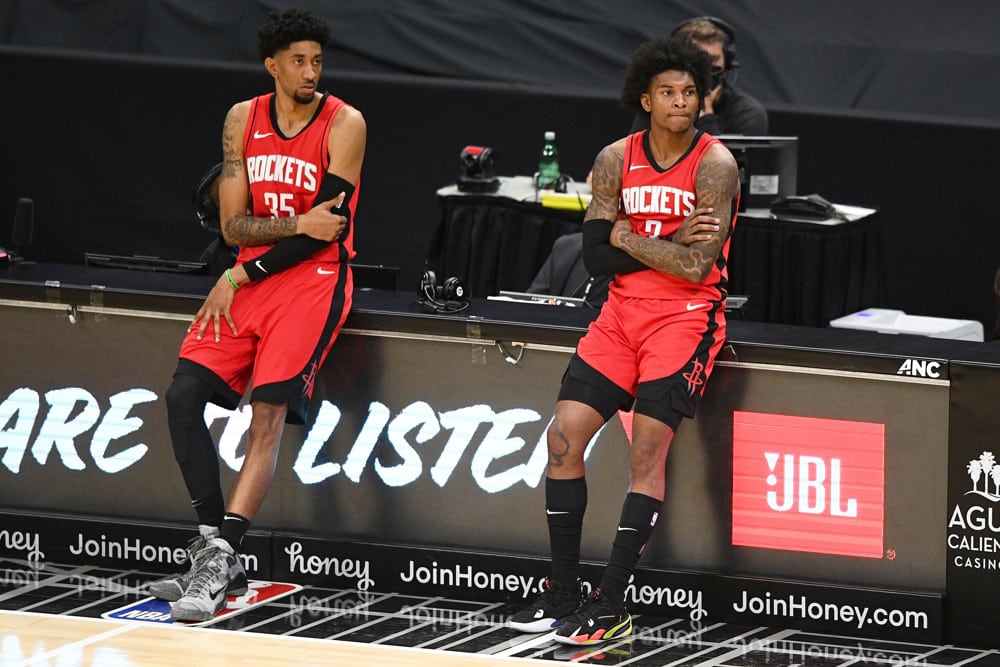 The Houston Rockets have officially entered the post-James Harden era in Houston. After the blockbuster trade last season that sent Harden to the Brooklyn Nets, the Houston Rockets finished with the worst record in the Western Conference at 17-55. As a result, this netted the Rockets the 2nd overall pick in the 2021 NBA Draft. Now that the dust has settled, the post-Harden era rebuild is underway for the Rockets.

Rafael Stone had an incredible NBA Draft this year. The Rockets selected future star Jalen Green, along with Alperen Sengun, Josh Christopher, and Usman Garuba. Also, let’s not forget that the Rockets landed Kevin Porter Jr. in a trade with the Cleveland Cavaliers. The rebuild is well underway for the Rockets with a group of young players. However, news came down that John Wall and the Rockets will work towards a trade to continue his career with a team that is contending for a championship. This makes complete sense because Wall currently does not fit into the future plans of the Rockets. Let’s also not forget the Rockets have Christian Wood on this roster anchoring the front court.

It’s not a surprise the Rockets have one of the longest odds to win the NBA title, let alone make the playoffs this upcoming season. As I mentioned above, the Rockets are rebuilding and are looking for ways to cut salary. Trying to be a contender is an afterthought right now for Houston. Furthermore, the Rockets have tons of draft capital after making trades over the last season. In addition, every team in the Western Conference except for the Rockets and the Thunder think they have a chance to make the playoffs. I believe the Rockets will be more than happy to land a top-five pick again in the lottery next season to land a star player alongside Jalen Green.

Jalen Green Rookie of the Year +275

Jalen Green has the potential to be a 20+ points per game scorer in this league. We saw flashes of this during the NBA Summer League. I believe that Green is the best player in the draft this year. Furthermore, the Rockets lack scoring power since the departure of James Harden. Jalen Green will fill that void nicely for the Rockets. We know this award is based on stats. Jalen Green is coming in with a chip on his shoulder and he will put the league on notice. In fact, I will not be surprised if Green averages 20 points per game this upcoming season.

As I mentioned above, the Rockets have plenty of young star power on this team. But, last season we saw flashes of what Christian Wood can be in this league when healthy. Last season, Wood averaged 21 points per game, 9.6 rebounds, and 1.2 blocks in 41 games. Wood is no stranger to knocking down jump shots also. Early on I believe Wood has the potential to fill the stat sheet for the Rockets and is a solid option at the center position for your fantasy basketball team.

The Rockets are in a full youth movement. The question becomes where does this leave Eric Gordon? There are several players on this roster who need the basketball in their hands to be effective. The Rockets may trade Eric Gordon to a contending team who will more than likely come off the bench. As a result, Gordon may have a diminished role and reduction in minutes.