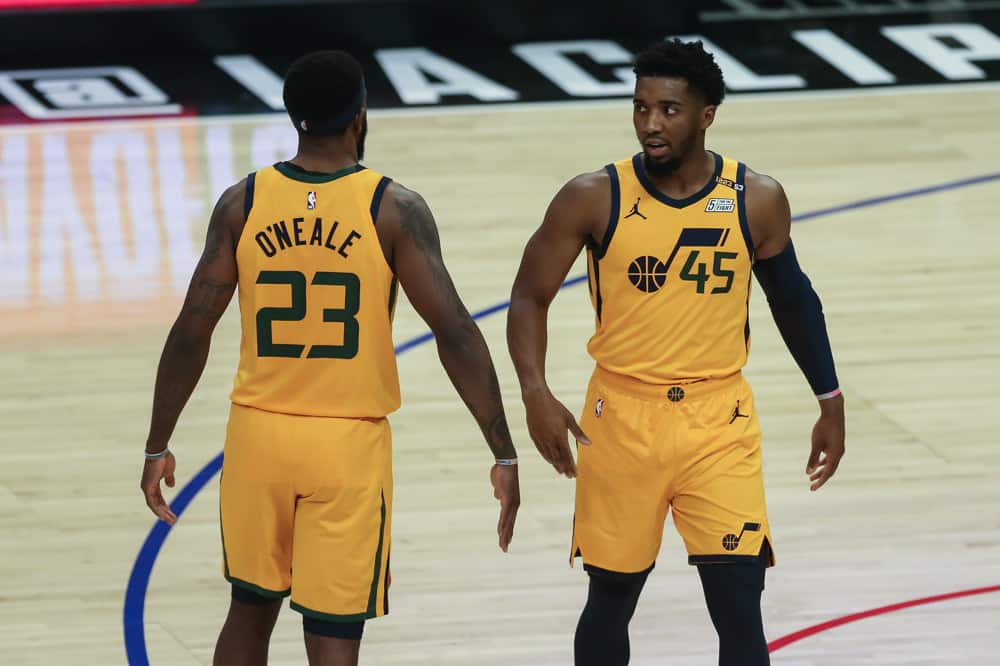 After another strong regular season, the Jazz were a disappointment in the playoffs, being eliminated by the Clippers, even though Kawhi Leonard was down for the series. At times they definitely looked like the best team in the league, as they were just as good on offense as they were on defense a year ago (third and fourth in the NBA, respectively). Despite the ratings, though, the Jazz never seemed like a team to fear. They just had a way of getting you off your game during the regular season. In their playoffs disappointment, it was clear that they just don’t have the star power of the better teams in the league. Donovan Mitchell is very good and took some heat about that during the season. He actually responded but against the likes of Paul George they just didn’t have enough. Utah’s greatest weakness was on the wings where their defense really struggled. Will this season be more of the same? Here’s our 2021 Utah Jazz Preview & Gambling Guide.

Coming off the best record in the Western Conference, the Jazz have not tinkered all that much with the formula for this season. They have no new projected starters but have tinkered on the margins with the additions of Rudy Gay, Hassan Whiteside, and Eric Paschall. They also drafted Jared Butler, a familiar name off of Baylor’s NCAA title team.

For most of his career, Gay was known as a gunner, but the veteran has kept himself in shape and developed some real versatility, especially with San Antonio last season. Whiteside’s addition means they can rest Rudy Gobert and still play big when they want, while Paschall can give them some inside force and some outside shooting. Gay has the best chance of this group to make an impact.

With so much continuity I would be surprised if the Jazz did not have another strong regular season. They won 52 games during last year’s shortened season so there is a good base to build on and a return to the regular schedule format means more games against division lightweights Minnesota and Oklahoma City, plus I think Portland is going to be down this season too. I love the Jazz to get pushed by the Nuggets for the Northwest Division title but they can finish second and still best this mark with ease.

This award usually goes to the player with the highest scoring average off the bench. Clarkson won last season and there is nothing that has really changed in terms of his situation or skill set to think he can’t be right there again. He has only won it once so I don’t think there will be any fatigue in choosing him again like there are with some other NBA Awards. Since 2010 there have been two players that have even won it three times (Jamal Crawford and Lou Williams).

O’Neal has primarily earned his role with the Jazz through his defense – he is their best perimeter defender and usually draws the toughest assignment. He has seen his scoring and rebounding go up every season and is a good enough shooter from deep (38%) that he can be out on the floor in every situation. This is the year he breaks through with his first double-digit points season.  I can see 11 ppg and 7 rpg. That is just a couple of more buckets per game.

Ingles can still be a solid player for the Jazz, but the addition of Gay could eat into his time, and so does having a healthy Mike Conley Jr from the start of the season. Last year he had his best season in the NBA, with career highs in FG% and 3%. He is 34 though, so expecting him to maintain that level is going to leave you disappointed. His minutes have been on the decline for three straight seasons so if that happens again and his efficiency drops too, what are you getting?