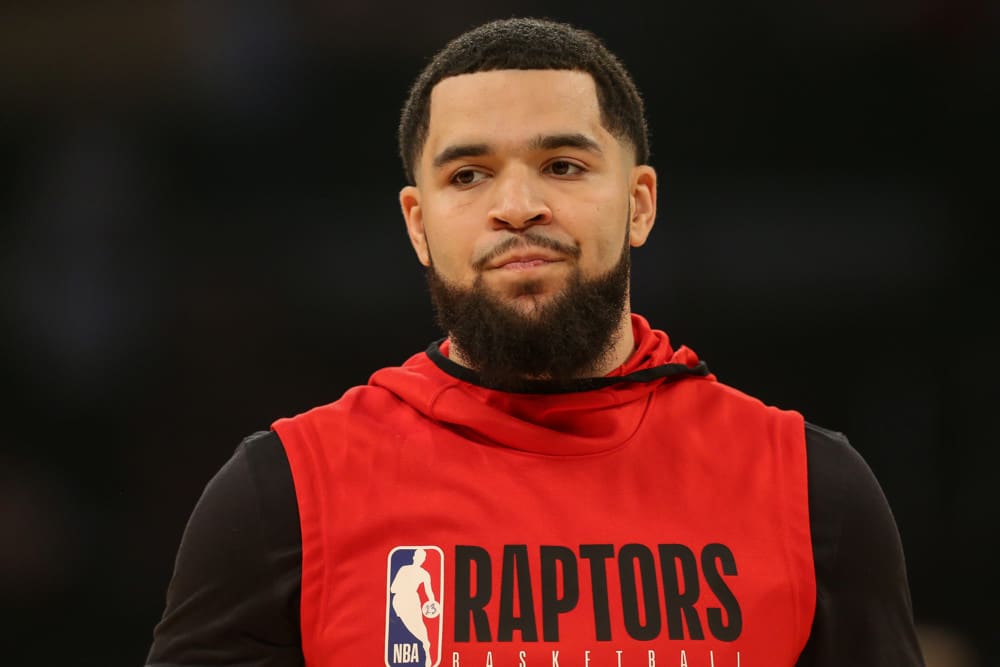 While the past year and a half have been hard on everyone in the world, it’s been especially hellish for the Toronto Raptors and their fans. Forced to play in Tampa instead of at home due to pandemic restrictions, it was a miserable season for the dinos. Finishing 27-45, it was their worst season since 2011/12. Additionally, the injury bug bit them hard, with Pascal Siakam missing 16 games, Fred VanVleet 20, Kyle Lowry 26, and OG Anunoby 29. You’re not going to win many games, regardless of home arena, with luck like that.

The old adage “you can never go home again” is being disproved by the Raptors this year, as they’ll be back in the cozy confines of the Scotiabank Centre in Toronto. After going 16-20 at “home” in Tampa’s Amelie Arena last season, it’ll be nice to be back in front of the rabid Jurassic Park fans, where they were 26-20 in 2019/20 (and 32-9 the year before).

The other big change this year is that for the first time since the 2011/12 season, Kyle Lowry will not be running the show for the team. However, even with perhaps the greatest Raptor of all time out of the door, there were some positive additions to the roster. First off, all that losing and bad luck last year had a silver lining, as the draft ping pong balls bounced their way, netting them top prospect Scottie Barnes with the fourth pick. He should see plenty of time off the bench at both forward spots. Plus the Lowry sign and trade brought back another veteran point guard in Goran Dragic, who should excel off the bench with the second unit.

Last season was the first time since 2012/13 that Toronto failed to make the playoffs. I’m saying they’re back in the “second season” this year. Knock on wood, but there’s no way all their key players are going to miss significant time this season due to injury or illness. A core of VanVleet, Gary Trent Jr., Anunoby, Siakam, Khem Birch, Dragic, Barnes, and Chris Boucher looks like the makings of a playoff squad to me, especially in the East. They’re young PLUS experienced.

And they aren’t getting into the playoffs by winning 35 games or less, so may as well add the over 35.5 wins on there as well. Parlay them. Make some money.

Goran Dragic to win Sixth Man of the Year Award +1500

Let’s sprinkle a little bit on Goran Dragic to be named the top bench player this upcoming season. He’s going to be the veteran leader off the bench for the team, and probably will see minutes down the stretch as well. He should be good for a scoring average in the teens and three to four rebounds and assists per game, which will have him in the running for the award, especially if Toronto bounces back and is in the playoff hunt again this year.

Fred VanVleet is the top-rated Raptor in terms of fantasy, going around 27th. I might take him even higher, as with Lowry gone the ball will be in his hands even more. He’ll get you stats in pretty much every category. Pascal Siakam technically had a “down” year last season, yet averaged 21 points, seven boards, five assists, and a steal per game. If that’s a down year, and he was injured and ill for most of it, he’ll be a steal at his current average draft position of 54. And I’m always game for drafting OG Anunoby, as he gets better each and every season.

I’m not liking Chris Boucher at an ADP of 61, however. I don’t know if the minutes will be there for him for a draft slot this high, as fellow Canadian Khem Birch is currently penciled in ahead of him in the rotation. Although Boucher did put up great stats in only 24 minutes of action last season, so who’s to say.