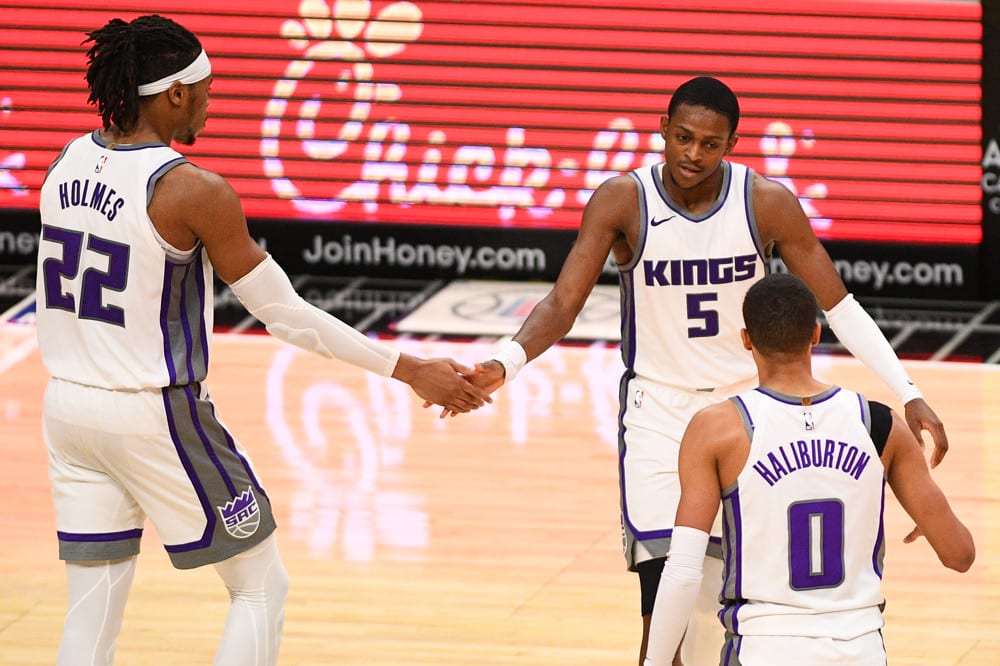 It’s been 15 seasons since the Sacramento Kings have enjoyed a winning season. The same can be said as to the last time the team has been to the postseason. Northern California fans suffered through yet another disappointing year in the Nation’s Capital. Of course, no one was inside the Golden One Center to see it, but this season fans return in the hopes of a better outcome. De’Aaron Fox was a lone bright spot in an otherwise dark season. The young point guard averaged just north of 25 points per game. That was enough to land him one spot outside of the Top 15 in the league. The Kings also found themselves without the services of their 2018 second overall pick Marvin Bagley III which did not help matters much. Defense was an issue more than anything as the Kings ended near the bottom of the league in most categories.

Outside of Magley III’s return to the lineup, not much has changed for the Kings heading into the new season. Sacramento drafted shooting guard Davion Mitchell with their first pick of the 2021 draft. They hope he will add a spark to the team on both sides of the ball and improve their output from last season. Several players, including the newly added Mitchell, believe this team is primed for that improvement. Sacramento will need that kind of enthusiasm entering what poses to be another challenging season.

Since the 2006-07 season, the Kings have finished a season with 37 or more wins twice. In 2007-08 they logged 38 wins, and in 2018-19 they bettered that by one, winning 39. Outside of that, they have endured more seasons of sub 30 game wins than seasons over 30 wins. The team did little in the offseason to address any of their glaring defensive shortcomings. That leaves them in basically the same situation as last season. Last season, Sacramento managed a meager 31 total wins. Insanity is defined as doing the same thing over and over again and expecting the same result. By rolling out almost the same cast of players as their losing season, the Kings could very well fit that bill. At the current line, you can still get a decent return on your initial bet.

To be perfectly honest, there are no safe bets when it comes to this team. That said, Marvin Bagley III has yet to offer any real value to his team. His name has been tossed around in trade rumors in each of the last two seasons. If there was any Kings player to even attempt to toss money down on a bet, this is about as good as it may get.

No one on the team realistically has a shot at MVP, Rookie of the Year, or even Sixth Man, so those are out. What’s more, this bet can still cash even if the Kings do send him away. He very well could get dealt to a better situation and flourish in a way he wasn’t able to in Sacramento. It obviously doesn’t take a big bet to love this play if you choose to play it, but it’s also not for those who are faint of heart.

As had been established, De’Aaron Fox was last season’s offensive standout. He led the team in points per game and assists. He also pitched in defensively, leading the team in steals. His current ADP has him going off the board 40th overall. Currently, he’s projected to top his 2020 output by almost 400 points. Fox is by far the best fantasy option on the team, but he’s not the only one. Teammate Buddy Hield was the only other King who registered over 1,000 points. Hield was third on the team in assists and steals. His 68th overall ADP has him on the cheaper side of the fence as well.

One other player to keep an eye on is second-year point guard Tyrese Haliburton. In his rookie season, Haliburton hung with the best of his teammates. He ended the season with the fifth-most points on the team, second-most assists, and second-most steals. He’ll look to improve on his initial NBA season and grow alongside his veteran teammates.