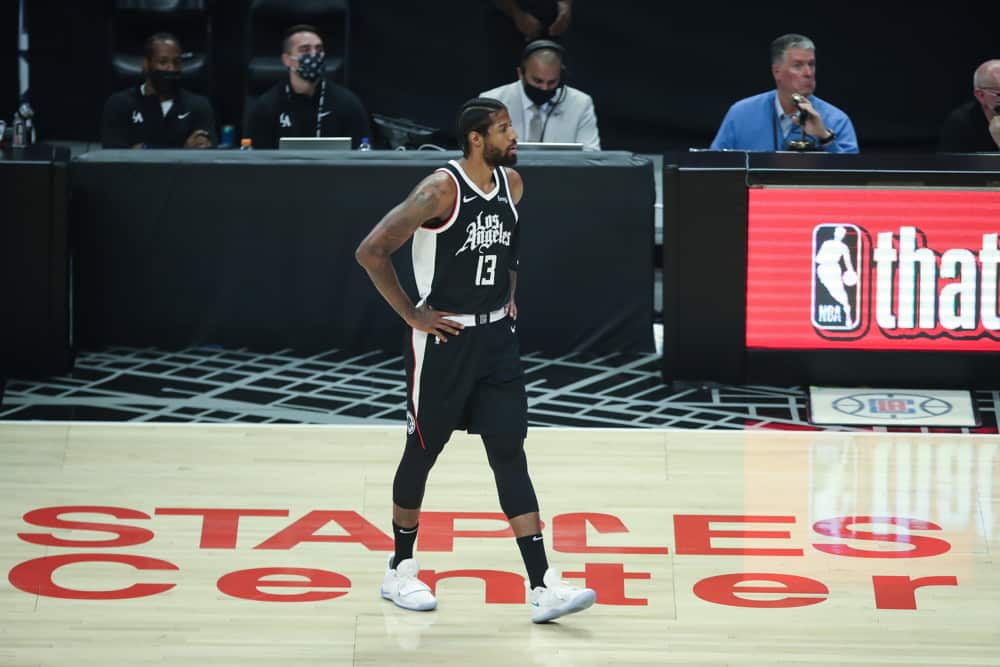 The 2020-2021 season had a bitter ending for the Clippers. Kawhi Leonard was diagnosed with an ACL tear he suffered against the Utah Jazz. Without their star player, the Clippers were eventually sent home in the Western Conference Finals by the hands of the Phoenix Suns. Nonetheless, Paul George and Reggie Jackson stood out for the Clippers last season. After a lackluster 2019-2020 postseason for George, he was on his “redemption” tour. However, the future looks a little bleak due to the ACL injury to Leonard. Here is the 2021 Los Angeles Clippers preview.

The Clippers are off to a tough start for the upcoming season due to the injury to Kawhi Leonard. Even though there are reports that Leonard is ahead of schedule, I expect him to miss the majority of the season. I won’t be surprised if he misses the entire season because let’s face it, Leonard likes to load manage. However, the Clippers were able to re-sign Reggie Jackson and also traded Patrick Beverley and Rajon Rondo in a package for Eric Bledsoe.

The good news for the Clippers is that they return the majority of their roster, which helps keep the continuity and chemistry. There is plenty of guard help on this team between Eric Bledsoe, Reggie Jackson, and Terrence Mann. Mann, broke out last year for the Clippers and he should make a big contribution this year in the absence of Leonard. The Clippers should also see Serge Ibaka return to the floor after missing significant time with an injury.

As I mentioned above, Kawhi Leonard will more than likely miss the entire season due to a knee injury. It is difficult to compensate for the loss of your best player on the roster. In addition, I am not sure Paul George will stay healthy all season for the Clippers to have success. Sure, the Clippers have decent guard play and were able to retain Reggie Jackson, who was great for them during the postseason last year. But again, losing your best player is difficult. I believe the Clippers will make the playoffs but I believe it will be as sixth or seventh seed.

Paul George To Average Over 25.8 Points Per Game

As discussed above, the keys are in the hands of Paul George with the absence of Kawhi Leonard. Last season in the playoffs George played exceptionally well for the Clippers. Now is the chance for George to carry this team and prove he is a top 15 player in the NBA. Last season, George averaged 23.3 points per game – asking him to average 2.5 more points per game is not a tall order, especially with the absence of Leonard.

Reggie Jackson had a phenomenal run in the playoffs last season. But the pressure is on even more for him to provide help to Paul George. Jackson has the ultimate green light in this offense and is a player who can not only score points, but knock down the three-point shot, and pile up assists. Jackson is a great option to have on your bench, just in case.