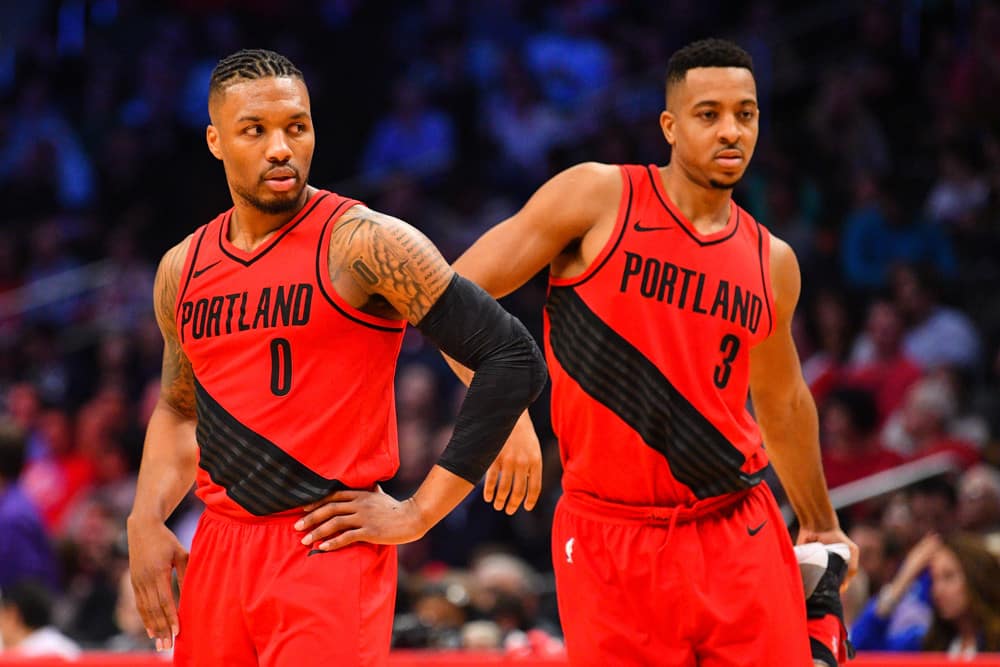 It was another disappointing year for the Portland Trail Blazers in 2020. Despite finishing with a 42-30 record and making the playoffs, the Blazers had yet another first-round exit at the hands of the reigning MVP, Nikola Jokic, and the Denver Nuggets. Even with the Blazers acquiring Norman Powell last season in a trade with the Toronto Raptors, it was not quite enough. This Portland Trail Blazers preview is going to have some interesting personnel changes and player movement.

When the season ended for the Blazers, we all knew there would be significant changes coming to Porltand. There were rumors that Blazers superstar Damian Lillard was frustrated with the front office. However, Lillard quickly shut down those rumors and said he was committed to the Blazers….for now. Let’s get into the Portland Trail Blazers preview!

When the 2020-2021 season was officially over for the Blazers, the organization and former head coach Terry Stotts mutually agreed to part ways, opening up a vacancy at the head coaching position. There were primarily two names linked to the vacancy: Jason Kidd and Chauncey Billups. Eventually, the Blazers decided to hire Chauncey Billups after Jason Kidd “withdrew” his name from the search, and eventually took the head coaching job with the Dallas Mavericks.

The Blazers made plenty of moves in the off-season, player personnel-wise. First, the Blazers re-signed Norman Powell to a long-term contract of five years. The Blazers also added Cody Zeller, Ben McLemore, Patrick Patterson, and Tony Snell. In addition, the Blazers traded for former Cavs forward, Larry Nance Jr. to bulk up the frontcourt. This will be a big year for the Blazers – will Lillard decide to stay in Portland or continue his career elsewhere. Time will tell and the clock is ticking on the Blazers.

CJ McCollum Under 23.5 Points per Game

C.J. McCollum has been great scoring the ball for the Blazers. However, someone will lose ball share with the re-signing of Norman Powell, who is another player that can score at will. Last season, McCollum averaged a career-high 23.1 points per game, but I believe this will be difficult for him to repeat this season with the added shooting and added front-court depth on this team. In addition, Nurkic will start the season healthy, where last season he missed time due to a variety of injuries.

The Portland Trail Blazers stop and go with Damian Lillard. But I am high on having Norman Powell as the third scoring option, possibly even a second option, on this team. We’ve seen over the years that both McCollum and Lillard have missed time due to nagging injuries. Powell possesses the ability to score the ball, knock down three-point shots, rebound, and get steals. Now, I am trying to find players who are good depth options outside of the obvious of Lillard and McCollum.