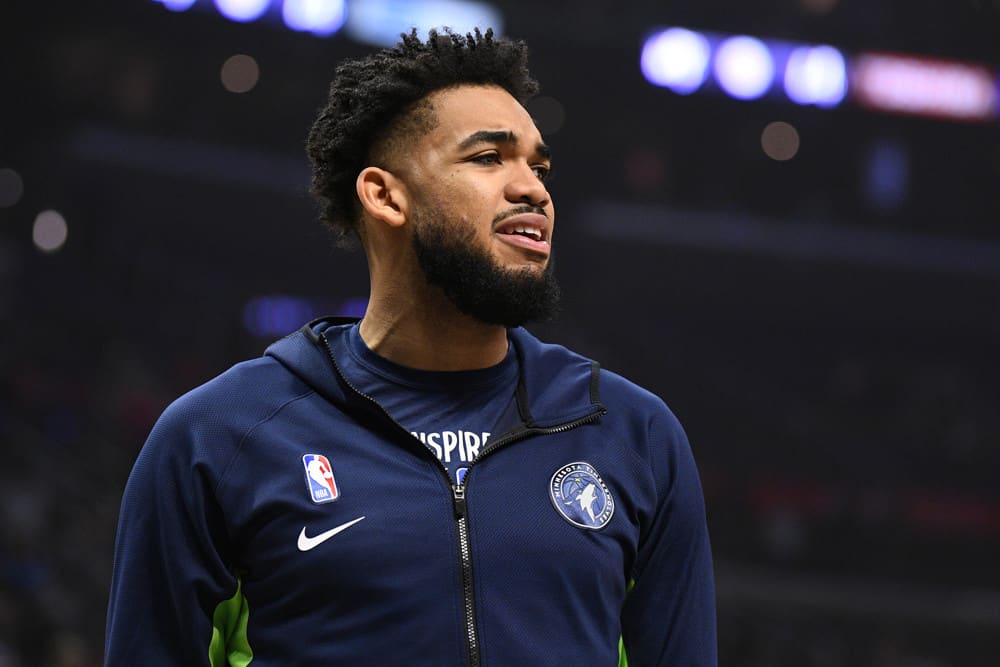 The 2020-21 season went about like how Minnesota Timberwolves fans pictured it going. The team struggled before changing coaches midseason. Although blaming injuries always seems like an easy copout, the only Timberwolves key player to not miss time due to injury was number one draft pick, Anthony Edwards. Minnesota fired coach Ryan Saunders and brought in Chris Finch during the season. This move should give T’Wolves fans some hope. The team was 7-24 under Saunders and improved to 16-25 under Finch, who was navigating with a weakened team.

There won’t be too many changes for the Timberwolves this new season. The team didn’t make many moves this offseason. Minnesota will once again feature Anthony Edwards, Karl-Anthony Towns, Malik Beasley, D’Angelo Russell, and Jaden McDaniels with Jarred Vanderbilt, Josh Okogie, and Naz Reid in rotation as well. The Timberwolves picked up veteran PG Patrick Beverly via trade. They also added SF Taurean Prince in a deal that sent Ricky Rubio to Cleveland. Chris Finch enters his first full season as coach, and it will be interesting to see if he can build on his 16-25 record as the head coach of Minnesota.

Injuries played a part in the 23-49 record of the Timberwolves last season. However, I’m not convinced they will win 13 more games despite having a healthy team and having played better under Finch. Minnesota is going to have one of the toughest schedules in the NBA this year. Their season won’t let up much until after the all-star break. The Timberwolves simply don’t have a lot of depth, either, which could be a huge issue given the injury history of Towns and Beasley. The safest season-long play here seems to be on the under of their win total.

There is some value in betting Karl-Anthony Towns to be the rebound leader at this price. This of course is based on the fact that KAT plays a full season. His best rebounding numbers have come a few years ago when he’s played a full season without injury. Towns won’t have much rebounding competition from his own team, so that is a plus. He’s never averaged less than 10.5 rebounds a game, and I believe he could be in the mix to lead the NBA in rebounds this year if he can stay healthy.

Everyone seems to be high on Karl-Anthony Towns, especially in season-long fantasy. His ADP is nine, and that is too high for my liking. However, if you can grab him second or third round, then you have a steal there. Anthony Edwards is one Timberwolves player that I believe everyone should roster. His ADP is 55, and he should improve on what was a successful rookie campaign with another solid season.

D’Angelo Russell (ADP-72.5) and Malik Beasley (ADP-122) should both hold some season-long fantasy value as well. Both will have a super high usage rate, and both will get plenty of scoring opportunities as well. I believe the most undervalued Minnesota player this year though is Josh Okogie. He has an ADP of 133.5, but he will be very much involved in the rotation (most likely heading the second unit).

Fade: Karl-Anthony Towns (until 2nd round)