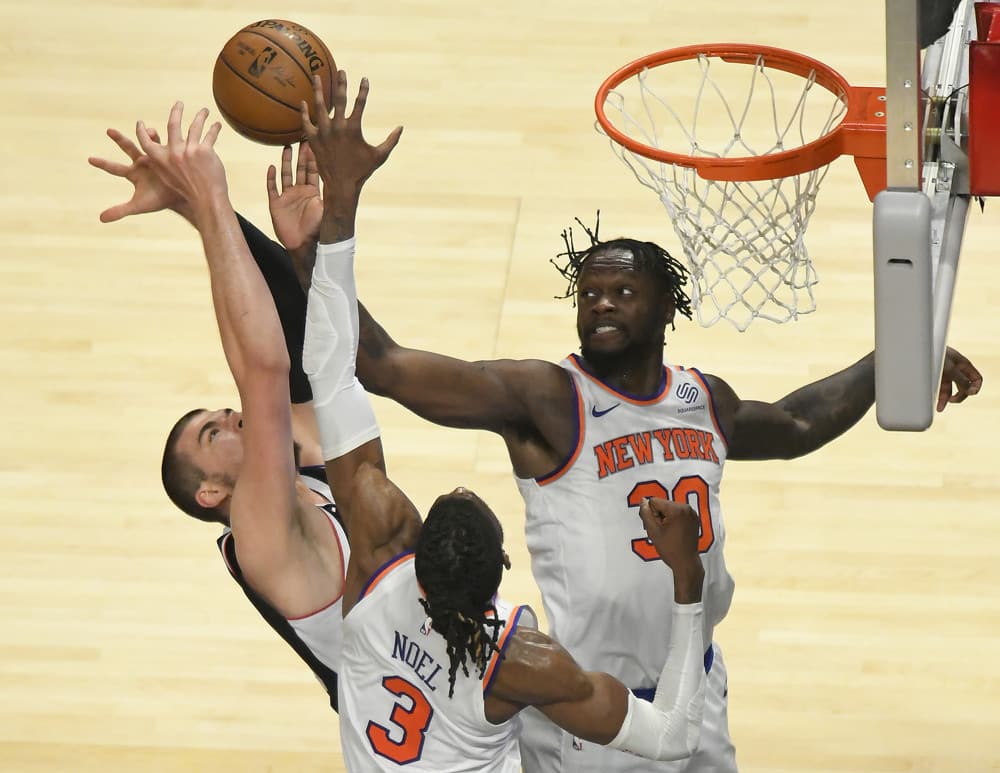 To say the New York Knickerbockers overachieved last year would be an understatement. This team almost doubled their projected win total of 22.5, with 41 wins. If you want to talk about “free money” this is the perfect definition. Everyone wrote off the Knicks at the start of the season, and rightfully so, as they hadn’t made the playoffs since 2013. The combination of first-year Head Coach, Tom Thibodeau, the All-Star play of Julius Randle, and the resurgence of Derrick Rose made this all possible. Let’s look ahead to the 2021 New York Knicks preview.

“Overhaul – overtake, especially in a sporting event.” That’s exactly what the Knicks did this offseason with the addition of some high-profile free agents in guard Kemba Walker and guard-forward Evan Fournier. Also, let’s keep in mind Julius Randle decided to sign a four-year, $117 million deal and opted not to wait until 2022, when his contract expired to sign a new deal.

The Knicks were able to add a couple of good players to their roster via the draft this past July. First-round pick, Quentin Grimes is a sharpshooting guard out of the University of Houston who can pull up from anywhere on the floor and create his own shot. Second-round pick Miles McBride is a player who can be counted on at both ends of the floor, not only being able to put up points but locking players down defensively. He was one of the 30 players selected to the 2020-21 Lefty Driesell Defensive All-America Team.

With all these new additions the Knicks made as well as Derrick Rose being a contender for the Sixth Man of the Year Award, I like their chances to reach the playoffs for the second straight year and advance past the first round in the Eastern Conference.

The Knicks were able to finish the season in fourth place in the Eastern Conference last year, where no one except for the true New York Knicks fans gave them a shot. Tom Thibodeau had this team playing hard and inspired basketball all throughout the shortened 2020-21 season and it showed. With the addition of hometown favorite Kemba Walker running the point guard position, which was something the Knicks were lacking last season, this team’s ceiling just got a little higher this year. I look for them to improve on their success and be true contenders in the Eastern Conference.

Julius Randle was able to have his way against a lot of teams last season, and I do think that will continue to be the case for this upcoming season. With all the additions the Knicks made this offseason, they just won’t need him to do as much in order to win games. They added players that will be able to take some of the load off his shoulders throughout the season. Will Julius Randle play at an All-Star level this year? Yes! Will he need to be the highest scorer for this team night in and night out? No!

The 2020-21 season was not a fluke for the Knicks, and they did a lot of good things they can build upon. A healthy Kemba Walker playing in his backyard will be exciting for all New York Knicks fans this upcoming season. RJ Barrett has improved each year he has been in the league in each statistical category and we should see a major jump from him.