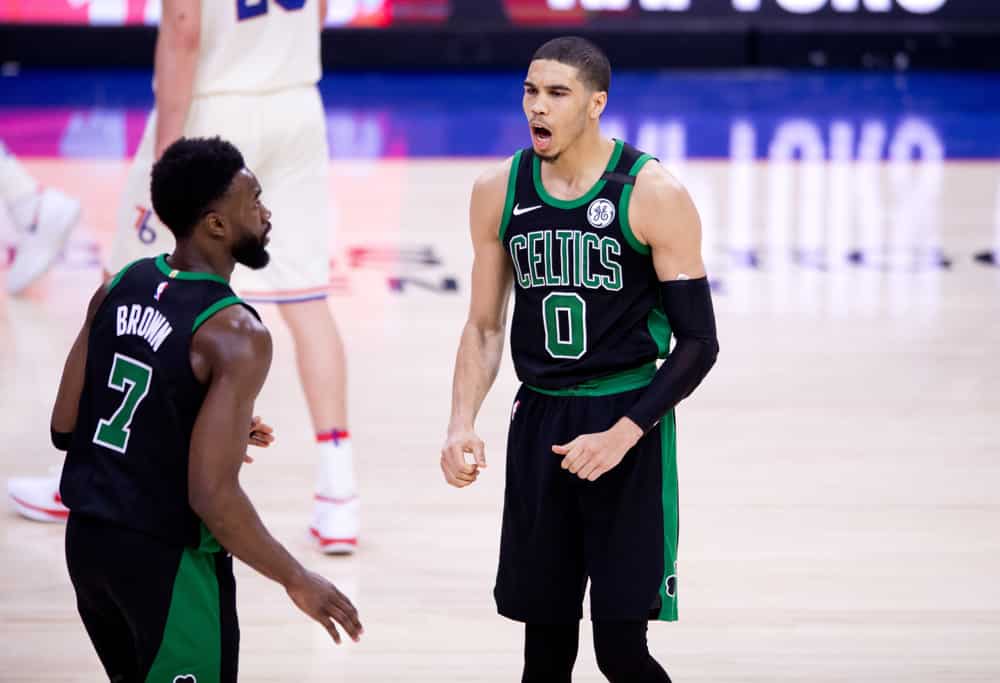 The 2020 season was a disappointing one for the Boston Celtics, to say the least.  The Celtics ended the season with a 36-36 record and ended up as the seventh seed in the Eastern Conference. The Celtics were short-handed to start the season because of an ailing knee to their starting point guard Kemba Walker. Furthermore, the Celtics were one of the teams who dealt with an outbreak of COVID-19. Jayson Tatum was one of the players who was affected by it and said it definitely affected his game after he returned. The Celtics season ended with a first-round sweep in the playoffs by the Brooklyn Nets. You could feel there were changes coming to the Boston Celtics organization. Below is your 2021 Boston Celtics preview.

The biggest change for the Celtics is at the head coaching position. Brad Stevens was “promoted” to President of Basketball Operations after former president and general manager Danny Ainge retired. The Celtics hired former assistant coach of the Spurs, Sixers, and most recently the Brooklyn Nets, Ime Udoka.

In addition, there were a few roster moves for the Boston Celtics. First, the Celtics traded Kemba Walker to the Oklahoma City Thunder and reunited with Al Horford. Next, the Celtics traded Moses Brown to the Dallas Mavericks in a package centered around Josh Richardson. Furthermore, the Celtics signed Dennis Schroder to replace Walker as the starting point guard of the team.

The core of Jayson Tatum, Jaylen Brown, and Marcus Smart remained intact for the Celtics. The question now is will Jayson Tatum be showcased as the superstar of this team or will we continue to see Tatum and Brown share the ball. The Celtics certainly have the talent on the team to compete but Coach Udoka has a tall order to guide this team to make a run in the playoffs.

The depth and bench the Celtics have on their roster is something to be not be forgotten. Payton Pritchard, Aaron Nesmith, and Romeo Langford should all have expanded roles for the Celtics. Let’s also not forget the Celtics signed former power forward/center Enes Kanter to bring in as depth in the frontcourt.

As I mentioned above, the Celtics were one of the teams last season who dealt with a severe breakout of COVID. Now, hopefully, that’s all behind them and the stars can shine again in Boston. In addition, the depth of this team is something we can not overlook. Payton Pritchard, Aaron Nesmith, and Romeo Langford all looked great in the NBA Summer League. This is another season where I believe Jayson Tatum will take the next step forward to being one of the best up-and-coming young superstars in the league. The question for the Celtics remains in the frontcourt, where they do not have a true rim protector. Can Robert Williams fill that role? Possibly. However, I believe this team will be a force in the Eastern Conference next season.

Jayson Tatum: To Average Over 7.5 Rebounds

Jayson Tatum has gotten better and better throughout the first four seasons of his career. He has increased steadily in points and rebounds per game. In addition,  last season the Celtics lacked the presence of a big man. They did not do anything to address this in the offseason. Tatum should and will continue to use his length and height to rebound for the Celtics once again this season.

As I’ve said over and over again in this post, Jayson Tatum is the present and the future for the Celtics organization. Tatum has improved in his points per game and rebounds per game year over year and I believe this will continue for the Celtics. Additionally, Jaylen Brown should see improvement as well. Like Tatum, Brown has improved from a statistical standpoint over the last four years.