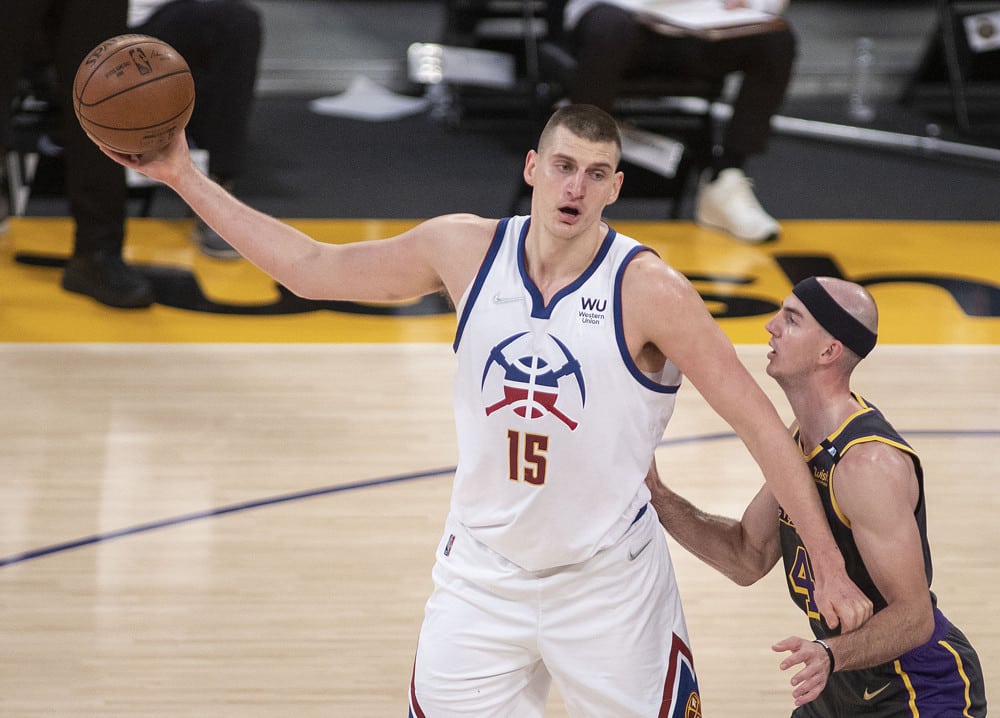 The Denver Nuggets had an interesting season last year. When they were healthy they looked like a sneaky Finals contender and center Nikola Jokic won the MVP.  However, the absence of injured guard and second-leading scorer Jamal Murray became critical in the playoffs, as they were just not able to get enough production out of their backcourt to build on their trip to the Western Conference Finals in the bubble.

The injury was a shame because the Nuggets went all in by acquiring forward Aaron Gordon from Orlando (since re-signed). With the emergence of wing scorer Michael Porter Jr., Denver might have had the best frontcourt in the NBA at the end of the regular season.

Not much actually. Jamal Murray is not going to be available to start the season so they will be leaning on Monte Morris more as a starter to begin the year. They are running back nearly the entire team from a year ago. The primary exceptions are veteran forward Jeff Green and rookie Bones Hyland.

Green seems to circulate from one winning team to the next, playing crunch-time minutes in the playoffs wherever he lands. He can make outside shots and provides defensive versatility, something every team needs. Hyland is a rookie out of VCU. He is known as a scorer and they are hoping they can get more production out of him than they have from the likes of small two-guard Markus Howard over the last couple of seasons. Denver is desperate to find some backcourt scoring to balance out their frontcourt. The skinny rookie might develop into a Lou Williams type..in time.

If you like this wager you probably also like the win total over as well, as I doubt 47 wins is going to net them the Northwest Division crown. I would love this one more if I knew exactly when Murray was coming back, but I think the Nuggets have enough frontcourt strength to overwhelm most teams on most nights. I expect this team to definitely win more than 50 games and be neck and neck with Utah, who might stake a step back, especially if they trade Joe Ingles (which is rumored). The +400 is a much better payoff than the over on the win total (+100). Now they could get that over and still come up short but I like the better payoff.

I know it is crazy to think about a center leading the league in assists in the modern NBA but here is why it isn’t. For starters, Jokic averaged more than eight assists per game a year ago and finished seventh in the league. Secondly, at FanDuel you have to play in at least 70% of the season to cash the ticket, and Jokic is one of the most durable players in the league. None of the players ahead of him on last year’s leader list played all their games as he did. Finally, with Murray out to start the season, Jokic might be even more of a distributor early on and he will have Gordon all season long. That situation helps a lot.

I think Gordon is about to have the best season of his career. His scoring numbers are not going to be up there with Jokic or MPJ, but with Murray out there are going to be plenty of opportunities to put the ball in the bucket. He only averaged 10 ppg and 5 rpg after coming to Denver in the trade last season, but look for those numbers to boost to 16 and eight with some increases on defense too. Jokic will gladly distribute the ball to his frontcourt brethren and in all the right places for them to succeed. It is a small sample size (just 25 games) but Gordon made 50% of his shots with the Nuggets. He was never close to that with Orlando.

Barton starts the season with health questions and is on the wrong side of 30 now. Denver needs production from the backcourt but I am actually more confident that we will see Morris and some Austin Rivers in more end-game situations than Barton. Plus they might experiment with Porter in the backcourt as a monster-sized shooting guard at times as well.  Murray will be back eventually, cutting into his opportunities later in the season too. He has never been overly efficient and there is no reason to expect that to change now. Barton teases with the occasional big game but can’t be relied upon.