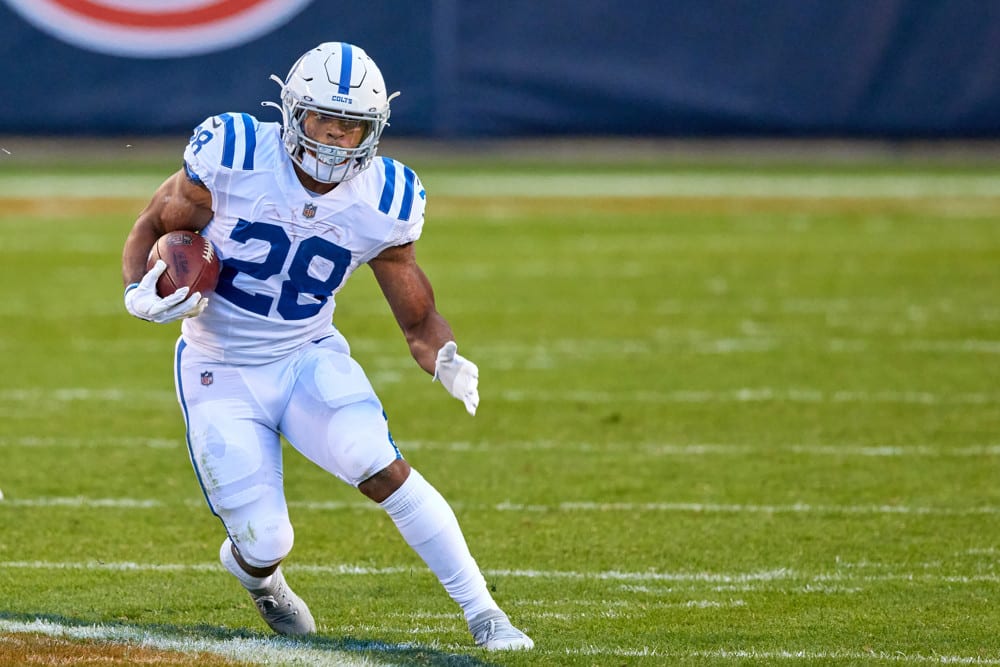 Last season, the Colts were a team that scored at a pretty solid clip. They finished eighth overall in scoring with 27.9 points per game. Surprisingly, that number seemed to take a bump up on the road – the Colts posted 28.3 when traveling. The books seemed to be right on top of that high scoring, though, as the Colts were pretty much dead even ATS. I imagine the books will probably expect some of that offensive prowess to continue, but as you’ll see with some of the changes, that may be a reason to hammer some early unders.

The most glaring difference from last year is that the man under center is now coaching high school football. Philip Rivers moved on from his 17-year NFL career to follow in his dad’s footsteps as a high school head coach. That move forced the Colts’ hand and led to a trade for former Eagles QB Carson Wentz. The Colts picked him up for a pair of draft picks when it appeared that Philadelphia was dead set on beginning the Jalen Hurts era. While Wentz is much younger than Rivers, his sheer offensive output has never reached the heights that Rivers had. Wentz has once threw for more than 4,000 yards in a season. Rivers, on the other hand, has only had one season since 2007 in which he came in under that number.

Other than the big move at QB, there is little the Colts did to make a big splash in the offseason. They resigned veterans T.Y. Hilton and Xavier Rhodes. Both moves should attempt to keep the passing game on both sides of the ball stable. However, while I’m a believer in Hilton, I have to imagine he’ll still see a downtick in production.

The only other place where they did make an upgrade was during the draft. The Colts used their first and second-round picks to take DE’s. The first of which was Michigan-product Kwity Paye. The presence of the rookie should shore up their run defense as he’s not only tough but also disciplined against the run.

The Colt’s strength of schedule falls 23rd in the overall rankings, tied with the Bills for that mark. Some of that, undoubtedly, is thanks to a pair of games with the lowly Jaguars, who are likely to be better this season. Having the Texans in their division also doesn’t help matters. But while the schedule should be soft overall, it doesn’t start that way. They open with the Seahawks and Rams at home before a three-game road trip that includes Tennessee and ends in Baltimore.

While I’m not actually big on the Colts this year, and the foot injury to Carson Wentz certainly doesn’t help, the over on wins here seems pretty manageable. You have to figure they’re going to take a pair from the Titans and a pair from the Jaguars, and that gets them nearly halfway to the number. With their strength of schedule resting in the bottom third, I imagine they can pick up another few to hit the over. It might not be my first stab at a season total, but I also don’t hate it.

While I do really like the Colts to make it to double-figure wins, I think they’ll come short of a playoff spot. Although that’s quite uncommon, I like the AFC North and West to produce two teams. That means the road to the playoffs for the Colts goes through the Titans and winning the AFC South. Having come in second last year and taken a step back overall, I think they miss that mark.

When Carson Wentz had his best year in 2019 – four of his touchdown passes were to RBs. That amount would be a nice little uptick for Jonathan Taylor, who only pulled in one receiving TD last year. If he sees any increase in the amount he gets in that front, he should easily be able to take down the over of the total touchdowns. Also, if you believe the narrative of Wentz being less productive in the passing, they’ll have to lean on Taylor for more.

The Colts have notoriously had a good passing offense behind the likes of Andrew Luck and Philip Rivers. And while T.Y. Hilton returning will help keep the passing game on track, Carson Wentz has only ever thrown for 4000 yards once in his life. Although the fractured foot is unlikely to cause him to miss any time, any reinjury to that would cause Wentz to miss games and ultimately not have any chance at a number that large. Even if he doesn’t miss time, it’s a big number to start and I’m expecting them to lean on Taylor more.

Jonathan Taylor is rocking an ADP of nine, which is tied with Aaron Jones. By decimal places, this makes Taylor the de facto RB9. I’ve been singing the praises of him this whole time and it won’t stop here. I wouldn’t even mind drafting him a spot or two ahead of where he’s going. Having a QB who is more likely to check down to his RBs makes his spot, especially in PPR, even sweeter. All of this also helps guide me to fade most of the Indianapolis Colts receiving core. People seem to be high on Michael Pittman Jr, driving his ADP up to 117, which is actually in front of T.Y. Hilton. I know the youth is tempting, but I’m not targeting more than Marquise Brown and Michael Gallup.