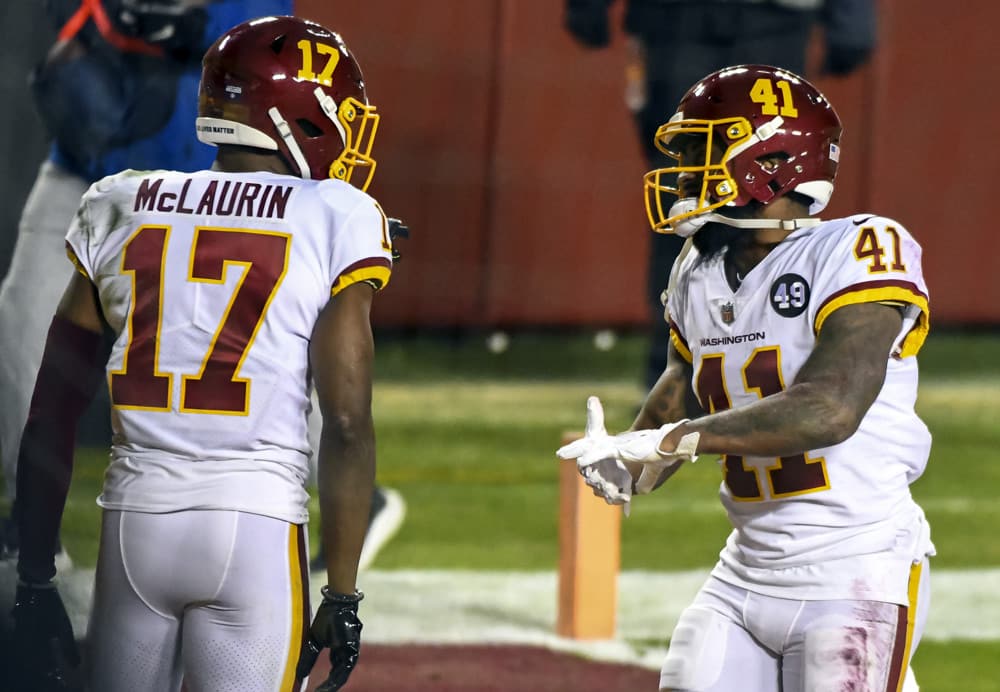 They struggled all season offensively, as they had a carousel going on at quarterback. But the defense was ELITE.

This defense allowed the sixth-least points per game and the third-least passing yards per game. They were bullies in the trenches as they generated the fifth-most sacks per game. Chase Young was a disruption in his rookie year. Washington Football Team defined what Rivera wants to do on defense and carried them to a conference championship.

Dwayne Haskins is out the door and in comes the journeyman Ryan Fitzpatrick. “Fitzmagic” is going to open up the offensive playbook. They will be able to push the ball down the field and tire out the opposing defense. Antonio Gibson is back from his turf toe injury and has looked great for the majority of camp. Curtis Samuel comes over from Carolina and gives them the opportunity to go deep in the playbook. Of course, he can line up on the outside, but he is a gadget guy who will line up in the backfield as well. They also went into the draft and got Fitzpatrick another weapon in rookie Dyami Brown. Brown has the ability to slide up the depth chart and give a deep downfield threat.

The defense is primed for another strong season. They bring in William Jackson and rookie Jamin Davis to bolster that unit. The money maker for Washington Football Team is in the pass rush. Young and Montez Sweat are a scary one-two punch on that defensive line. This secondary does not have the biggest names back there but that front seven really makes up for it. This defense is going to be top ten again and gives Washington Football Team a chance at the playoffs.

The Washington Football Team has the toughest schedule in the NFC East at 15th overall. They get six games against 2020 playoff teams—including both Super Bowl participants. The toughest part about this schedule is the divisional matchups. They finish the season with five divisional games in a row. They are going to have to have a strong finish to the year to keep a step ahead of the other teams in the NFC East.

Washington Football Team’s schedule is tougher than it looks because the NFC East is due to see some positive regression this year. The competition will be better, and that five-division game stretch is tough. This team was still a seven-win team and Fitzpatrick does not launch them very far. The defense kept them in the season last year but this time around the level of competition is a lot higher. The under 8.5 win total is at +100 on Draftkings and that is the play here.

This line feels extremely low with the anticipation that Ryan Fitzpatrick plays an entire season. Typically, when you bring a guy like Fitzpatrick in it is to get you a few weeks until you bring out your young high draft capital quarterback. However, behind Fitzpatrick on the depth chart is Taylor Heinicke. He is not the future for the Washington Football Team and Fitzpatrick should not be worried for his job. The last time he played a full season he finished with 3,905 passing yards. With the expectation that he plays an entire season, I am all over the over here.

Ron Rivera has given Antonio Gibson the comparison to Christian McCaffrey. He is a converted wide receiver but is just as shifty and physical as McCaffrey. The defense is going to keep them out of negative game script and allow the offense to be more versatile. Gibson now comes into this season knowing he is the starting running back. J.D. McKissic has a defined role as the passing catching option. He is going to dominate the rushing workload and not compete for touches. I love the over on this play.

Fitzpatrick is one of my favorite quarterbacks being drafted late because he gives you the top 12 QB upside. In his last full season in 2015, he was a top 12 QB. If he plays the entire season, even with the interceptions, he will sneak into the QB1 status.

And with Fitzpatrick, that boosts Terry McLaurin’s fantasy value. Year Three has been known as that big breakout year for wide receivers. McLaurin is one of the guys that can have a special season with the target share and a gunslinger under center. Look for McLaurin to leapfrog a couple of guys this year to finish as a WR1.

Logan Thomas was a bright spot for fantasy in a tight end wasteland last year. However, he no longer has Alex Smith. In Weeks 9-14 last year, Thomas was the TE6 with Smith under center. The eight weeks prior, he was the TE19. Fitzpatrick is not as conservative and expect Thomas to be closer to the TE19 than TE6.