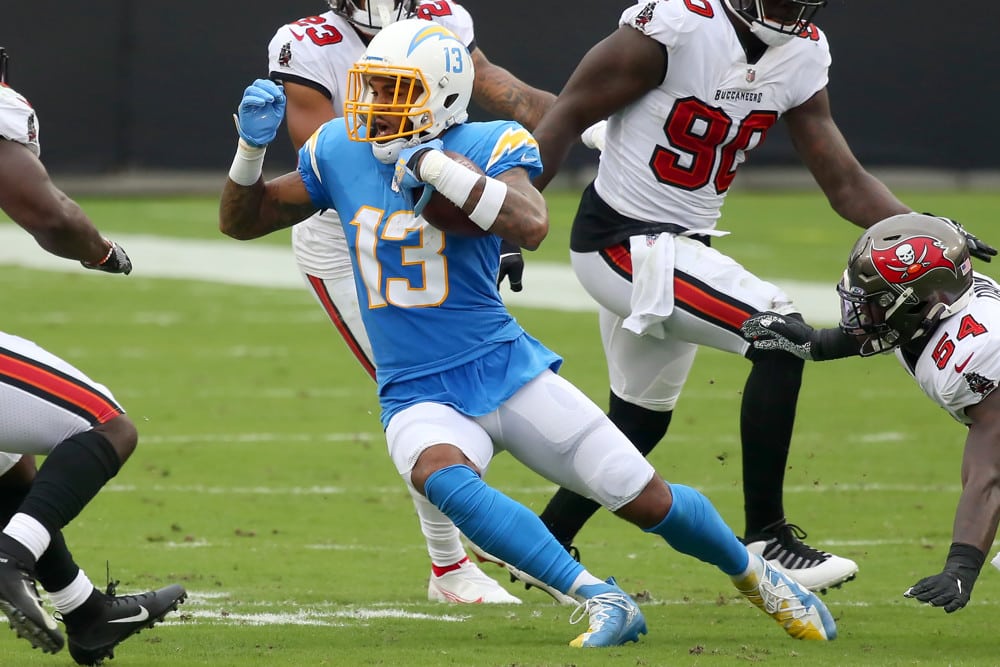 Justin Herbert. That is the 2020 Los Angeles Chargers Review. What a revelation he was for the Chargers and the future. Justin Herbert took over as the quarterback for the Chargers because of a punctured lung to Tyrod Taylor by the team doctor. That is not the way fans envisioned Herbert taking over the quarterback duties but Herbert burst onto the scene and took home the Offensive Rookie of the Year award.

The Chargers were also riddled by injuries last season. They did not have their star running back Austin Ekeler for six games. On the defensive side, the Chargers missed Derwin James all season due to an ACL injury. In addition, Joey Bosa missed a handful of games. Nonetheless, despite the injuries, Herbert led the Chargers to a 7-9 record and having fans excited for the future.

Next, the Chargers will have fans in their brand new stadium, SoFi Stadium. But as many people know there are not many home team fans that attend games. In fact, at times the road team has more fans than the Chargers do in their own building. Furthermore, the Chargers are healthy again. Derwin James and Nick Bosa return on the defensive side. However, the Chargers did lose Hunter Henry to the Patriots but added veteran Jared Cook to fill the tight end spot. Also, the Chargers added former Packers center Corey Linsley.

This team is loaded with all sorts of talent on both sides of the football. Led by Justin Herbert, Keenan Allen, and Austin Ekeler on the offensive side I expect the offensive to be near the tops in the league this year. The Chargers hired a defensive-minded head coach and if healthy this defense can make some noise. The Chargers play in the AFC West where they have to battle against the Kansas City Chiefs and we know they are the class of the division. However, I am a believer in this Chargers team. Let’s not discount the fact that the Chargers have a significant head coaching upgrade from Anthony Lynn to Brandon Staley.

As I mentioned above, Jared Cook takes over for Hunter Henry at the tight end position. Cook was previously with the New Orleans Saints the last two years where he had a combined 16 touchdowns and crushed the 4.5 receiving touchdowns in both seasons. One can argue he is upgrading to a team with a better quarterback at this junction of his career. Cook stands at 6-5, 245 pounds, giving Justin Herbert a huge target in red zone opportunities.

Every year Keenan Allen is a great WR2 in fantasy football drafts and every year he performs. Since the 2017 season, Allen has a minimum of six receiving touchdowns and has eclipsed over 1000 yards receiving. Last season he fell only eight yards short of reaching a 1000 receiving season. He did miss two games and no doubt if he played in at least one of these he would have reached that number. I believe the Herbert and Allen connection will be money all season long!

As much as I love the potential of Justin Herbert we may need to pump the brakes on him being a top 5 fantasy football quarterback. SGPN’s Fantasy Football Expert Nick Dant puts it nicely. Are you really going to draft Herbert ahead of Aaron Rodgers, Josh Allen, Kyler Murray, Russell Wilson, and Patrick Mahomes?  I didn’t think so! Yes the potential is there for Herbert but he is not there just yet!