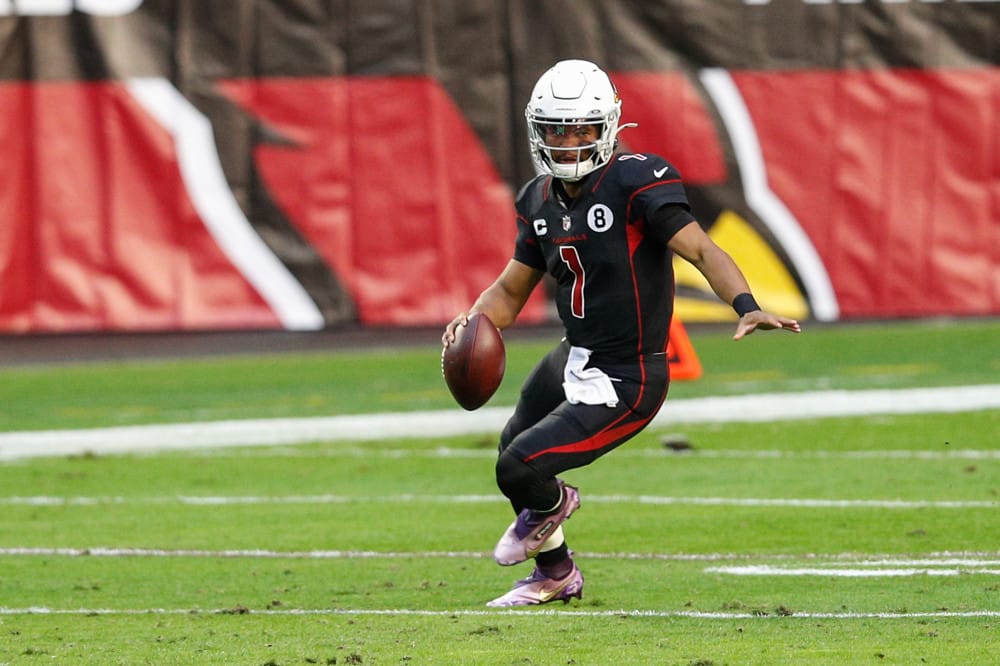 The 2020 season for the Arizona Cardinals was a tale of two halves. Prior to their bye week in Week 8 the Cardinals were 5-2. After the bye week the Cardinals finished 3-6, including losses in the final two weeks to division opponents. To no fault of their own the Cardinals are in the toughest division the NFL. The Cardinals went 2-4 against the division last season. Is Kliff Kingsbury on the hot seat? I do not think I ever remember a college head coach getting fired and then getting hired in the professional ranks.

The biggest offseason acquisition for the Arizona Cardinals was three time defensive player of the year, J.J Watt. Despite having a few injury concerns over the last couple years in Houston, Watt is still a defensive force who will certainly help the Cardinals defense this upcoming season. In addition, the Cardinals added former Pro-Bowler and long time Bengals wide receiver A.J Green. Now the question becomes will these “older” veterans help move the needle for the Cardinals? I certainly think that not only will Watt help on the field but will be a great locker room leader the Cardinals.

The Cardinals also added James Conner to the backfield with Chase Edmonds. Conner is coming a minor surgery this off-season for a turf toe injury he suffered last season with the Pittsburgh Steelers. The run game is certainly an area to be excited for as a Cardinals fan. You add to the fact that Kyler Murray has the ability to scramble and pick up rushing yards, this offense should be in prime position to contend. However, the biggest concern I have for the Cardinals is head coach Kliff Kingsbury. There is no doubt that he is a great offensive mind. But to lead a whole organization is a completely different story and may be the downfall for this team.

Looking to get down on some games? Go here for the latest on NFL betting.

The Cardinals play in one of the toughest divisions in the league. The fact they have to play a healthy San Francisco 49ers squad, a better Los Angeles Rams team with a better quarterback, and the Russell Wilson led Seahawks, that is certainly tough sledding. In addition, the Cardinals face the AFC South and NFC North division this year which will include road games against the Titans, Browns, and Cowboys. Furthermore, the Cardinals will have home games against the Packers and Vikings. The Cardinals face the 8th toughest schedule according to opponent regular season win totals.

The potential is certainly there for the Arizona Cardinals. They have an above average quarterback Kyler Murray and one of the best wide receivers in the league Deandre Hopkins. Outside of that I am just not sold on this roster. There are some bright spots and pieces on this roster but I do not think it is enough for them to compete in the NFC West division. In addition, I am not confident with Kingsbury as the head coach for the Cardinals. As I mentioned earlier, the Cardinals face the 8th toughest schedule in the league.

As much as we have the tendencies to make fun of Murray’s height we can not ignore the fact that Murray utilizes his legs to his advantage. In fact, in his rookie season Murray rushed 93 times for 544 yards. Last season Murray rushed 133 times for 819 rushing yards! His career average is 5.0 yards per carry. This may be a tight rope for Murray to get over, however the last four weeks of the season the Cardinals face below average rush defenses.

In his three years in the league, Edmonds has not exceeded this number. Yes, I know that he has not been the featured running back in any of those years. He does have to share a backfield with James Conner this season along with the scrambling ability of Kyler Murray. I have said this time and time again, I need to see if there I can believe it.

When the opportunity is there to stag a guy like Deandre Hopkins on your team I will stamp that every team. Hopkins not only is one of the best wide receivers in the league, but he also has one of the best hands in the league as well. Hopkins is a receptions machine, a receiver who has great speed and the ability to get yards after the catch, and score touchdowns. What more can you want?

SGPN’s Fantasy Football expert, Nick Dant, seems to agree with me on the running back assessment of the Cardinals. We do not know which guy will be the feature back for this team and the splits is difficult to predict. Yes, I believe Edmonds has more upside but as I mentioned above, I need to see if before I can dig it. The downside for Conner is he is coming off a turf toe injury which at times can be a lingering injury.