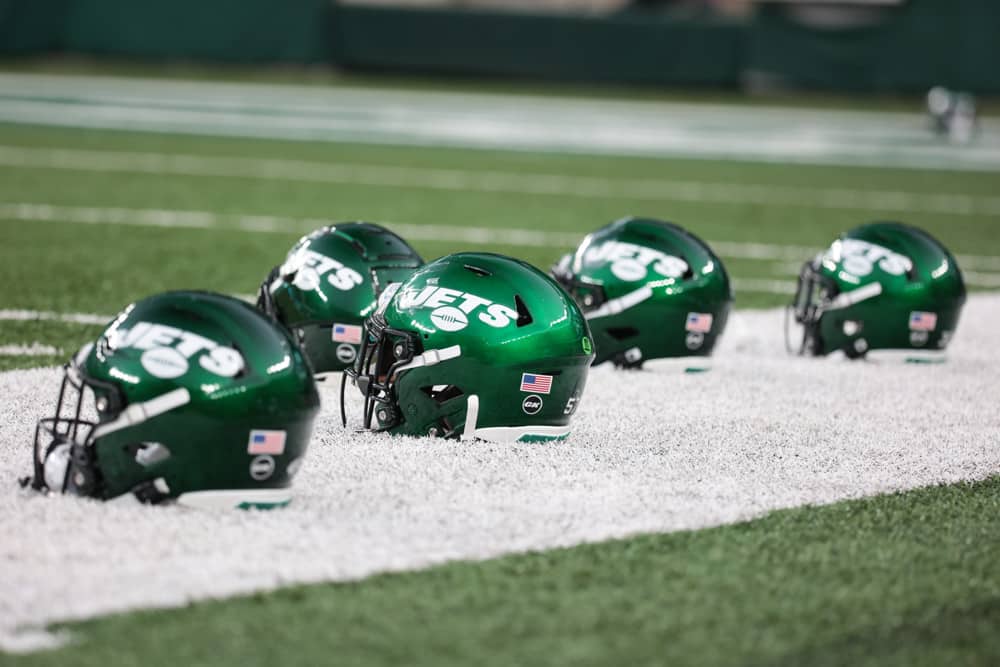 2020 is a year most of us would like to forget, including the New York Jets. Not only was it a terrible season, but also they screwed up their chances at the number one overall pick by winning a meaningless late game against the Los Angeles Rams. The offense was nonexistent as they finished dead last in points per game (15.2) and yards per game (279.9). The defense was hurt by injuries and opt-outs all season and could never really find their footing. Adam Gase really never rallied this team together and it showed in their 1-7 SU/2-6 ATS record on the road.

But now, it’s out with the old and in with the new. First-year head coach Robert Saleh replaces Gase as a defensive-minded head coach. With all the turmoil, the defense was not as bad as it seems. 24th in yards per game (387.6) is by far not good but getting a lot of their guys back leaves room for optimism. C.J. Mosley will for sure be a huge upgrade for this defense and provide them with not only a spark on the field but in the locker room. He and Jarrad Davis, the newly signed free agent from Detroit, will lead this defense and surely cause havoc in this new 4-3 scheme.

The highlight of the offseason was drafting Zach Wilson. With Sam Darnold traded to Carolina, Wilson is the unquestioned starting quarterback for this team and will be thrust into the limelight. Does he have the talent? Yes. Is he quite ready? Still to be determined. Wilson has had an up and down camp ridden with interceptions. He is a big-play guy that always wants to make something out of nothing. Luckily for him, he has rookie Elijah Moore who looks amazing in training camp. Moore has quickly proven he is not just a slot receiver and he can step outside and make big plays for this team.

The Jets get the 19th ranked overall schedule. While the NFC South looks like a bunch of losses for them, the AFC South looks more like an even match with the state of the Jaguars and Texans. Unfortunately, they are still in the AFC East. The Dolphins and Patriots have both made significant upgrades this season to compete with the Bills.

I believe Wilson will be entertaining to watch and show us flashes of that No. 2 overall promise. However, I think he needs a little more time to grow into the NFL. There will be growing pains. Robert Saleh will have this defense ready to compete and I think that they can sneakily cover a lot of games on the spread, but ultimately I am not ready to anoint Wilson as the savior of this team just year.

I am taking the under on this team. The defenses in this division are too good and will give him a lot of problems in his rookie year. Not to mention he also has to go see the Broncos’, Colts’, and Buccaneers’ stingy defenses as well. With that being said, that makes me out on every other prop listed.

This is all about fit for Michael Carter. Under new offensive coordinator Mike LaFleur, the Jets will have a zone running scheme. Partially the reason they drafted him is because Carter has ran that same scheme basically his entire life. He understands it and he is patient and quick enough to pick his spots and explode. He is in a timeshare with Tevin Coleman, but it is evident that this offense will manufacture touches for the rookie. And with the defense expected to play better, the Jets should be in better situations to establish the run to open up play action.

As I foreshadowed earlier, Wilson always wants to make something out of nothing. He does not give up. That is one of the things I admire most about him. However, it may not be the best thing for a rookie quarterback in the NFL. They are going to need to save Wilson from himself and convince him to throw the ball away instead of forcing a play. Ultimately, I expect this to fall on deaf ears all season. He is too much of a baller to give up and it will cost his team a number of times.

Wilson could provide fantasy value with the ability to throw the ball downfield, but I am not willing to draft him in single quarterback leagues. He is more of a spot-start streamer for me in the right matchup. Michael Carter is the person in this offense I want pieces of especially if I am running a zero RB draft. He has the upside to control this backfield and the Jets are going to make a strong commitment to the run. With Tevin Coleman as his only real competition, I like his chances to be a late-round breakout. And while I am not as excited in a redraft, I love Elijah Moore in best ball. He will certainly have multiple games where he caught a deep touchdown pass from Wilson.