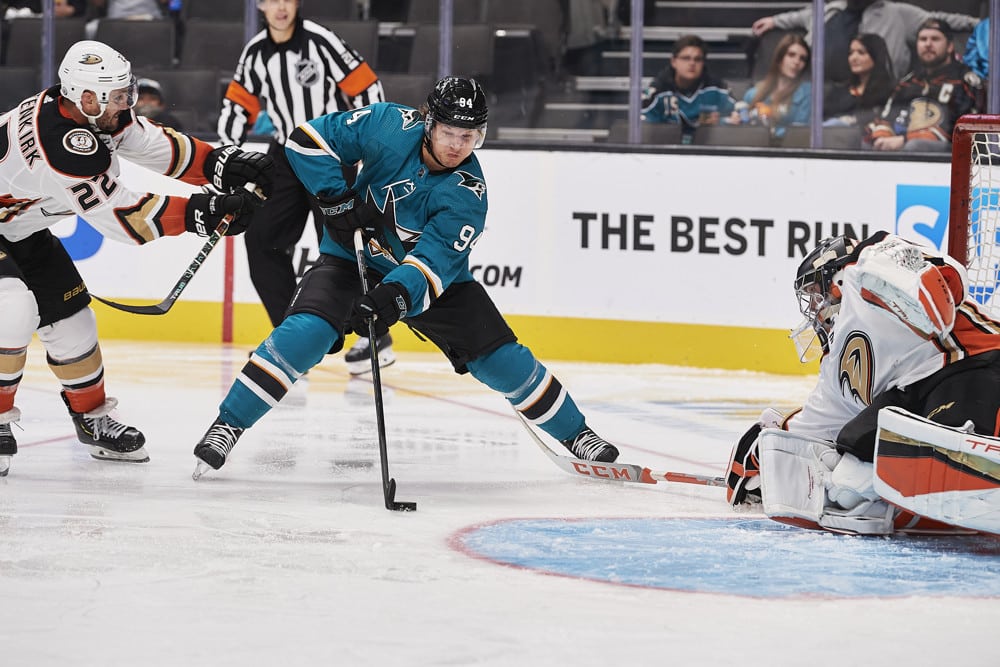 Our Pacific Division Preview and Betting Guide continues with the bottom four teams in the group. The Vancouver Canucks, Los Angeles Kings, San Jose Sharks, and Anaheim Ducks round out the Pacific Division. The three California teams and the Canucks at the bottom of the barrel.

You know a division is bad when three of its top four teams odds-wise are the Flames, Oilers, and an expansion team out of Seattle. Whereas every other division has several teams capable of contending for the Stanley Cup, the Pacific has the Vegas Golden Knights and seven other teams with serious question marks. It is unlikely that this division will produce either wild card team in the West, but with so many unknowns about a lot of these clubs, there will be plenty of opportunities for them to surprise the rest of the league, and for us bettors to capitalize on its randomness.

Let’s finish out our Pacific Division Preview and Betting Guide for the 2021-22 NHL Season!

Other than the Sabres, it is hard to find an NHL club that endured a more turbulent season than the Vancouver Canucks in 2021. It was a season that saw them struggle for its first half before being hit by a bad Covid outbreak which crippled most of the team for the better part of a month. Then, at the end of that outbreak, they beat the division-winning Leafs as +400 dogs twice in a row in games some of the players objected to playing at all.

It was not a good season, as the Canucks clearly regressed from overperforming in 2019/20, particularly in the bubble playoffs where they knocked off the Blues and came reasonably close to doing the same to the Knights. They clearly felt the loss of goaltender Jakob Markstrom to the Flames and their best players took a noticeable step back, which, together with the viral attack, created a perfect storm.

Even before getting good deals for their young stars Elias Pettersson and Quinn Hughes the Canucks had a productive offseason, dumping the eternal cap strain Loui Eriksson to the Coyotes (who else?) and acquiring Oliver Ekman-Larsson, Conor Garland, and Tucker Poolman. We will see if OEL can regain some form after deteriorating the past couple of seasons, but the real story of the Canucks’ 2021/22 season will be whether Nils Hoglander continues to develop into a legitimate top 6 winger and whether the Russian prospect Vasily Podkolzin can meet his hype as he steps into a fulltime job.

While this Canucks team is more fun to root for than when they employed such heels as Ryan Kesler, it is hard to envision them taking a major leap forward this soon. Too many things have to go right for Vancouver to feel safe backing them to win more games than they lose. Demko will have to be better in net, Pettersson will need to show more of his Calder Trophy form than that of 2021, Podkolzin and Rathbone will need to step in and be productive players, etc.

There are signs of light at the end of the tunnel of this long Canucks rebuild, but we do not expect them to get there just yet. In the meantime, we can enjoy a team loaded with raw talent evolve into something more – and we can also wager on goals being scored, for this is definitely an over team.

Anze Kopitar and Drew Doughty are not getting any younger, which is why GM Rob Blake has accelerated the Kings’ rebuild. Viktor Arvidsson, Phillip Danault, and Alex Edler are three veterans brought in to deepen a roster filled with prospects. Among their young guns is Quinton Byfield, the second overall pick in 2020, who showed flashes of what he could be towards the end of last season, although he suffered an injury in preseason that will sideline him for about 9 weeks.

Another promising player is the Uzbek-born left winger Arthur Kaliyev, who has excelled in the preseason and looks to cement a place in the Kings lineup as early as possible.

The Kings started last season like a house on fire before a few injuries and worsening goaltending (especially from Quick) derailed their campaign. The lesson we learned, though, is that Kopitar and Doughty are not finished, as they both rebounded from poor performances in the two seasons prior. Now with Danault brought in to help with Kopitar’s defensive responsibilities, and Doughty reportedly more eager than anyone to earn a spot on the Canadian Olympic team, we expect them to maintain the same form. The Swedish speedster Viktor Arvidsson should also help spark a little more creativity in a sometimes impotent Kings offense.

The Kings are hoping for the sweet spot between the tail end of the Doughty and Kopitar careers and the coming-of-age of their prospects. They have invested a fair amount in surrounding the latter with veterans who should provide support and structure, sheltering them as they continue to develop. With a goaltender who appears to be the natural successor to Jonathan Quick in Cal Petersen, the Kings have all the right tools to be a part of the playoff picture; it is clear, at any rate, that they are done tanking.

When the Blues beat the Sharks in the 2019 Western Conference final, not only did they injure half the team; they stole their soul. That is certainly how it appears on the surface, at least, especially in the case of Erik Karlsson, who has looked like a zombie of his former self as injuries have taken their toll. Unlike the slow, graceful fall of the Red Wings, for instance, the Sharks went from being one of the best teams in the NHL year after year to being one of the worst in a matter of months (and of course, unlike Detroit, they never won anything important anyway).

The best thing about the most recent Sharks offseason was the riddance of Martin Jones and the creation of a solid if uninspiring goalie tandem of Adin Hill and James Reimer. They should do a little better job of masking the horrific fish defense, at least, while the offense is still in decent shape on paper.

As of this writing, the Sharks have exactly the same odds as the Kings do, which makes sense, as the analytics community has both teams projected around the same point total. For us, however, there is a clear difference in potential: the Kings have a lot, the Sharks have very little. The Sharks’ top 6 is settled; there is a lot of weaponry still intact, at least if we assume Evander Kane can stay on the ice. The defense, as mentioned, is in shambles, with only Brent Burns still performing at a high level.

The goaltending, too, is not good, even if it cannot be as bad as it has been the past two seasons. The Sharks are a known quantity both because they did not make a lot of offseason moves and because they do not have the prospect pipeline that the Canucks or the Kings do. The only potential the Sharks have for this season is if their veterans can revert to the form of previous years, otherwise it’s another year spent in the NHL’s basement.

The Ducks, like the Sharks, were once a consistent contender who experienced a sudden demise. They are further along than the Sharks in their rebuild, but behind the Kings, which puts them squarely in another tanking season. There is only so much venerable goalie John Gibson can do, as he continues to see some of the most shots and high-danger chances in the league behind a vacuous Anaheim defense.

The Ducks have maybe the biggest bright spot of any of these four teams, however: Trevor Zegras. Taken ninth overall in the 2019 Draft, Zegras was the best player of the 2020/21 World Juniors, eclipsing the likes of Dylan Cozens, Anton Lundell, and Connor McMichael. A cerebral left-handed center, Zegras is primed to take this team over from Ryan Getzlaf; he already shares his vision of the game, as anyone watching can tell the way he reads the play, and how he sees the key pass that nobody else does.

Zegras is slotted in to get the 1st line center role, so he should see the big-boy minutes necessary to accrue the stats and grab the attention of the Calder voters. The one issue with this bet is not so much that Cole Caufield (the favorite at +300) will be a better player, but that he plays for a massive media market team in the Montreal Canadiens, while Zegras plays for a team hardly anyone on the East Coast stays up to watch. Still, we are comfortable making this bet, simply because Zegras will be the better player.