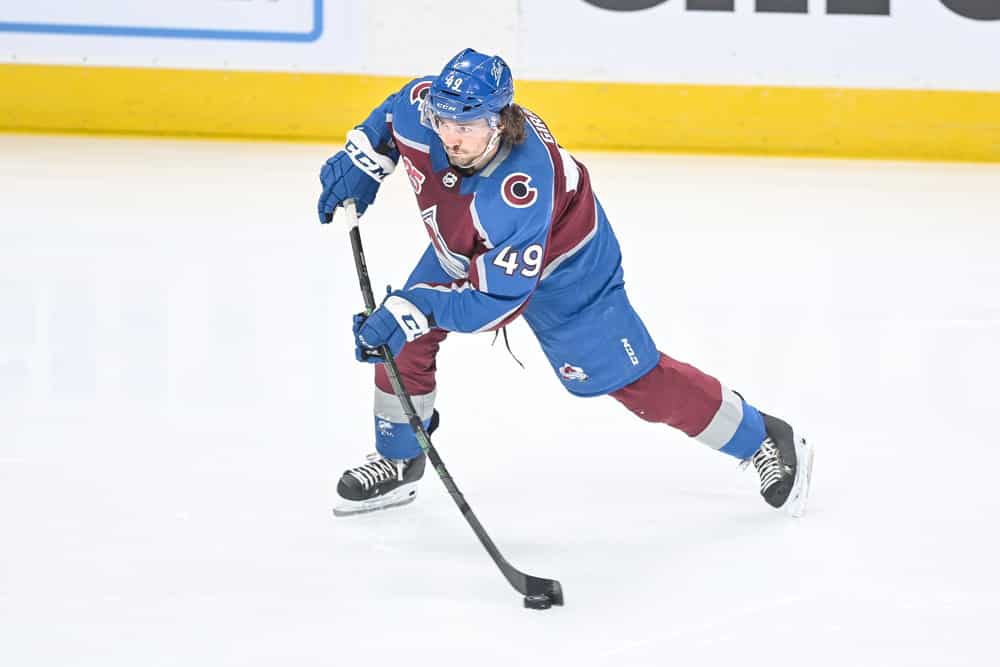 Hockey season is here! Leading up to NHL Opening Night on Tuesday, October 12th, we’ll be previewing each division. Rather than skim through all eight teams per division in one article, we’re going to break it up into each division’s contenders and pretenders. We’ve already looked at the Atlantic Division, so let’s shift over to the Central Division.

The Central Division is comprised of one elite team, one terrible team, and a great deal of parity in between them. As such, it represents arguably the most competitive division in the league, with any one of these teams (except the Coyotes) capable of making a run in the playoffs. Given the general strength of the Central, and the weakness of the Pacific, I fully expect both Wild Card teams to emerge from this division, so bear that in mind when investing in some of these futures.

Last year’s Avs team were the overwhelming favorite to win the Stanley Cup going into the playoffs, and they seemed to justify it in the first round by sweeping the Blues in dominant fashion. As has been the case the last few years, however, that is as far as they got, with the Golden Knights rallying from two games down to win four straight in the second round.

The Avalanche reloaded this year with the same core group – there’s Nathan MacKinnon, the fastest, most powerful center in the league not named Connor McDavid, the Finnish sniper Mikko Rantanen, and defenseman Cale Makar, who is sure to be a Norris finalist for years to come. They lost clutch veteran goalscorer Brandon Saad and big, physical defenseman Ryan Graves, but replaced the latter with the more cerebral Ryan Murray. More importantly, the Avs resigned captain Gabriel Landeskog when it looked like he might move on, and traded for the oft-injured but elite when healthy goaltender Darcy Kuemper.

There is no faster, more skilled team in the league than the Colorado Avalanche. Other than maybe Sidney Crosby, there is no player in the league more determined to win than Nathan MacKinnon. It is possible that this Avalanche team learned something from Tampa and thus take it easy during the regular season before turning it on in the postseason, but the speed of this team is built for the 82, especially when teams are likelier to be penalized for trying to slow them down than in the playoffs.

The analytics guys at Evolving Hockey project 120 points for the Avalanche, and they are the only team in the league that they give a 100% chance of making the playoffs. So, if you are willing to lay -4000 on a long-term bet, that is what some call a ‘lock’!

Note: While +475 to win the Cup and +200 to win the West are not bettable at the moment, look out for the Avalanche to experience one of their usual mid-season slumps, especially if they accumulate a few key injuries. There is a very good chance that we can get better odds on the Avalanche at some point during the season.

The young Russian stud Kirill Kaprizov is transforming the Minnesota Wild. No longer the slow, plodding, physical team of the past, last year’s Calder Trophy winner has injected new life into what was an old team. Dispatching with veterans Zach Parise and, surprisingly, Ryan Suter, Wild GM Bill Guerin has elected to ride with their rising prospects, chief among them left winger Matthew Boldy and center Marco Rossi.

In terms of goals scored/allowed per game, we will be keen to see if this team continues to change from an under to an over team as this new, exciting style takes further shape in Minnesota.

While there is a lot to look forward to with this Wild team, there is more doubt than there is confidence that everything will continue to progress like last season, where they came within one game of knocking out the Vegas Golden Knights. The Wild are a team that typically improve their goalie’s stats through the way they play, but with the departure of Ryan Suter and the emergence of younger, less defensively responsible talent, it is likely that goaltender Cam Talbot takes a small step back this season.

As we said earlier, this is a tough division, not only in terms of how many quality teams there are but also in how these teams play – gritty, physical, nasty hockey, which leads to team attrition that adds up over a full 82-game season. We do not think that the Wild are clearly the second-best team in the division, as their odds suggest, so we can fade them at this number with confidence.

The Stars were the unluckiest team last season. Not only did they suffer another rash of injuries to crucial players (Tyler Seguin, Ben Bishop, Alexander Radulov, etc.), but they had to play an even more condensed schedule than every other team due to games being postponed for a series of COVID cases and their stadium being shut down thanks to a Texan blizzard.

The Stars are nevertheless a solid team, and would not have missed the playoffs if it were not for all the bad luck they endured last year. With a grizzled old core consisting of Jamie Benn, Tyler Seguin, Alexander Radulov, Joe Pavelski, John Klingberg, and new additions Ryan Suter and Braden Holtby, Dallas are equipped with the veteran leadership necessary for a shot at the Cup. They are also armed with a young crop of players in Miro Heiskanen, Roope Hintz, and last year’s breakout star Jason Robertson, so while we will continue to expect the same tightly structured, low-risk style we are accustomed to seeing from Coach Bowness’s side, they possess more than enough skill to open up a game if that’s what it calls for.

The Stars are not the kind of team that is going to roll everyone up through the regular season. Their lineup on the ice consists of too much experience to expend themselves too early, and their coaching staff is wizened enough to realize how long the NHL season really is. The biggest question mark might be in net, with Bishop always hurt and Khudobin inconsistent, though the addition of Holtby and the development of Jake Oettinger will help to solidify this position.

The Stars are not going to win the division, they might struggle to even make the playoffs, but once they’re in there, with their big, bruising style and defensive acumen, this is the last team that anyone wants to face in an elimination game. At +3500, the Dallas Stars are well worth a bullet as a Cup winner; you will be thankful to have it when they are beating teams 2-1 and making it look easy.

After having one of the league’s worst blue lines two years ago, the Winnipeg Jets have quietly and quickly transformed their defense corps into one of the better ones in the conference. The improvement of Neal Pionk and the additions of Nate Schmidt and Brenden Dillon will go a long way toward further securing the front of Connor Hellebuyck’s net.

This is also true of the excellent two-way forward Pierre-Luc Dubois. While he struggled to adjust after being traded to Winnipeg, this can be attributed to the Covid restrictions and nagging injuries that limited his interactions with the team. With a big year from Dubois, we fully expect Winnipeg to have won the trade that saw Patrik Laine sent to Columbus.

This is a team we think we can attack from multiple angles. There is value in the Cup price at +4500 and there is value in betting them to make the playoffs. But the bet we feel most strongly about is the Jets to exceed their projected point total.

With a terrific top 6, solid depth in the bottom 6, an enhanced roster on defense, and one of the top goalies in the league, we find this team to be underrated by the market, a situation they are used to by now – for much of last year blindly betting on the Jets was highly profitable as oddsmakers were consistently bearish on this team. Hopefully this year we can continue to capitalize on their stubbornness to rate them, starting with a ticket on the Jets to finish with 93+ points.