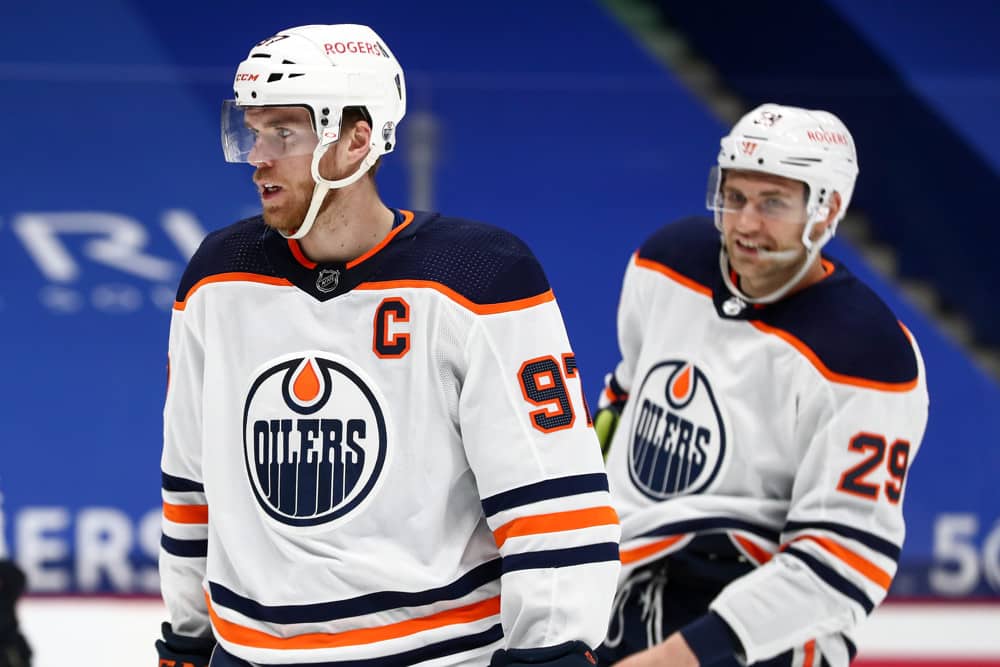 Happy October, hockey fans! It’s that time of year again: hockey is back! It’s a few weeks later than usual with the NHL getting back to normal after the COVID-impacted season. But the preseason is underway and that means time for Fantasy Hockey! We have our Fantasy Hockey Rankings for the 2021-22 season for you!

Your season-long fantasy hockey drafts are coming up and we have you covered. This printable and customizable fantasy hockey cheat sheet has everything you need.

We’ve ranked the top 192 players to cover the standard 12-team, 16-round league. If that’s not your style, be on the lookout for more fantasy hockey content from the Sports Gambling Podcast Network in the coming weeks!

Connor McDavid is currently the best player in the game and sits atop the rankings. If you have the No. 1 pick in your league, you have to take him. He put up 105 points (33 goals, 72 assists) last season. That’d be a great performance in a full 82-game season, but McDavid did it in just 56 games.

But McDavid isn’t alone on the Oilers. He has Leon Draisaitl as well, who had 84 points (31 goals, 53 assists) in 56 games last season.

Nathan MacKinnon is also near the top of the rankings. The Colorado Avalanche forward had 65 points (20 goals, 45 assists) in 48 games last season. Prior to that, he put up 93 or more points in each of the previous three seasons. And he’s only 26 years old.

Without any further adieu, let’s get to the rankings!

Best of luck in your drafts this season!

Make sure you bookmark our daily NHL Picks page as we give our picks for each and every NHL game this season!