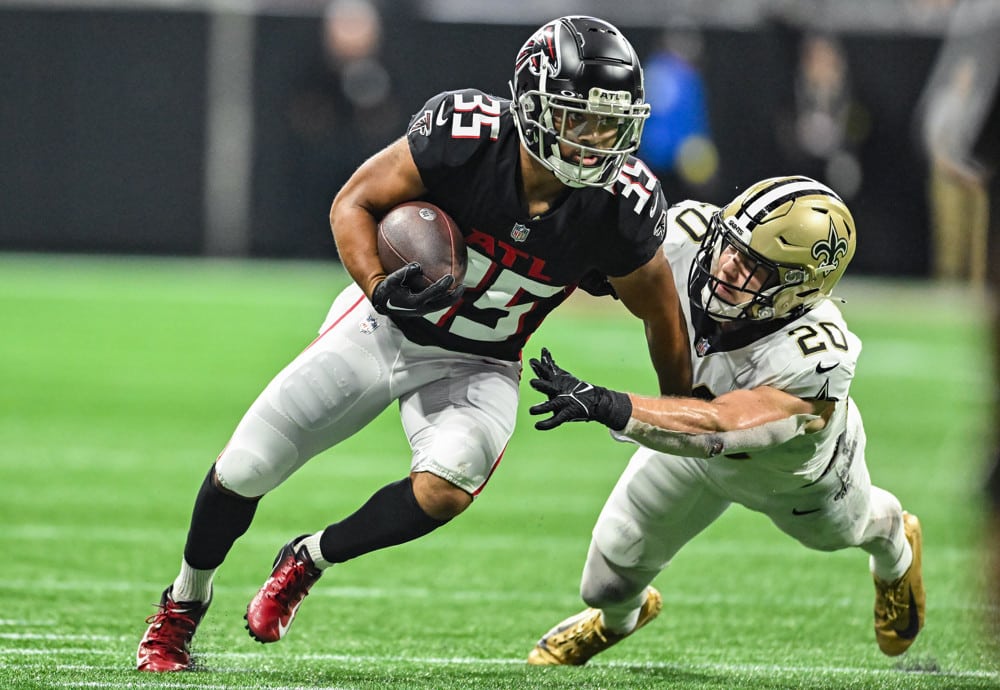 It was another exciting week in the NFL, but now it’s down to business again. So we’re right to our weekly Week 3 IDP fantasy risers, fallers, pros, and regular Joes. Covering NFL locker room reports and any scenario changing in between. Or just passing on some of the in-house rumors and reports by the local beat writers. Whatever it is. If it’s NFL defensive player related, and could change the game somehow. It’s always going to be worth talking about.

The Texan’s free safety Jonathan Owens took advantage again in week 2. Recording 10 combined and after making a huge impact in week one with 15 total in overtime. And now, Owens owns the DB consistency we seek out as a potential every week IDP play. And the only difference between Owens making this top post last week over the Eagles Marcus Epps? We’d seen enough of Epps last season to lock him down earlier. And with Owens, we felt we needed to confirm what we expected all along. While throwing in an update, Epps still held his own this weekend too.

Houston doesn’t have much of a defensive line right now. And their opponents have keyed on the team’s best pass rushers without much friction. Allowing plenty of time for their QBs to get the ball down the field via the run and pass. And as long as this Houston offense is struggling, which looks like the case right now. Opportunity will be there every contest to hit one of the higher snap count ceilings. And Owen’s film review is in question. But as of right now, who cares whether it’s IDP production by default? He shouldn’t be a Week 3 IDP fantasy-free agent.

Hard to believe, maybe, but it’s the Saints’ ILB Pete Werner managers that hit as underdogs so far. How so? After recording mass stats for weeks 1 and 2? Which isn’t really shocking. But snap counts, his snap counts are sticking, so far. Through both contests, he’s had at least 80% of the snaps, and that’s huge news right now! Because even though Wener came into this offseason as a hot pickup, the team resigned defensive captain Demario Davis. Capping Werner’s outlook based on what we had known before.

Traditionally in the past, and even when the Saints have had a second viable inside linebacker. The snap counts made it so tough to trust, even if the matchup was hot on paper for both ILBs. The second guy could see the 80% range one week, then 30% the next. Which routinely always made the IDP play a huge hit or miss each week. So yes. Werner managers were the underdogs here. Especially when we already know Werner was a winner, just limited. And our Week 3 IDP fantasy? He lands with at least 75% of the snaps this week, no matter his production. And we’re looking at a way better floor than we were just weeks ago based on playing time consistency.

No one here is surprised that through two weeks, Saints Edge Rusher Marcus Davenport is struggling. At least in our fantasy football box scores. His flash-in-the-pan contests he strung together in 2021, as my buddy Johny The Greek would put it. Really had a lot of people excited about 2022, and for good reason. But, so far, it’s not even been close with no sacks and very little to nothing at all in the box score. Sure we expect better weeks. And he may even get on another roll if he stays healthy for the first time in his career.

So if he underachieves completely in week 3, when there’s a nice solid edge rusher window. I’ll be watching again to see if he starts landing on the waiver wire as he’s dropped. And likely put him straight on the bye-week matchup radar. Or as he “will” show signs of life, especially in week 6, versus the Bengals. Don’t get me wrong. We’re not knocking his Week 3 IDP fantasy play, yet. We’re just waiting for the right opportunity to see if there is a window for some sort of value somehow going forward.

I have to admit it. I’m totally surprised by what the 49er’s strong safety Talanoa Hufanga has accomplished. In other words, I’ve been wrong so far. And it wasn’t just the outlier rain game versus the Bears in week 1. But the fact that in the past, on paper, the Seahawks offered very little to the safety position, to begin with. Or had been for the last few seasons just based on offensive scheming. And yet Hufanaga proved me wrong and repeated an effort that padded the box score again in week 2. And overachieving twice in a row gets my attention every time. However, it happened.

Call me stubborn if you want. I’m saying I look like I was wrong, and he’s going to break out. But with him, and the whole doubt in place to begin with on my part. It’s still going to take my three-week production rule of thumb to make me a true believer. It’s all lining up for him. Now, let’s see it on paper three times in a row. And it’s just that I happen to like Jonathan Ownes and Marcus Epps more if they are available.

Welcome to the show Jeremiah Owusu-Koramoah! After a slow start in the box score, the Browns ILB J.O.K. hit his stride in week 2 against the Jets. And by the looks of it, at least maybe until there’s a quarterback switch. The ceiling will be upper tier one upon further notice. He did take a slight dip in snaps, but not much or enough to be concerned about. Noting, too, this contest went into overtime.

So, ideally, we like to see a consistent 85% plus of the snaps per week and no less than 75% in this day and age of the NFL. According to any ILB consistency, that’s worth top-tier value. So that would likely be his lock if we needed one because it’s really all a matter of establishing his weekly floor now and seeing if we can depend on it. His odds, besides being good, also look clear as a bell with no higher-end in-team ILB competition.

Giant’s ILB Tae Crowder has been a high-end and solid IDP play ever since Blake Martinez exited, one way or the other. Be it so, by production by default, as he’s really not good on film at all. But by right, that’s not kept his IDP fantasy football managers from enjoying the production. Because no matter the NFL matchup strength, opposing team game plan, or anything else. Up till now, Crowder’s been consistent too. And dropping like a rock and leaving his IDP fans wondering what happened in week 2? He saw his normal snap count average and simply laid an egg in this one. It happens. And no one should freak out about his Week 3 IDP fantasy outlook, so play him if you need him.

More Week 3 At  IDPro Players Podcast And NFL IDP Rankings, Or In Writing Here On SGPN.