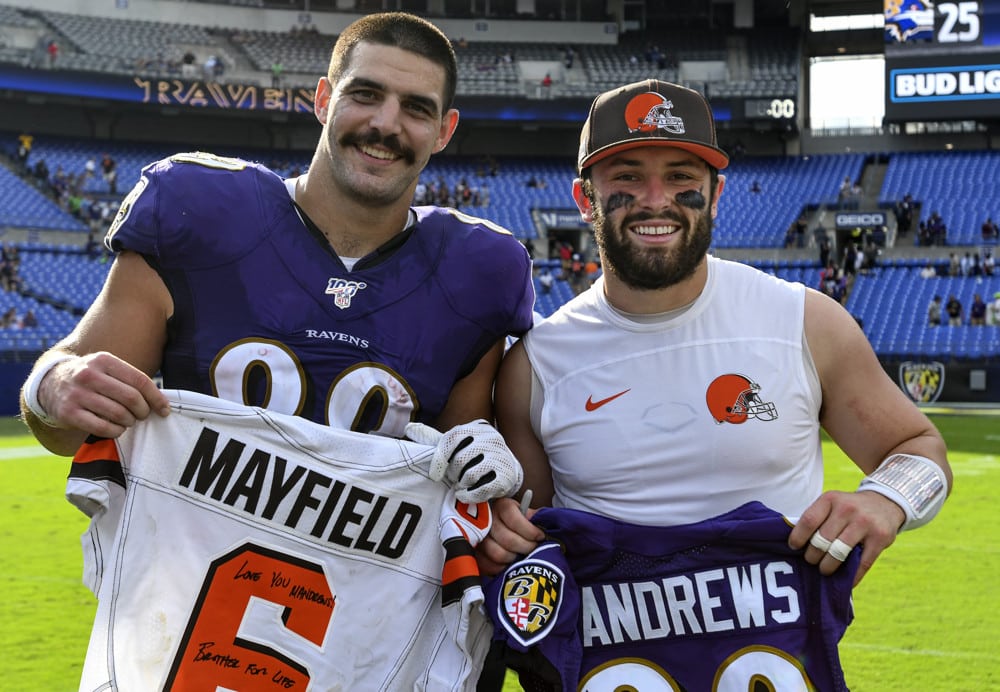 The fantasy football season is 24/7, 365, and does not end with your draft! Whether you are in a dynasty or traditional redraft league, trading and working the waiver wire is key to success. How do you go about making a trade though? Your hard-headed coworkers, brother-in-law, and your cousin are all a pain in the rear to try to make a deal with. If only there was some way to help them see the value of the player you want to trade off your fantasy football team…

SEARCH NO MORE WEARY TRAVELLER! SGPN has our own dedicated crew producing the best and easiest to use trade value charts. Want to know how they work?

As our guy Justin Mark says about our trade value charts:

But wait, before we get started on trading all of your players you might be wondering what the world a fantasy trade value chart even is.  How exactly do we find a player’s trade value?  There are numerous factors that go into it which start with the most common valuation guide, a player’s average fantasy points.  We also factor in their rankings based on FantasyPros’ rest of season rankings and their change in ADP.  Factoring in all of these items, adding several formulas, and then a couple more, we come up with a trade value that ranges from 78 (high trade value) to -3 (nobody wants that person).  Normally a negative number is factored with a season-ending injury.  So without further ado, let’s take a look at a position by position breakdown of the fantasy trade value chart.

The dynasty trade value chart takes into consideration FantasyPros best, worst, and average rankings, even factoring in some standard deviation. It also looks at average fantasy points and player age. Taking all that into consideration, running it all through some formulas, we are able to assign each player a trade value, that could help you start building for a better team, a better future, and a better you. Well…the first two anyways. Here is a look at each position.

For those of y’all looking for some more in-depth value charts and the ability to customize them, here are the Excel files!