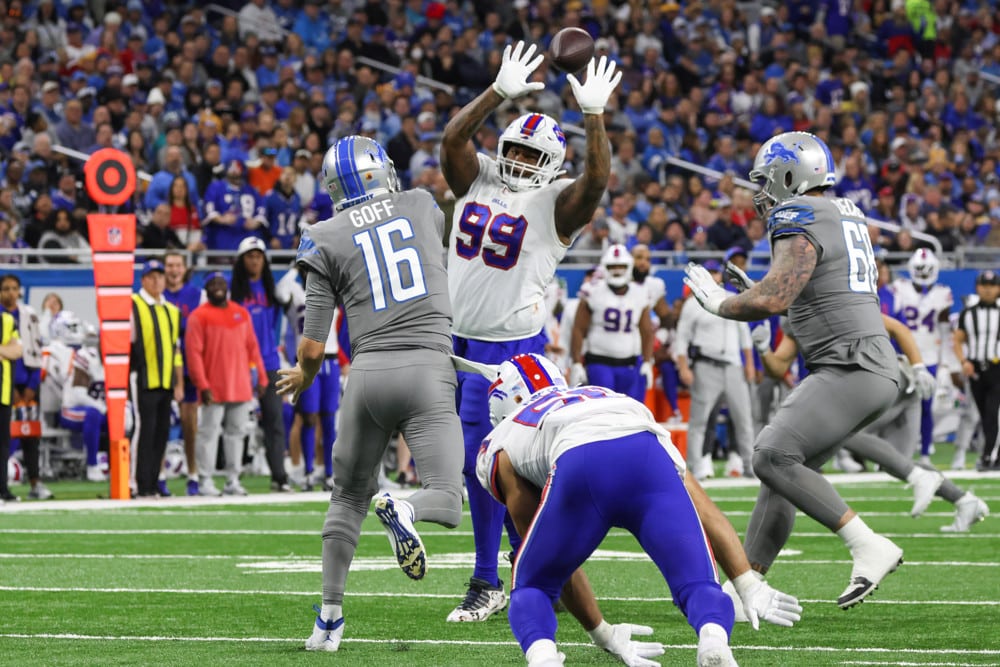 This article covers Dynasty Trade Targets to sell immediately. Trade deadlines in your dynasty leagues are one of the most active times for trades. Rebuilders are trading off pieces, and contenders are loading up.

Regardless of your situation, you need to be aggressive and active. You don’t want to be left holding assets because you waited too long or missed out on players while other contenders beat you.

Do your homework, and see which league members match your needs or assets. Get out there and make some trades. Future you on draft day will thank you.

Tom Brady has let you down in the fantasy football playoffs too often. His playoff schedule is juicy (Bengals, Cardinals, Panthers); use that to drive up the price. He is also getting closer and closer to retirement. Brady will only have value for a short period of time; trade him before he has no value at all.

Jared Goff has a great situation, and he is still QB19 on the year. The Lions prefer the run the ball in the red zone, and Goff offers zero to no value in the rushing game. Goff could also see some competition next year if the Lions choose to draft a quarterback early.

It is better to be a year early than a year late. Go get some value out of Goff while you can.

Jimmy Garoppolo has really benefited from the McCaffrey trade. He was QB18 before the trade and QB10 since the trade. His touchdowns have gone up, and his yards per game have gone up.

We do not know where he is going to land next year. If he lands in a worse situation, his value could decrease immediately. Right now, he is a solid QB2 for teams that are in need, and you should be moving him before the deadline.

James Conner is a buy for contenders and a sell for rebuilders. Do not just put Conner on the trade block and expect people to come running. As soon as you do, three other sellers will put players on the block.

Look at the contenders, see who needs a 2nd or 3rd RB, and get make a sale. Conner has been great coming off of injury, RB4 since returning. But, one more injury could sink his value; get out while you can. 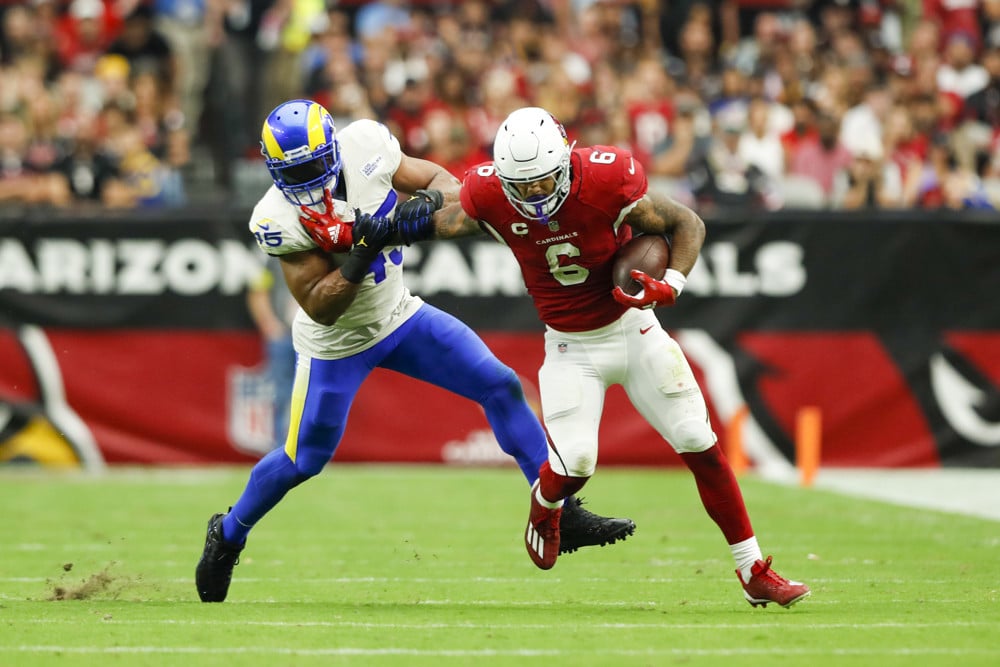 Jamaal Williams is a sell and a buy, depending on where your team is. If you need to rely on Williams, you likely can’t sell. But if you are not a contender or you have good RB depth, he is a luxury pick. You can move him for some value right now.

He has 13 touchdowns in just 12 games. He is scoring every week like clockwork. If you are selling, people will be interested, and you will want to try to drive the price up.

The Tony Pollard show has been put on pause with Zeke’s return. They are essentially splitting the backfield 50/50, and Zeke is getting the goal-line work. Zeke and Pollard are both startable, but neither offers top 10 upsides while working together.

Elliot’s value continues to drop. Get out while you can. Every year he gets less efficient, and his value is only going to continue to decrease.

You should have sold after this offseason, but I get it. It is really hard to trade someone that is literally scoring 20 points every single week. Kupp offers not only a safe floor but an extremely high one. Kupp’s injury has already sunk his value, and he is hard to sell. Rebuilders do not want a soon to be 30 year old WR.

The state of the Rams is even worse, and you may have to sell. Contenders are really looking for pieces that can help him win now, and we all expect Kupp to be shut down for the year. But, if you are a contender, you should try to find the right spot to move him. Moving him for an older asset to a team that has some depth or finding a way to move him for a pick and a player. Kupp still has some value, and if you find the right partner, you can make a deal happen.

The situation in Los Angeles may not be much better next year as the team barely has any cap or draft picks to improve the team. Last year they almost lost their coach and best defensive player to retirement. That could happen this off-season. I would move on if I can. The health of Matthew Stafford and his long-term outlook are getting sketchier by the day as well.

DeAndre Hopkins came back from the suspension and reminded us that he is that dude. Even with Marquise Brown on the field, Hopkins is still that guy. The problem is he is about to be a 31-year-old guy. You can sell high on Hopkins’ recent performances and get out before it is too late.

Next year at 31, his value will only be less and continue to decrease. He is one major injury away from having no value. Unless he is a key piece to your championship team, move on!

Zay Jones – Zay Jones has become one of Trevor Lawrence’s favorite targets, he is WR16 over the last 3 weeks and WR33 on the year. Jones has been more consistent as the season has come along and as Evan Engram has struggled. Jones signed a 3 year deal with Jacksonville and will be the 3rd WR behind Kirk and Ridley next year. Get out now while he has some value.

Gerald Everett was TE9 over the first ten weeks of the season. Lately, he has been dealing with an injury but is expected to return soon. In a weak position group, he offers a young option on a good offense. If he is not your starting tight end or you are rebuilding, go take advantage of the market. 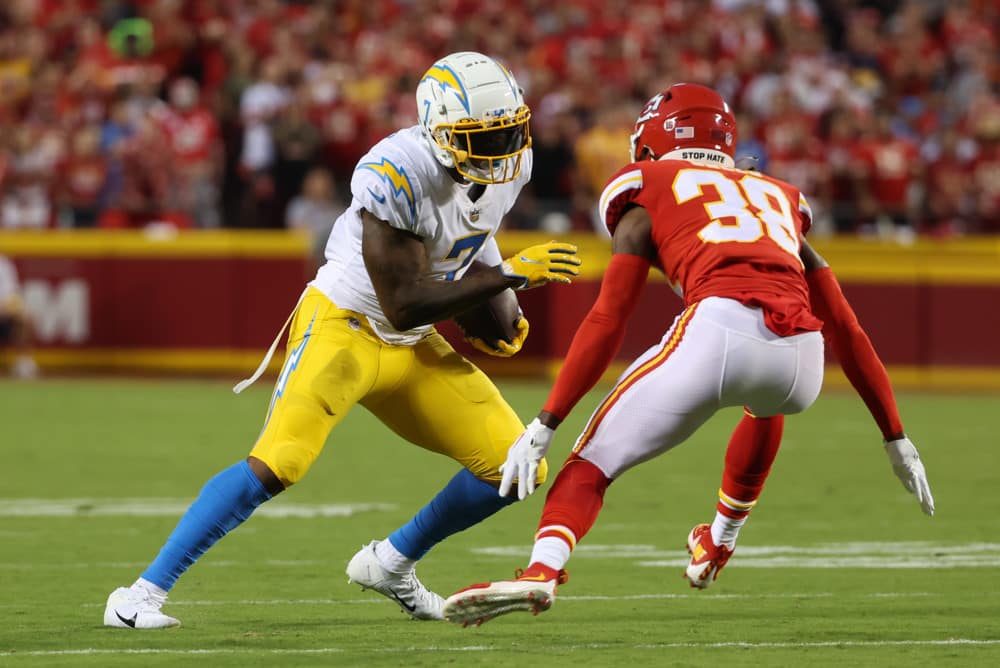 Dalton Schultz – Dalton Schultz has been great since Dak returned. Even with having a long lull this season between injury and Cooper Rush, he is TE6 overall since week 6.

We don’t know where Schultz will play next year. If he goes to another team and doesn’t get the target volume, he may not hit his value. Right now, you can sell him as a top 5 tight end and get some value back.

Juwan Johnson – Tight Ends are hard to find, and Johnson is currently a top 10 option. He was someone you added for free, and you can now flip him for instant profit. This offense will be different next year, and his role is hardly defined. Johnson is a free agent next year, and we don’t know where he is going to play.