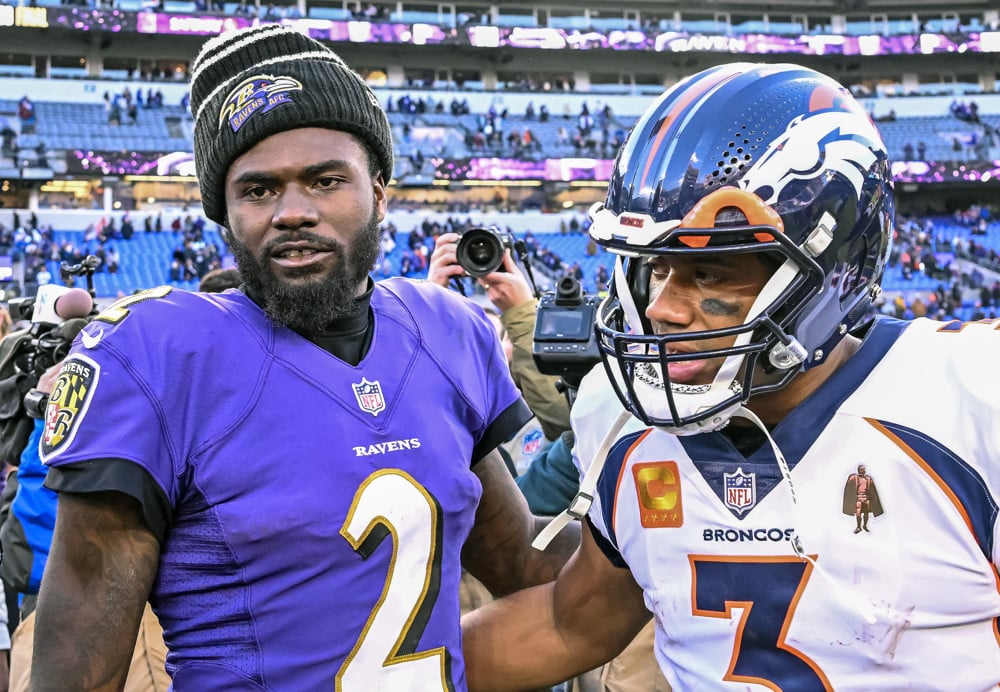 We are closing in on the fantasy football playoffs and if you’re still reading waiver wire articles you are likely at least still in the playoff hunt. It’s hard to believe we are already on the brink of the playoffs as the fantasy season has flown by yet again. Good luck to your teams going forward and I can speak for the rest of the SGPN team in saying how appreciative we are of all of you and your support this year. With that being said I’m here bringing you another Week 14 FAAB Cheat Sheet article for the final week of the fantasy football regular season.

While the waiver wire is thin this week, I think there are still plenty of players who could assist you in winning a fantasy football championship. I always love writing this article too because it’s unique in that it helps you decide how much of your FAAB budget to spend as well. Keep in mind though that now is the time to start spending your remaining budget. If you still have a significant amount left don’t be afraid to go higher than my recommended bid.

Darius Slayton is likely already picked up in your fantasy league but I listed him here just to make sure. In a decimated New York Giants receiving core Slayton is the clear top option. He has garnered at least six targets in six of his last eight contests and finished as a top 24 Wide Receiver five times in that span as well. In a weaker waiver-wire week, Slayton is the player I would feel most confident inserting in lineups next week.

In my initial rankings, he checks in as a borderline top 30 receiver and provides a very safe floor given his role in the offense. It’s tough to spend too much of your FAAB on a Wide Receiver with limited touchdown upside though. Given it’s the end of the season it might be time to throw those principals out the window.

It’s a rough waiver wire week when Cam Akers is the second name listed. Regardless, we are getting to a point in the season where the Running Back injuries are piling up and he could have flex value in the final few weeks of the season. It is somewhat surprising considering the role that Kyren Williams appeared to be carving out the last couple of weeks. After he had a higher snap percentage each of the last two weeks, Akers dominated the snap count with 72% of the opportunities.

Furthermore, he’s actually been running a lot more effectively these last few games averaging 4.1 yards per carry despite a poor offensive line. He’ll be an RB3/flex option for me in Week 14 and is worth a waiver claim as the only widely available starting Running Back left.

I wasn’t even familiar with Zonovan Knight before Week 13 after he was elevated to the active roster in favor of James Robinson. I am fully aware of who he is now as he has been fantastic the last two weeks. Knight has accumulated 223 yards of offense and has played both a key role in the rushing and receiving game. Carter wasn’t able to suit up this last week, but regardless Knight has played well enough to continue receiving work in this backfield.

He ranks third on this list because I am not sure if this workload will continue once Carter comes back. However, he does have the highest potential of anyone here for the remainder of 2022. The Jets still see Hall as their Running Back of the future. So, they shouldn’t be afraid to make Knight the starter for the rest of this season if he plays well. Monitor the health of Carter going into Week 14 as Knight will be an RB2 if he isn’t able to go.

After missing most of this season to this point due to an ankle injury, Chark burst onto the scene this past week with 98 yards. He appears to once again be the second Wide Receiver in the offense after Amon-Ra St. Brown playing 84% of the snaps. This is an impressive passing attack too with some strong matchups down the stretch in Minnesota, Carolina, and Chicago. While Jameson Williams figures to factor in, he likely won’t see a full role until 2023. Chark is a player that I think could be a solid WR3 for the rest of 2023 and he’s available in 73% of Sleeper leagues.

Tyler Huntley is one of the few backup Quarterbacks in the NFL that could be relevant in 1 QB leagues. He was the QB14 this past week even though he didn’t start. This is a result of his rushing upside and he has averaged over 54 yards rushing in the last six games he has played in. He will be a borderline top 15 Quarterback in most games he starts and has top 12 upside given the right matchup.

Furthermore, he’s always very accurate and has only thrown three interceptions in those six games as well. If you don’t have a locked in starter for the fantasy playoffs, he’s certainly worth a waiver wire pickup and will be available in every league.

Collins seems to have taken over the top Wide Receiver role in Houston and that was before Cooks missed this last game due to injury. He’s seen 36 targets over the last four weeks and has a couple top 30 Wide Receiver finishes over that span as well. Cooks appears disgruntled and it’s hard to picture him regaining a full role in the offense in the final four games too.

As a result, Nico Collins has flex upside for the rest of 2022. Touchdowns will be hard to come by in a bad offense but target volume alone will make him a starter most weeks in PPR leagues. He’s not someone I’m banging the door down to acquire, but if you’re suffering from injuries, or need a bye week fill-in for Week 14, you could do worse.

The waiver wire is thin in general at this point in the season and we are left mostly with players who are thrust into key roles due to injury. Jahan Dotson is a rare example of a very talented player who went in the first round of this most recent NFL draft. He got off to a hot start to begin the season but ended up missing five games due to a hamstring injury. He didn’t regain his full snap share till this past week when he turned 9 targets into 54 yards and a touchdown.

Taylor Heineke has no issue throwing downfield either and Dotson could be valuable to fantasy managers even with Terry Mclaurin and Curtis Samuel. I’m not putting him in lineups in Week 14. However, I am stashing him for the playoffs as he has similar upside to Chark or Collins.

James Cook saw his biggest workload of the season accumulating 104 yards of offense on 20 touches. His snap share has been sporadic, but he played 43% of the snaps in Week 13 compared to just 44% for Devin Singletary. I don’t think we are going to see him take over the starting Running Back role yet, but this should at least give the coaches the confidence to play him in passing situations. Particularly in PPR leagues, I’m putting in some bids for James Cook as similar players like Jerick McKinnon have been valuable seeing similar target volume.

Don’t look now, but Corey Davis is coming back into relevance again after missing a few games due to injury. Just when we think the Jets are beginning to move on, Corey Davis works his way back into a key role in the offense. Clearly, New York appreciates his dependability and there is no reason to think he won’t be the WR2 in the Jets’ offense behind Garrett Wilson.

The Jets have no problem leaning on Mike White either who threw an astonishing 57 passes this past Sunday. This offense runs totally differently with any other Quarterback other than Zach Wilson under center and for these receivers’ sake let’s hope they never go back. Davis isn’t someone I’m rushing into lineups, but he could be a high floor option for the remainder of 2022.

Thanks for checking out this Week 14 FAAB Cheat Sheet article presented by the Sports Gambling Podcast Network! Check back daily for more SGPN fantasy football content.