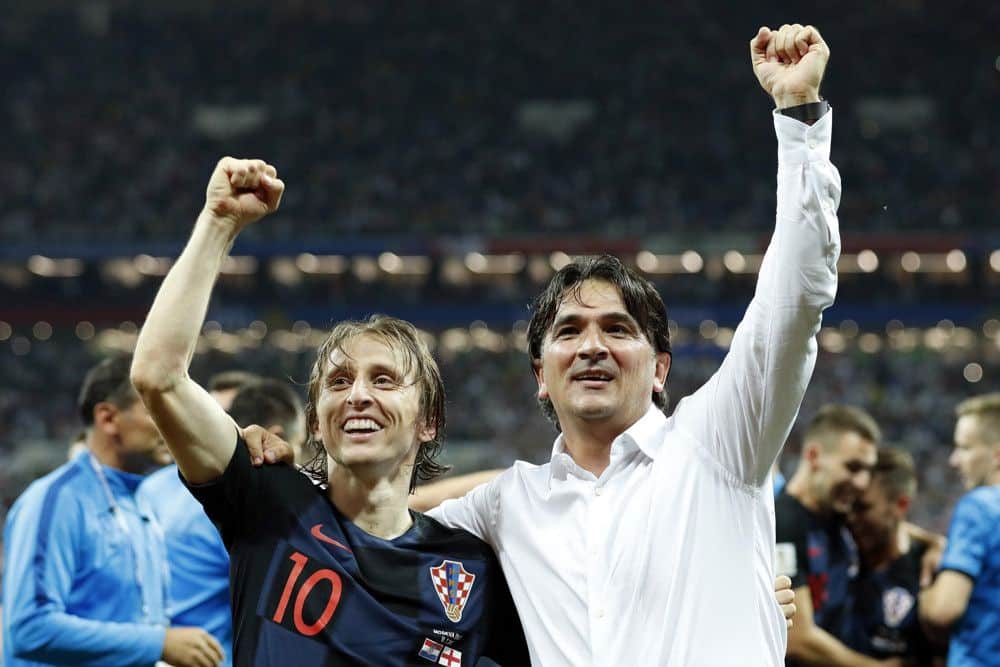 So far, it has been a spectacular tournament with plenty of action on the pitch, great goals and surprising upsets. We didn’t have to wait long to see some of the heavy favorites be shocked at the 22nd World Cup as Saudi Arabia pulled off a surprising 2:1 victory over Argentina on matchday 3. To be honest, it just made the tournament a lot more interesting and one can expect no less excitement on Matchday 4. Although Croatia, Germany, Spain, and Belgium are favored by the sportsbooks, I wouldn’t be surprised to see Morocco, Japan, Costa Rica or Canada pull off another big upset. Plenty of reasons to check out the following World Cup betting preview!

The Al Bayt Stadium will host the first clash of Group F on Wednesday morning, when Morocco faces the 2018 World Cup runners-up, Croatia. It will be a true test for the Atlas Lions who secured their 6th appearance at the World Cup, after winning 7 games and recording 1 draw in their qualifiers with an impressive goal-scoring record of 25:3. The team will be reinforced with Hakim Ziyech (29 yrs, Chelsea), Armine Harit (25 yrs, Ol. Marseille) and Noussair Mazraoui (25 yrs, Bayern Munich), who refused to play under the unpopular coach Vahid Halilhodzic. Walid Regraui took over the helm after Halilhodzic got sacked in August. Now it remains to be seen if Morocco can create an upset in the opening game of Matchday 4.

Luka Modric will be the key figure on the pitch for the Croatian team. The 37-year-old Real Madrid star is in the best form and will orchestrate the attack with Ivan Perisic (33, Tottenham Hotspur), Bruno Petkovic (28, Dinamo Zagreb), and Mateo Kovacic (28, Chelsea). Vatreni has topped their qualifying group with 7W2D1L, scoring 21 goals and conceding only 4 goals. This game could go either way, but Croatia will come out on top in a low-scoring affair. Plays: Croatia to win and Morocco not to score (+210 ML)

We continue our World Cup Betting Preview with the four-time world champions Germany, who will take on Japan in the opening game of Group E at Khalifa International Stadium on Wednesday. Hansi Flick assembled his squad from younger players, but will still rely on seniors such as Thomas Müller (33, Bayern Munich), İlkay Gündoğan (32, Manchester City), Antonio Rüdiger (29, Real Madrid), and Manuel Neuer (36, Bayern Munich). Die Mannschaft qualified for the World Cup in style by collecting 27 points out of ten games with a goal difference of 34:4. They didn’t play well in the UEFA Nations League and had just one victory in the previous seven games.

After finishing right behind Saudi Arabia, Japan didn’t top its qualification group but still secured a direct promotion to the World Cup. The Samurai Blue are coming to Qatar in a good mood following a couple of friendly victories over the USA and Ecuador, without conceding a goal in the process. Japan will play without a few key players, who are out with injuries, but all eyes will be on Takumi Minamino (27, AS Monaco), who is the team’s top scorer with 17 goals. Takefusa Kubo (21, Real Sociedad), Kaoru Mitoma (25, Brighton), Daichi Kamada (26, Frankfurt), and Takuma Asano (28, Vfl Bochum) are also key players for the Japanese. Plays: Both teams to score YES (-115)

Our third World Cup Betting Preview is for the clash between Spain and Costa Rica at Al Thumama Stadium on Wednesday. The world champions from 2010 are massive favorites here, but Costa Rica is an experienced squad and it’s not going to be easy for La Furia Roja. Spain had a relatively easy job to qualify for Qatar as they topped the group ahead of Sweden. Luis Enrique’s men beat Portugal in the last round of the UEFA Nations League to reach the final stage of that competition.

The head coach made some unpopular decisions by not calling some important players such as Sergio Ramos, David de Gea, Kepa Arrizabalaga, Thiago, Rodrigo, and Gerard Moreno. He opted for some fresh faces and younger players, so Gavi and Pedri will surely be the ones to watch. Spain doesn’t have a superstar in this squad, but Álvaro Morata, the top scorer of this team with 27 goals (13 more than Ferran Torres), will lead the line against Costa Rica.

Costa Rica won each of its final four qualification matches to end 4th in the CONCACAF zone, which wasn’t enough for a direct place in Qatar. Los Ticos had to play an additional playoff game against New Zealand and won 1-0. This will be their 6th participation in the last seven World Cups. Head coach Luis Fernando Suárez will rely on the most experienced players such as Bryan Ruiz, Celso Borges, Joel Campbell, and Keylor Navas, who have multiple World Cups appearances. All of them played 100+ games for Costa Rica. Plays: Spain to win & Under 2.5 goals (+190)

We conclude this World Cup Betting Preview with a Belgium vs. Canada tilt at Ahmad bin Ali Stadium on Wednesday. After topping their qualification group above Wales and the Czech Republic with 20 points out of 8 games, the Red Devils will try to make a step forward and reach the World Cup finals this year. They finished 3rd four years ago in Russia, and this is the last chance for this generation to finally lift a trophy at the big tournament. Roberto Martínez has plenty of talent to choose from in Kevin De Bruyne, Eden Hazard, Dries Mertens, and Romelu Lukaku all of who played a crucial role for Belgium in recent years.

Canada is playing at the World Cup for the first time since 1986. They ended the CONCACAF qualification zone in the 1st place ahead of Mexico, the USA, and Costa Rica. The Maple Leafs arguably have the best squad in the team’s history, and there is no doubt that Bayern Munich’s star Alphonso Davies is going to be a man to watch against Belgium. Cyle Larin and Jonathan David will try to hurt the Spaniards as they lead the line, while Atiba Hutchinson, Stephen Eustáquio, Lucas Cavallini, Junior Hoilett, and Milan Borjan are all quality players and will play a big part for the Canadians. Plays: Both teams to score YES (-110)