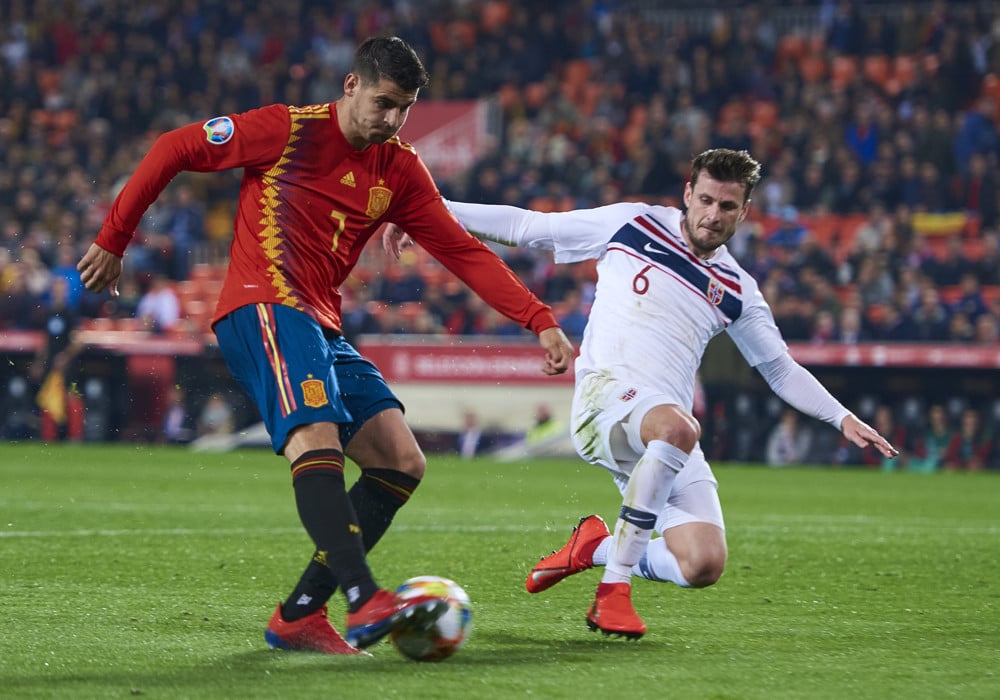 We made it to the 2022 World Cup in Qatar! With all the drama, speculation, and black cloud that has hung over this World Cup, it’s hard not to be excited for one of the biggest sporting events in the world. The players have said they focus on the game and representing their countries. We have a gathering of the best teams in the world. Let’s break down each team in Group E. We have predictions, top plays, and best bets for who will qualify/win Group E.

FIFA Rank: #31
Last 10: 8-1-1
2018 World Cup: Did not make it out of Group Stage
Strengths/Weaknesses
Costa Rica was one of the final teams to Qualify for the 2022 World Cup. They had to beat a New Zealand side back in June to advance. It was an unimpressive 1-0 victory.
The team has overachieved recently across all competitions. They are a very young team that I believe is due for negative regression. Especially in this very tough Group E. Their best player is 35-year-old Keylor Navas in goal.
That speaks volumes about this squad. He has carried this team over the past year. He has done so as the only player on the team who currently plays in one of the top five European Leagues (PSG).
Outcome
I don’t see Costa Rica making it out of this Group Stage. Their inexperience and youth will really come into play in this World Cup.
I expect them to cause some issues and not go down quickly. Even if Navas continues the form he has been in for his Country, I have Costa Rica finishing bottom in this Group (-200).

FIFA Rank: #11
Last 10: 4-1-5
2014 World Cup Winners
Strengths/Weaknesses
Germany is a team that people believe to have the talent to make a deep run in this World Cup. They have won the World Cup four times in their history and are bringing one of the most talented squads on paper to Qatar this year.
I think one of Germany’s biggest weaknesses is going to be its defense. They have not kept a clean sheet in their last seven matches and are coming into this World Cup a little shaky on the back end. They of course are full of talent. One player I’m really excited to see, and who I think could be the difference maker, is Jamal Musiala (Bayern Munchen).
He has been incredible for his club, Bayern Munich. It’s a team full of superstars and he’s shined bright. He has scored nine goals with six assists in 14 games for Bayern this season. He will be a key factor in Germany’s success at the World Cup.
Outcome
Germany is the second-best team in this Group. They will be fighting with Japan for a spot in the knockout round. Their success will come down to if they can figure it out on the back end.
I don’t see Germany going to the final. One bet that I’m interested in is for Germany to be eliminated during the Group Stage (+500). It’s a risky play, but one that I could see happening, and one that clearly has value.

FIFA Rank: #24
Last 10: 6-2-2
2018 World Cup: Made it to Round of 16 (Finished 15th)
Strengths/Weaknesses
This Japan side is my dark horse in this Group. They are a team that plays aggressively in their press. The Japanese are great in transition and are very experienced on defense. Pulling it all together in this World Cup will be the question.
In their last 10 games, they have faced the USA and Brazil in Friendlies. Beating the US 2-0 and only losing to Brazil 1-0. Both of these matches really showed that Japan should not be taken lightly and that they can compete with the best in the World.
One of their weaknesses is that they don’t have a true striker. Junya Ito, Takumi Minamino, and Daichi Kamada are the three players to watch. They will need to step up if Japan is to make it out of this Group Stage.
Outcome
If Japan can play their best, I think they can make it out of this Group. They currently are the team that I am taking to advance (+320) and will be sprinkling a little on to win this Group (+1400).
They should be able to handle Costa Rica, and if they can get any points in their first match vs Germany, it will only boost their confidence.

FIFA Rank: #7
Last 10: 7-2-1
2018 World Cup: Made it to Round of 16 (Finished 10th)
Strengths/Weaknesses
Another top favorite to make a deep push in Qatar. Many eyes will be on the Spaniards. Spain won the World Cup only once back in 2010 and will be looking for number two this time around.
This is the best team in the Group. They play a very particular style of soccer. Luis Enrique has selected this team to fit that style of play. He didn’t necessarily select the best Spain players, but instead went with players who will dominate his style of play.
Spain’s biggest strength is their ability to control the ball. They have averaged over 60% possession in their last ten matches. If you go back further, it goes up. They are a team that will wear you down with their passing, and control, and makes you chase the ball all over the pitch.
The biggest issue with Spain will be where the goals come from. They will have to lean on the likes of Alvaro Morata, who has never scored more than 15 goals in a single season.
Outcome
Spain wins this Group. I am taking them at -120 and expect them to go reasonably far in this World Cup but I do not expect them to make it to the Final. They match up great with everyone in this group.
They should be able to exploit the inexperience of Costa Rica. Spain should be able to hold off the aggressiveness of Japan and tire them out with their control/passing. Germany’s struggling defense should also fair well for Spain as they have shown to be able to capitalize against struggling back lines.
Best Bet to Win Group E
Spain (-120)
Solid defense, incredible passing, and control of the ball. They will be hard to break down at the back and will only need a goal or two to win matches in this Group.
Best Bet to Advance from Group E
Japan (+320)
An experienced back line, dangerous attack, and aggressive pressing could cause issues and mistakes at the back for the other teams in this Group.