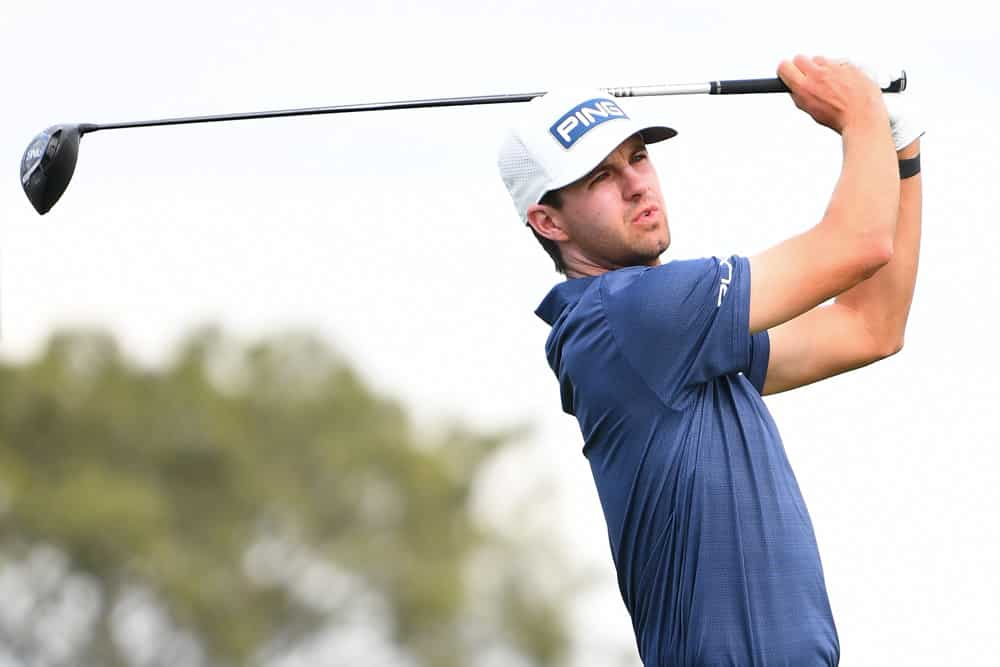 50/1 on a young and talented golfer is a good price for the 2022 John Deere Classic. Cameron Davis has a lot of what a bettor is looking for in an outright bet. He’s been driving the ball pretty well over his last 12 rounds. He’s one of the best with his irons in this field. And his solid putting yields a pretty high birdie or better rate.

He also flashed some nice ceiling at the Travelers Championship last week. Davis sat at -9 heading into the weekend, before cratering on Saturday and Sunday. But he’s close to reaching an apex like he did this time last summer when he won the Rocket Mortgage Classic, which was another easy scoring tournament with a weak field. Take Cameron Davis on your 2022 John Deere Classic betting card as he seeks to pick up his second PGA Tour victory.

Like Davis, Svensson also had a bit of a mixed bag result at the Travelers Championship. He bookended two mediocre rounds between two fantastic ones in which he hit the ball great. Like Davis, Svensson is very strong off the tee and possesses fairly high birdie rates. And his putting, which earlier in the year was a liability, has become an asset for him. Over his last 12 rounds, Svensson is gaining about 0.3 strokes per round on the greens. If he continues to ride a hot putter, he can pair that with his usually reliable ball striking for a nice finish at the 2022 John Deere Classic. And with a little luck, it may be good enough to pick up his first win on the PGA Tour.

Alex Smalley has been a yo-yo over the last few months. He’s alternated between a bad performance and a good performance pretty much since the Corales Puntacana Championship in March. That’s what makes Smalley an appealing longshot for the 2022 John Deere Classic. He’s volatile, but he’s demonstrated some good volatility in that stretch, particularly in weaker fields. He finished T2 at the Corales Puntacana Championship and T6 at the Mexico Open. And he also shown a high ceiling with his ball striking in this inconsistent stretch too. If he can just get the putter going a bit, he could become the second rookie to win on the PGA Tour this season. Pick Alex Smalley on your 2022 John Deere Classic betting card.

Nate Lashley is another volatile longshot that has a decent ceiling. Since the Puerto Rico Open in March, he has six Top 30 finishes and four missed cuts. Lashley also has been hitting it well off the tee through peppering fairways over and over. And he has shown high birdie rates because he’s improved his putting from where it was a year ago. Look for Nate Lashley to be in contention to pick up his second PGA Tour victory at the 2022 John Deere Classic.

Because the field is so weak, especially at the top of the board, this is an opportunity to take a stab at a bunch of longshots. As long as you don’t overextend yourself with your units allocated, you can take several swings at trying to pick an outright at the 2022 John Deere Classic.

Here are some other golfers to consider adding to your betting card:

Kevin Streelman was in a serious rut since the Valero Texas Open. But last week at the Travelers Championship, a place he has fond memories at, he posted his best finish in almost three months. Last week, Streelman gained almost a stroke per round tee-to-green on his way to a respectable T25 finish.  And considering he has three prior Top 10’s at the John Deere Classic, maybe he can keep things rolling.

As for Lanto Griffin, he’s had his struggles as well. Griffin hasn’t finished better than T51 at any tournament since mid-May. And he seems to be all over the map in terms of what’s ailing him. One week, it’ll be the driver. The next week, it’ll be his irons. The next week, he’ll struggle putting. The one thing that has been consistent during this slump is his scrambling, which has been borderline disastrous since the Players Championship. He has only one appearance at the John Deere Classic – a missed cut in 2018. Don’t expect Lanto to turn things around this week. Pick Kevin Streelman to beat Lanto Griffin at the 2022 John Deere Classic.

Fading Patton Kizzire this week is a battle between the unstoppable force and the immovable object. The unstoppable force is Kizzire’s dreadful form. Since the RBC Heritage, Kizzire has three missed cuts over his last six starts. And when he made a cut, he didn’t finish better than T64. Everything is a mess for him at the moment. He’s struggled significantly in every strokes gained category during this stretch.

The immovable object, however, is his great course history. Patton Kizzire has three Top 30 finishes in three starts at TPC Deere Run. Is a return to friendly confines enough to jumpstart his game?

Bet on the unstoppable force, however, and that his struggles will continue. And considering he’s paired up against Adam Schenk, a player with both good form AND great course history, Kizzire isn’t a guarantee to prevail in this matchup even if he wakes up a bit. Pick Adam Schenk to beat Patton Kizzire at the 2022 John Deere Classic.