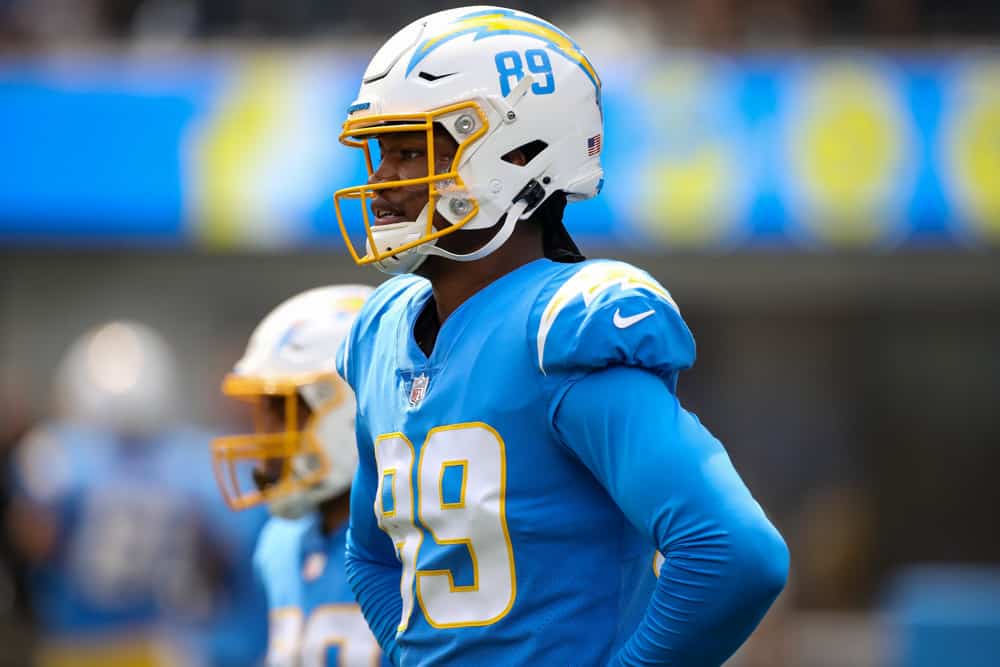 Saturday provides a full slate of NFL Preseason DraftKings action. The main slate offers eight games from which to select your lineups. These include some exciting rookies who are taking their first snaps in their new colors. Regardless of whatever else happens today, it will be exciting to once again have a full day of NFL football on the television. What’s more fun, is the ability to play a full slate of DFS that day as well.

As is the case with any preseason contest, you are not looking to field starters. We have already seen several starters not even dress for their first preseason game. Others have put on their uniform, but never played a single down. The uncertainty of which starter will play and which won’t is one you should avoid. Instead, it’s wise to pay attention to practice reports, tweets, and other news out there.

Knowing which player could see more playing time in these games is crucial to cashing. This is especially now with three preseason games instead of four. This means coaches will have one less game to evaluate the bubble players and their rookies. Targeting these players can make for a profitable day if you choose the correct ones, which is the entire goal of this article. Here are some players to target as you build your DraftKings rosters. One thing you will notice is that all the players are priced exactly the same at $5,500. So, building your lineups is not so much about salary cap, but opportunity.

The San Francisco 49ers have already determined that Jimmy Garoppolo will be the starting quarterback for the preseason. Coach Kyle Shanahan has also stated that Jimmy G will play only one series in the Niners’ first preseason game. Trey Lance will get to play the remainder of the half. You could not ask for a more clear and concise path to fantasy relevance in a preseason game. Knowing that you will get almost two full quarters from a rookie who has been hot in camp is a gift. Should he get to play behind the starting offensive line, so much the better.

Bay area fans can not wait to see what Lance has in store for the future of their franchise. So far he’s turned in several social media buzz moments at training camp. While he may not quite be ready to take the keys just yet, we’ll certainly get a chance to see what he brings to the table on Saturday. Again, for the purposes of your NFL Preseason DraftKings rosters, you want your players to be on the field. In Lance, you are all but guaranteed a full half of play. That could end up being more than any other quarterback on the day. That could leave you with the highest scoring quarterback on the day.

In the spirit of stacking, adding Trey Sermon to your lineup makes sense. So far, Sermon has seen his fair share of work with the first team offense in camp. This bodes well for his usage coming into his first live NFL game action on Saturday. Also bumping up his stock is the fact that Raheem Mostert is unlikely to play against the Chiefs.

What this could mean is that Sermon will get the start. If he does, he could see as much work as his fellow rookie Trey Lance. It stands to reason that Elijah Mitchell and even Wayne Gallman will split the second half. So, this gives Sermon a chance to own the first half. The Trey and Trey connection should be on full display on Saturday and the fantasy points should follow.

The word from camp is that Nico Collins has been taking first-team reps and looking good while doing so. Despite that, Collins finds himself buried on the Houston Texans depth chart. While that might not be where he wants to be at the start of the season, he’s in a perfect position for your NFL Preseason DraftKings lineups. If he has flashed as reported against his team’s first defense, he should be able to do some damage against Green Bay’s second, or third-team defense.

He would be no worse for the wear either if he finds himself on the field with Tyrod Taylor either. Having a starting-caliber quarterback with him only adds to his potential value. Houston has 11 wide receivers listed on their roster. There isn’t too much of a reason for Brandin Cooks, Anthony Miller, Keke Coutee, or even Chris Conley to stay out too long Saturday. This leaves the rest of the game for Collins to get plenty of reps.

If you were a fan of the XFL, Donald Parham has a certain excitement to it. He led the Dallas Renegades in total receiving yards and touchdowns. That success landed him a job with the Los Angeles Chargers. Sadly, he found himself sharing the field with the established Hunter Henry, so getting playing time was difficult. That said, when he did hit the field, it was clear that he could play ball. Now, Henry is gone and the SuperChargers have brought in Jared Cook. It is possible that Cook will not suit up for Saturday’s game giving Parham the chance to own the position for a better part of the night.

Justin Herbert will not be starting on Saturday. Instead, quarterbacking duties will be split between Chase Daniel, Easton Stick, and K.J. Costello. Anyone of them should have no trouble getting Parham the ball. Should he need to, he can serve as a valuable safety valve for his inexperienced signal-callers. Also, he can run deep routes should the need arise. He’s big, he’s fast, and he should offer a nice return on your NFL Preseason DraftKings Investment.