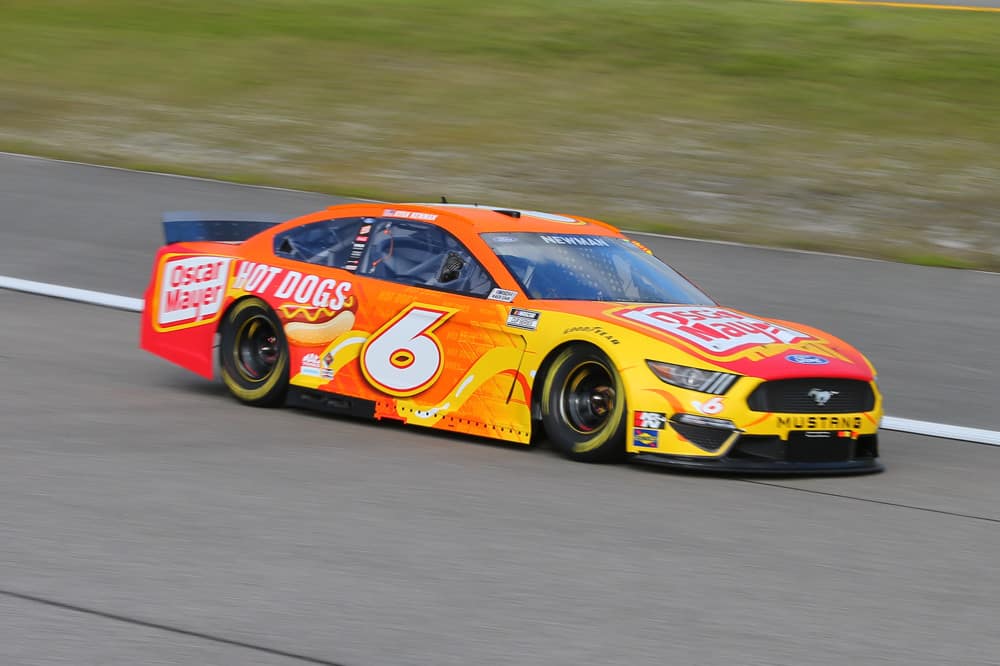 After three straight visits to short tracks, the Cup Series will run on the biggest track of the circuit for the NASCAR GEICO 500 at the Talladega Superspeedway. There will be a lot of shaking and baking around the 2.66-mile tri-oval. As always, there is very little need for the brakes as drivers will loop around the track wide open at least 188 times all the while trying to avoid, “the big one.”

Last season, Denny Hamlin took home the checkered flag in the fall running at Talladega. He led 24 of the first 26 laps before losing the lead for a better part of the race. It wasn’t until the last lap of overtime did he find a charge that took him to the track apron and back up to a three-wide battle around the final turn. His FedEx Toyota managed to surge to the finish line and beat Matt DiBenedetto by a nose. That first-place finish made three races in a row at the track where he finished in 4th place or better.

Hamlin leads the Cup Series point standings and yet he hasn’t taken home a first-place finish this season. What he has done though is rip off six consecutive finishes inside the top four. Not to mention, over the last two weeks he’s led 483 laps. To say he’s past due would be an understatement. This is especially true considering this will be the fifth week in a row in which he has started from either the first or second positions. This week, NASCAR has awarded him his third pole of the season.

He hasn’t historically led very many laps here, but the last two weeks his car has been fast. In fact, he’s logged 170 of the fastest laps over that span. Expect Joe Gibbs racing to do everything they can to put every ounce of speed into Hamlin’s hot rod this Sunday. The fantasy points will follow.

The reigning Cup Series champ has a checkered past at Talladega. In his ten career starts on the major circuit, Chase Elliot has five top-10 finishes. Four of those have been inside the top-5. One of them was a victory. Three of the ten he has failed to finish. What’s incredible though is the fact that he has led 129 total laps in that span. This puts him in fifth place on the list of top lap leaders at the track over the last ten races.

Good luck to @ChaseElliott this weekend at one of Eric’s favorite @NASCAR tracks, @Talladega! pic.twitter.com/nrjs3rJzEd

Something has ignited the Hendrick cars this season. At several points over the course of the season, one or more of his Chevy Camaros have been in contention for a win. On top of that, they seem to always be gathered inside the top-10. Elliot has been a major part of that mix and has four top-10 finishes already this season. He’ll benefit from his eighth-place start as he will have two of his teammates out in front of him. If he can link up with Alex Bowman and William Byron early, the three could dictate the pace of the race for a long time. When the dust finally settles, Elliot could break through for his first checkered flag of the season. His NASCAR GEICO 500 finish could have you set up nicely inside the cash line.

It’s a fact that there are not as many laps over the course of a Talladega race as some others. It’s also a fact that these laps are constantly contested as a result of the nature of Super Speedway racing. That said, the driver who has led the most laps at ‘Dega over the last ten races is Joey Logano. He also has two victories in that same span including a dominant win with 70 of 188 laps led in the Spring of 2018. His last three efforts here haven’t been exciting as he’s fallen outside of the top-10 in all of them. It’s a trend he will look to turn around this week.

This week Logano will start from the front row next to Hamlin. His Autotrader Ford Mustang has been one of the hottest cars on the circuit this season. More than that, Logano already has one in the win column this season. Putting a strong car with a strong driver in the front should lead to a strong day. Logano has finished inside the top-10 in six out of the first nine races of the season. The fact he’s under $10k makes him a must in a cash game lineup. He was seemingly on his way to a win last week at Richmond and he’ll enjoy stretching his legs on NASCAR’s biggest and baddest track. Make sure he is in more than enough of your NASCAR GEICO 500 lineups for a profitable day.

A car driven by Ryan Newman has taken the green flag at Talladega for the last 18 years. Since 2002, Newman has made 38 career starts at ‘Dega. Almost half of them have ended with a top-10 finish. Surprisingly, only seven of them have resulted in him placing inside the top-5. There is a bright side here as five of his last seven outings here have resulted in his car finishing safely inside the top-10 as the race ended. That is the type of day you want out of Newman this week as he looks to shake off a rough start to his season.

Kurt Busch flipped at Talladega in 2013 and landed on Ryan Newman. pic.twitter.com/FJYPXBtGJj

It’s been quite literally feast or famine for the Castrol Mustang as he’s found himself mired in trouble more often than not in the early part of the 2021 season. He wrecked out of Daytona to start the year and just as recently as last week got caught up in an incident that left him spinning. That said, if there’s one thing that can be said about Newman is he is resilient. There aren’t too many drivers that have come back from the kind of crash he endured not that long ago. A good driver is hard to keep down for long. From where he is starting, there really is no place to go but up.

The good news here is that Tyler Reddick has a top-10 finish in exactly half of his Cup Series starts at Talladega. Although, this is a case of using stats to mask a partial truth. The full truth is that he only has two career starts on the track. Last fall, he turned a 30th place start into a 7th place finish. It was an improvement on his previous, and only, start where he started 16th and ended the race in 20th place. He actually did manage to lead 19 laps in his first outing, which is encouraging.

Ride with @TylerReddick and the #NextGen car from multiple perspectives around @TooToughToTame! 🎥 pic.twitter.com/pnw1v3p0l0

Reddick is starting back in the middle of the field from the 20th position. He’s suffered through some peaks and valleys in the short run of the 2021 season so far. Last week in Richmond, he saw a streak of back-to-back top-10 finishes snapped ending the day in 20th place. So far he’s suffered five finishes outside the top-20. That said, he’s been competitive in pretty much every race this season and has basically just had some bad luck. If he manages to find himself running up front this week, he will be worth his salary. Of the climbers in his price range, Reddick offers the most potential to be a valuable player in your NASCAR GEICO 500 DraftKings lineups.