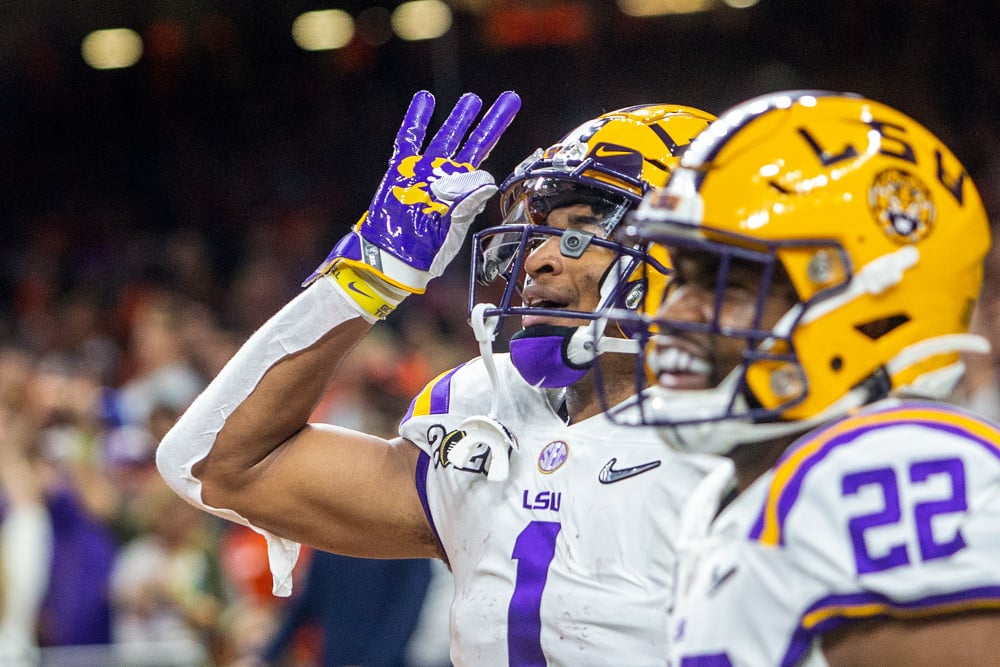 It sometimes feels like the NFL Season never truly ends with the league calendar having so many events throughout the year. NFL free agency started things off with a bang last month, but now we’re on to the true main event of the spring, the NFL Draft.

Limits are far lower than sides and totals for NFL games, but there is a lot of value to be had for bettors who know team needs and organizational strategies. Add in some line shopping, and you’re on your way to a profitable 2021 NFL Draft.

Where Is the NFL Draft?

The NFL Draft will be held on April 29th and end on Saturday, May 1st. The action starts with the first round at 8 PM EST. It will be televised on ESPN and NFL Network. The event will be held in many locations throughout Cleveland, Ohio. The Draft Theater will be set against the backdrop of Lake Erie.

I have a few props that I have already bet at some of the top online sportsbooks. As we get closer to the date of the Draft, more and more markets will appear. Line shopping is critical for smaller markets like the NFL Draft. You may find many sportsbooks that post props for Day 2 of the NFL Draft, as well. NFL Draft betting is likely more popular than you think!

Justin Fields To Be The Third Overall Pick +105

This one is going to come down to Mac Jones or Justin Fields. Jones the favorite to be picked at No. 3 by the 49ers at -170, but there is value to be had with Justin Fields at +105.

Fields is simply too perfect of a fit for this offense and for what Kyle Shanahan wants to do. His offense runs like a well-oiled machine when it has a dual-threat, athletic quarterback at the helm. Adding Justin Fields to San Francisco immediately gives this offense a higher ceiling.

Fields have the most upside in this spot, and unlike others – I think he will make a more significant immediate impact when compared to Mac Jones. Shop around for better odds, but Justin Fields to go as the No. 3 overall pick is still an excellent price at +105.

Selected at What Number – Kyle Pitts Over 5.5 Selection -120

Pitts is a highly talented tight end and the best in the 2021 Draft class, but with that said, I could easily see him falling out of the top 6 or so. I don’t think he goes much further than that, but I think the top five picks will be heavy on quarterbacks.

I am not knocking the Florida tight end’s talent, but I think it makes more sense that Ja’Marr Chase is taken off the board first, especially if there is a trade at No. 4 with the Falcons pick. Early in the draft is more about raw talent than need and is something you need to keep in mind when evaluating NFL Draft betting odds.

We could easily see four quarterbacks taken in the first five or six picks and then a team grabbing Ja’Marr Chase, such as Cincinnati and the Dolphins going for OT Penel Sewell out of Oregon. There are a lot of ways that Pitts falls out of the top five picks.

We’re back on the train here with Ja’Marr Chase. This is a multiway futures market with Kytle Pitts at +125 and Penei Sewell at +200 to be the first non-quarterback drafted. I think Chase represents an excellent value at over 2 to 1 odds at +250.

There are certainly reasons to think the Bengals may want to reunite Joe Burrow with his college teammate. We also expect that the first three picks will be quarterbacks and the Falcons look increasingly likely to trade this pick elsewhere.

We could easily see four quarterbacks go in the first four picks, and then Chase land on the Bengals lap at No. 5. Not only do we have the Burrow factor here, but it’s important to remember that Cincy’s offense uses three wide receiver sets over 80 percent of the time.

Tyler Boyd and Tee Higgins will be the top two receivers on this team coming into the year, with a significant hole at No. 3 after A.J. Green’s departure. Chase makes sense from a talent standpoint and when it comes to the positional needs of this offense.

Betting On The Draft Can Be Lucrative

Sportsbooks don’t exactly rake in the dough on Draft props. Wagering limits are low, even at larger sportsbooks, but that is where the value comes in for bettors that have done their homework and can line shop. There seem to be more and more betting options for the NFL Draft every year – don’t miss out on these unique opportunities and potential value.