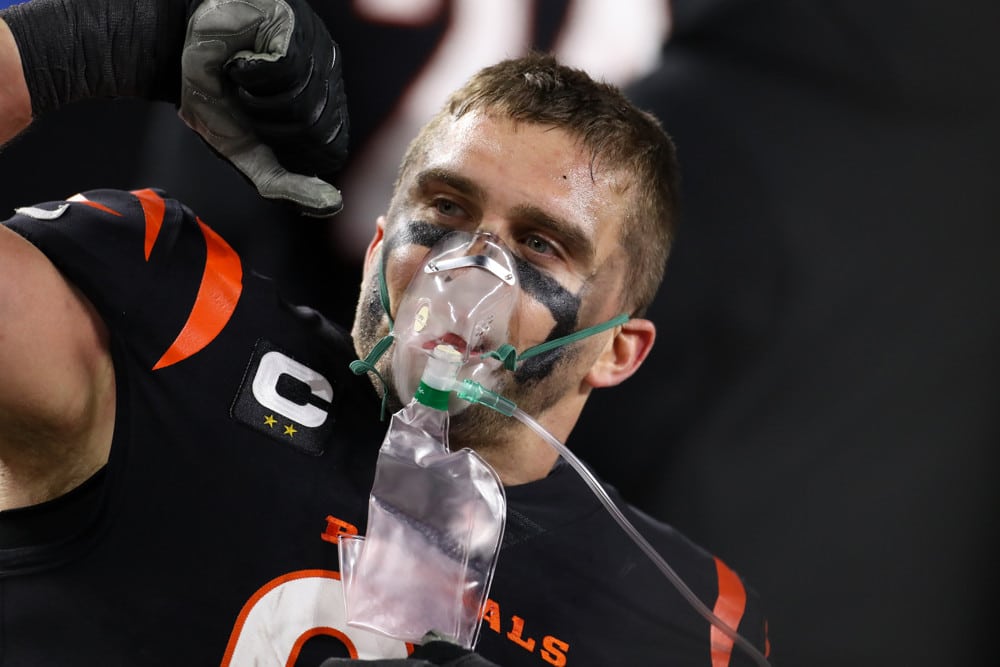 The guys (@GamblingPodcast) recap Super Wild Card Weekend and give out their favorite Monday Night Football prop bets for the Dallas Cowboys at the Tampa Bay Buccaneers.

The NFL got what it wanted; Super Wild Card Weekend was super, super wild. This week will be very exciting as Sean’s Eagles will be playing Kramer’s Giants this coming Saturday. Danny Dimes ran all over the field, leading the game in rushing to cash out a nice 10-1 bet. Kirkland Cousins made the foolish mistake of checking down on 4th and 8, ending the Vikings season. The Bills and Bengals both pulled out some tight games.

Buffalo found a way to find themselves down to the Skylar Thompson led Dolphins in the third quarter. The Bengals were probably half an inch away from going down a touchdown late in the game, but this play turned into a 98-yard fumble return touchdown that went on to win the game. Two Super Bowl favorites, the Bills and Bengals, both almost lost to back-up quarterbacks. Alarms should be buzzing for both teams especially since they face off this week.

Bets for next weekend have already opened with some wide spreads. The Chiefs are -9 against the Jaguars as an experienced Chiefs team takes on a Jaguars team that is unpredictable. Philadelphia is -7 against the Giants, a team they have already beat twice this year.

Beating a team 3 times in one year is hard and the Giants are showing signs of the old Giants teams of the late 2000s. The Bills opened at -5.5 against the Bengals but the line has slid to -4.5 already. There is more confidence in the Bills here from Sean and Kramer.

The Buccaneers love to blitz and should be getting a rattled Dak off his spot so he will rely on his legs in some spots. Playoff Lenny will benefit from Tom Brady trusting his vets in big games and should see a strong workload to take advantage of this lowing rushing line. Another vet Brady will rely on is Mike Evans who showed he can still get open deep down the field and change games.

Brady will be letting it fly for sure and should clear 43 attempts easy as he has done almost every game this year. In 3 of the past 5 games, Dak has found a way to throw not one, but two picks. Questioning obvious history is dangerous, so he is bound to do this again. With a thin Tight End room, be mindful of Cade Otton flourishing off his red zone attention and getting in the end zone.

Mike Evans over 22.5 yards for his longest reception

Dak Prescott to throw 2 interceptions at +280