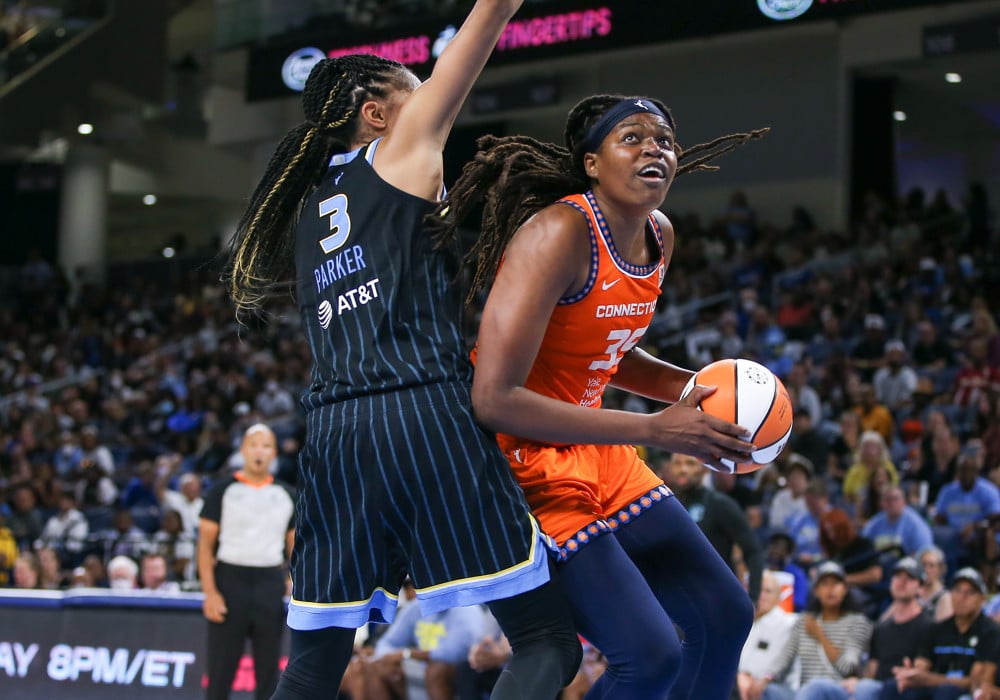 CHICAGO, IL – AUGUST 28: Connecticut Sun forward Jonquel Jones (35) and Chicago Sky forward Candace Parker (3) in action during the second half in game 1 of the WNBA Semifinals between the Connecticut Sun and the Chicago Sky on August 28, 2022, at Wintrust Arena in Chicago, IL. (Photo by Melissa Tamez/Icon Sportswire)

The WNBA Gambling Podcast drops a Betting Picks episode for the Semifinals of the 2022 WNBA Playoffs. Scott Reichel and Terrell Furman Jr. start by recapping what happened in Game 1 of both series before handicapping the spread and total for each Game 2. The guys give their leans on each game before wrapping it up with their lock/dog picks for the night!