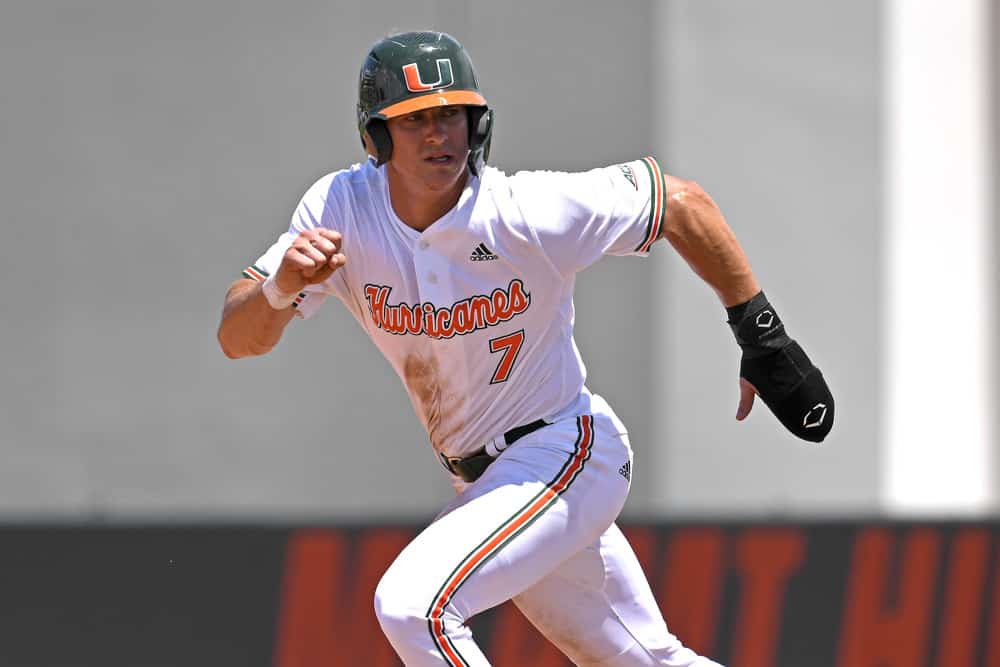 “The College Baseball Experience,” (@TCEonSGPN) is the only podcast that has committed 100% of it’s content to gambling on NCAA Baseball. Host Noah Bieniek (@Seventy7NB) of the Sports Gambling Podcast Network has provided picks and gambling analysis on College Football, College Basketball, and the MLB but today he is dedicating his talents to the college diamond. From the SEC to the Big West we’re covering every bettable game until College World Series. Talking weekly NCAA Baseball scores there’s no better place for College Baseball gambling. Join us during the Road To Omaha and experience the bettor side of college baseball with, “The College Baseball Experience.” The newest episode starts by recapping the latest weekend of college baseball and lists his biggest takeaways, news, and notes.

First, Bieniek begins covering the College Baseball scene with the upset that Grand Canyon pulled over Stanford on Saturday. During the weekend Notre Dame swept Wake Forest, is Bieniek finally buying stock in the Fighting Irish? While on the topic of sweeps, Tennessee picked up another in Gainesville against the Florida Gators. Are we pressing the panic button on head coach Kevin O’Sullivan’s squad? Can Jacob Burke, and Miami Florida stay consistent? Was TCU’s series win in Stillwater a fluke? Georgia’s Johnathan Cannon pitched for the first time coming off of injury and threw five perfect innings. Wofford wowed in Macon against Mercer. Louisville won an electric ACC series against NC State. Maryland establishes themselves as the college baseball team to beat in the Big Ten after their series victory in Illinois. Bieniek still thinks Arkansas is overrated as they drop another series to Texas A&M.

Next, Bieniek lists his news and notes from the weekend of games. Does Southern Mississippi have the best starting rotation in all of college baseball? Bieniek is now seriously interested in placing a +4000 future on Gonzaga to win the 2022 College World Series. After the weekend recap, Bieniek talks about the top candidates to win the Golden Spikes Award. Has Texas’ Ivan Melendez’s performance over the weekend solidified him as at least a finalist for college baseball’s “Heisman Trophy?” Additionally, other nominees mentioned were Auburn’s Sonny DiChiara, Georgia Tech’s Kevin Parada, and Oregon State’s Cooper Hjerpe.

To sum up the podcast Bieniek runs through the Tuesday and Wednesday college baseball gambling slate giving his picks for each game.