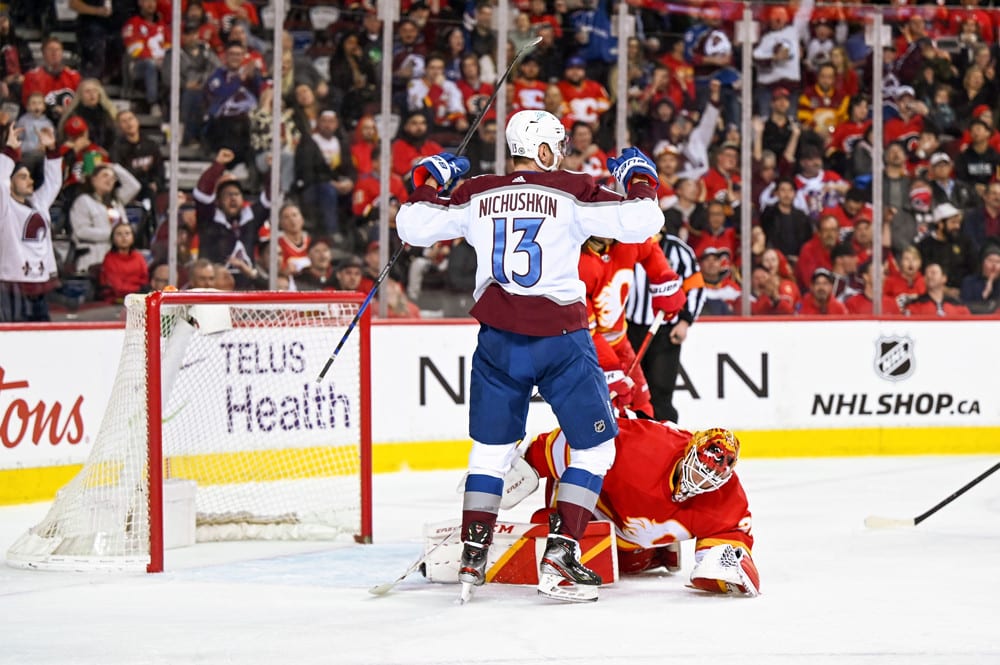 Welcome back to the Fantasy Hockey Playoffs Waiver Wire: Teams to Stream & Best Pickups article! Most leagues are down to the final week, with some leagues having one week left after this. Nevertheless, hopefully, you’re still in the running for the Fantasy Hockey Stanley Cup! As always, I’ll be focusing on the teams that play primarily on the lighter nights of the week. I’ll be your guide to help you win your fantasy hockey matchup this week with the best pickups, goalie options, teams to stream, and teams to avoid.

Week 26 follows the typical NHL schedule with a lot of games on Tuesday (10), Thursday (11), and Saturday (12), but also has double-digit games on Sunday (11). That makes the lighter nights Monday (6), Wednesday (4), and Friday (4). Having players that play on those lighter nights can make the difference in your matchup.

This week, there are four teams that play on all three lighter nights. I’m going to go through each of those teams with waiver wire pickups and stream options.

The Coyotes don’t have many healthy fantasy-relevant players left, but there are still a few worth grabbing in deeper leagues to help out on those lighter nights.

Gostisbehere is a great fantasy hockey defenseman. He is all offense and very little defense. He plays over 21 minutes a night for Arizona on the top pair and power-play unit. Ghost has 44 points (11 G, 33 A) in 75 games this season. He’s cooled off recently but could finish strong in a busy week.

Schmaltz is the last man standing up front for the Coyotes with Clayton Keller out for the season. He has 52 points (23 G, 29 A) in 56 games this season, including seven points (4 G, 3 A) in his last nine games. As one of the Coyotes’ top offensive options, he’s worth a pickup this week.

The Avalanche are on the other side of the spectrum with most of their top players already rostered in the large majority of leagues. However, there are some depth players that should be available.

Burakovsky shouldn’t be available in your league but go grab him if he is. He’s done a great job while jumping up to the top six in the absence of Gabriel Landeskog and Nazem Kadri. He has 58 points (22 G, 36 A) in 73 games this season and 11 points (4 G, 7 A) in his last eight games.

Lehkonen is an option for those of you in the deepest of leagues. He’s been getting time on the second line and had two multi-point games last week. Lehkonen has five points in nine games with Colorado.

The Kraken fall into the same bucket as the Coyotes: low-level fantasy hockey options. Actually, they’re probably the worst Fantasy Hockey team out there. Nevertheless, let’s try to find some diamonds in the rough.

McCann leads the Kraken with 25 goals and 43 points on the season. He plays in the top six and on the top power-play unit as well. He picked up two assists on Saturday and now has 10 points (4 G, 6 A) in his last 15 games. There are worse options out there this week.

The second overall pick from last year’s draft is getting some time in the NHL after his NCAA season ended with Michigan. He picked up an assist in his debut in Calgary and scored a goal in his first home game on Saturday night.

The youngster is getting a chance to play on the top line and could continue to put up points. Beniers had 43 points (20 G, 23 A) in 37 games with Michigan this season.

The Capitals are another team with a handful of options to choose from as we close out the four teams playing on all the lighter nights this week.

Oshie has two goals in his past three games and has been shooting the puck a lot. Since returning from injury on March 26th he has three points –– all in his last six games –– and 19 shots  –– including nine in his last three games.

Eller has favorable usage in the middle six with Mantha and Tom Wilson as his current wingers. He’s been heating up recently with seven points (3 G, 4 A) during his four-game point streak. Take a stab at him in your deeper leagues.

Along with the above four teams above, there are a handful of teams that play twice on lighter nights:

Over half of the league plays only on the busy nights (Tuesday, Thursday, Saturday, Sunday) this week: