Fantasy Baseball Sleepers: 5 Batters To Target Late In Your Draft 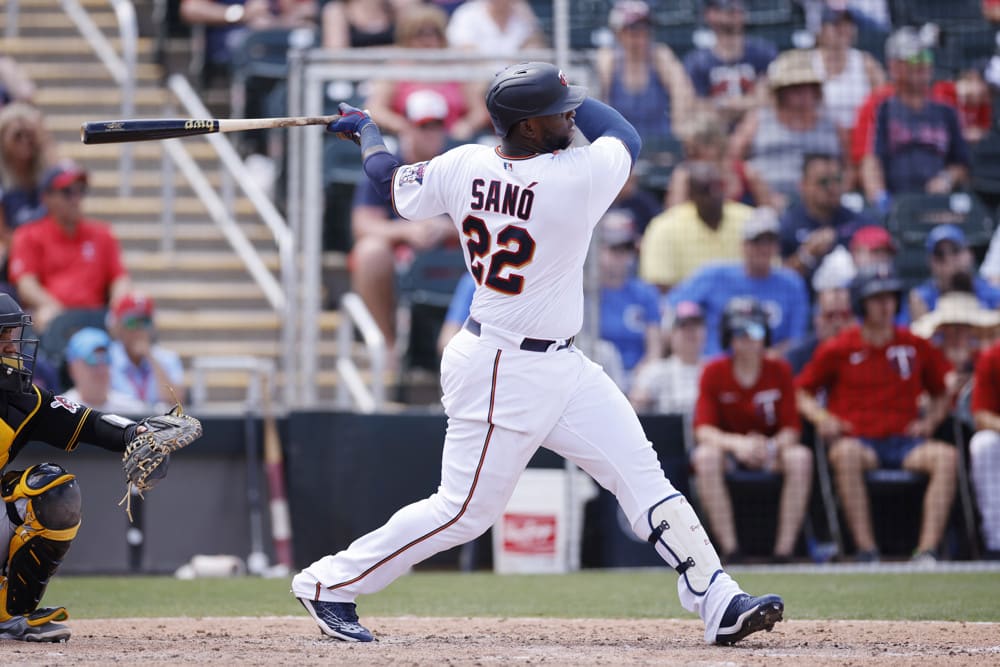 Spring is in the air and that means fantasy baseball is right around the corner! While your team can be carried by your early picks, it’s the late rounds where you can really make your money count. Those late-round fantasy baseball sleepers can make the difference for you.

For this fantasy baseball sleepers article, I’m going to take a look at batters with an average draft position (ADP) of 200 or later, according to FantasyPros. In your standard 12-team league, these guys should be available in the later rounds to help bolster your lineup.

Fantasy Baseball Sleepers: 5 Batters To Target Late In Your Draft

Suarez just sneaks into our criteria with his 200 ADP. He’s a big bat that brings versatility with both third base and shortstop eligibility.

Suarez spent the majority of his career in the hitter-friendly confines in Cincinnati but was traded to Seattle earlier this month. Over his past four seasons, Suarez averaged 41 home runs and 104 runs batted in per 162 games with a .247 batting average and .842 OPS.  Last season, however, he hit just .198 but provided 31 dingers and 79 ribbies. If you can take the hit on the batting average, this is a guy that can bring you at least 25-30 home runs and 75-plus runs batted in. Mind you, Suarez hit 49 homers in the 2019 season

Suarez is projected to hit in the middle of the Mariners lineup with guys like Jesse Winker and Mitch Haniger, as well as young outfielders Julio Rodriguez and Jarred Kelenic. If those young guys can figure it out, it only improves Suarez’s stock. In a shallow 3B/SS year, Suarez can be a savvy late pick to fill out your lineup.

The Phillies have added a ton of power this offseason with the additions of Kyle Schwarber and Nick Castellanos. Oh yeah, they also still have the reigning National League MVP, Bryce Harper, as well as Rhys Hoskins and J.T. Realmuto. But someone has to get on base for those guys and/or drive them in.

Segura is a sneaky option at second base. The Phillies’ lineup hasn’t been set yet, but I could see Segura hitting in the two-hole between Schwarber and Harper, or down in the sixth or seventh spot to keep things rolling. Either way, Segura can still hit.

Former Yankee Luke Voit requested a trade after the team signed Anthony Rizzo and they blessed him with the opportunity to play in San Diego. Voit should get regular at-bats in the middle of a stacked Padres lineup. Even without Fernando Tatis Jr. for the first few months of the season, San Diego’s lineup is solid with Manny Machado, Jake Cronenworth, Eric Hosmer, and Wil Myers projected to hit around Voit.

If you miss out on some of the early first basemen or just want to add some power to your lineup late in the draft, look Voit’s way in San Diego.

Speaking of first-base sluggers, Sano fits that mold perfectly. He hit 30 home runs last season and has a 162-game average of 43 dingers (and 99 RBI) over his last three seasons. Sure, there are some issues with his average (.229 over the last three years, .223 last season), but that won’t matter much if he hits 30 or more homers again.

The Twins added Carlos Correa to supplement Sano in their lineup, along with Byron Buxton and Jorge Polanco at the top. Sano should continue to hit in the middle of the order and he’ll have plenty of opportunities to drive those guys in.

There may be guys with more upside if you want to take a chance on them, but Sano provides a fairly safe floor as long as he stays healthy. He’s good for at least 25 home runs  –– if not 30 or 35 –– and should get at least 75 RBI in the middle of the lineup. If you miss out on those top guys and Voit (or just prefer the Minnesota slugger), take a look at Sano.

The theme of power-hitting bats continues among our fantasy baseball sleepers: Randal Grichuk. Grichuk was traded from Toronto to the hitter-friendly confines of Coors Field, where many batters have seen their numbers improve. For a big bat like Grichuk, this could mean big things for your fantasy team.

Grichuk hit 22 home runs with 81 RBI in 149 games last season while batting .241. He’s been a consistent power hitter throughout his career in St. Louis and Toronto with a 162-game average of 30 home runs and 84 RBI since 2015. His batting average, like most of the players on this list  –– and late in drafts –– is low at .245, but that should pick up at Coors Field.

The Rockies lost Trevor Story in the offseason but added Kris Bryant to replace him. They also still have C.J. Cron and Ryan McMahon to complement Grichuk in the lineup.

Grichuk is another guy capable of putting up 25-30 homers and 75 RBI, and he should see an improvement in average and OPS at Coors Field. You certainly can do much worse than that for a guy going in the 22nd round on average.