10 MLB Rookies Who Could Help You Win Your Fantasy League 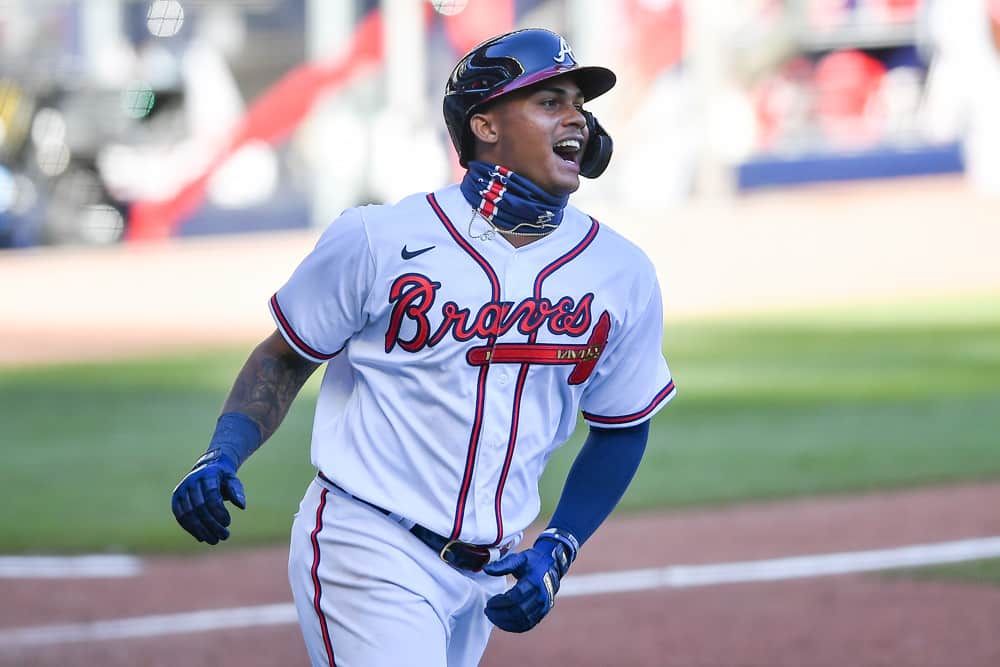 With the abbreviated window of action for the MLB, along with the delay of the beginning of the season, you may find yourself short in time prepping for your fantasy draft. While struggling to remember where free agents have taken off to (Kris Bryant went where?), sometimes we overlook one of the great sources of fantasy gold – MLB rookies. While there might not be a Juan Soto or a Ronald Acuña out there every year, there are always a few that are the difference between a disappointing exit from the playoffs and glory. So while you’re scrambling to figure out just who is left on the Athletics and Reds, I’ll guide you through some of the MLB rookies you should either keep an eye on or stash and save (in deeper leagues).

10 MLB Rookies to Watch for

There’s totally a chance that the Royals look to manipulate the service time of Witt Jr, but the fact of the matter is that he should easily be an opening day starter at third base for them. Not only is he going to rack up plenty of playing time, but most projection systems have him pegged at 20+ homers and 20+ steals in his rookie year. The 2019 second-overall pick likely has a ceiling even higher than that with his big bat and speed. As an obvious front-runner for rookie of the year, it’s unlikely you’ll sneak this MLB rookie by your league-mates, but you need to circle him on your cheat sheets.

We’ve seen some wild variation when it comes to MLB rookies who made the move over from Japan. For every Hideki Matsui, there is a So Taguchi. With the Hiroshima Carp last year, Suzuki won the batting title and mashed 38 dingers, leading me to believe he’s probably a bit closer to the former. You can pencil him right into the middle of that Cubs lineup on opening day, which may be a reason to reach a bit on his ADP (which currently sits around 175).

With MLB rookies, it’s so hard to be really high on pitchers. They tend to get ramped up a little slower, they tend to have innings limits, and it’s way easier to manipulate their service time. Additionally, Baz is coming off of a very recent elbow surgery. Still, with all of those caveats, I’m loving Shane Baz. In a very small sample last year, he looked like an absolute killer. He’s likely going to start the year on the DL, which means you can draft and stash him in that DL spot and not have to worry about it eating up space on your roster. It may seem like a move that might not pay off, but the man had 18 Ks in only 13.1 innings last year. That could really pick you up down the stretch.

I’m marveling over Oneil Cruz. Yes, some of that is because he’s a 6’7″ shortstop. Some of it is also because he has some of the easiest power I’ve seen in a long time. I mean, just check out this spring training home run:

But the MLB rookie has also shown that he can do it in the majors, albeit in a very short, two-game stint last year. What will it take to supplant Kevin Newman as the Pirates’ everyday shortstop? Probably just the period of time for service time manipulation. That should leave him with plenty of games to pick you up 25 homers though.

Joey Bart is an intriguing MLB rookie partially because he’s one we’ve already seen in the majors. In the pandemic-shortened season, when Buster Posey opted out, Bart played 33 games. He only hit .233, which probably isn’t even good enough to fill the dreaded catcher’s spot in your lineup. However, with the return of Posey last year, he got another year to mature in the minors. He cut way down on his strikeout numbers and nearly hit .300. That’s, of course, going to play down a bit in the majors, but it may just be enough to be a smart catching option late in your draft.

If you’re anything like the Braves front office, you’ve started to wonder if Pache is ever going to be a hitter at the top level. Although he’s still an MLB rookie this year, he’s appeared in both of the last two season for Atlanta before becoming part of the Matt Olson package. In Triple-A, he’s shown signs of being a guy who could hit 20 homers, as well as being fast. Getting regular reps might bring that out of him again. I wouldn’t take a stab at him unless in a deep league, but the new environment may be welcomed here.

I mentioned the draft and stash theory with Shane Baz earlier on. Sixto Sanchez is another great example of a guy to do that with. He missed all of last year, but looked like a world-beater in the Marlins playoff run in the pandemic-shortened season. We’re likely look at June or July before we see Sixto, but rather than leave that spot blank post-draft, fill it with a MLB rookie who had a sub 3.50 ERA in 39.0 innings.

Unlike Sanchez and Baz, Greene is healthy going into the season. He also may not be on the opening day roster. In fact, I think it’s pretty likely that he winds up in the minors. So this may be a play only if you’re in a real deep league or just someone to put on your watch list for when he comes up. Still, you have to mention Greene, a MLB rookie who donned the cover of Sports Illustrated as a high schooler for his ability to pitch and play shortstop. He ultimately chose pitching and easily cracks 100 MPH every outing. His command has never been great, but he’s going to rack up the strikeouts for you whenever he does get his call-up.

I think it’s only a matter of time before the Red Sox get sick of Jackie Bradley Jr. hitting .217 in their outfield. I know he plays a great center field, but in a division that is going to be ultra-competitive, they need a full complement of hitters. Duran may not have the best hit tools in the world, but he has elite speed. That should be enough to get this MLB rookie in that spot sooner rather than later. In addition, that aforementioned speed is going to buoy your steals category.

Make sure to check out all the great MLB coverage we have to offer and be sure to listen to each of the MLB podcasts that we have in tow – The MLB Gambling Podcast and the forthcoming Fantasy Baseball Podcast.