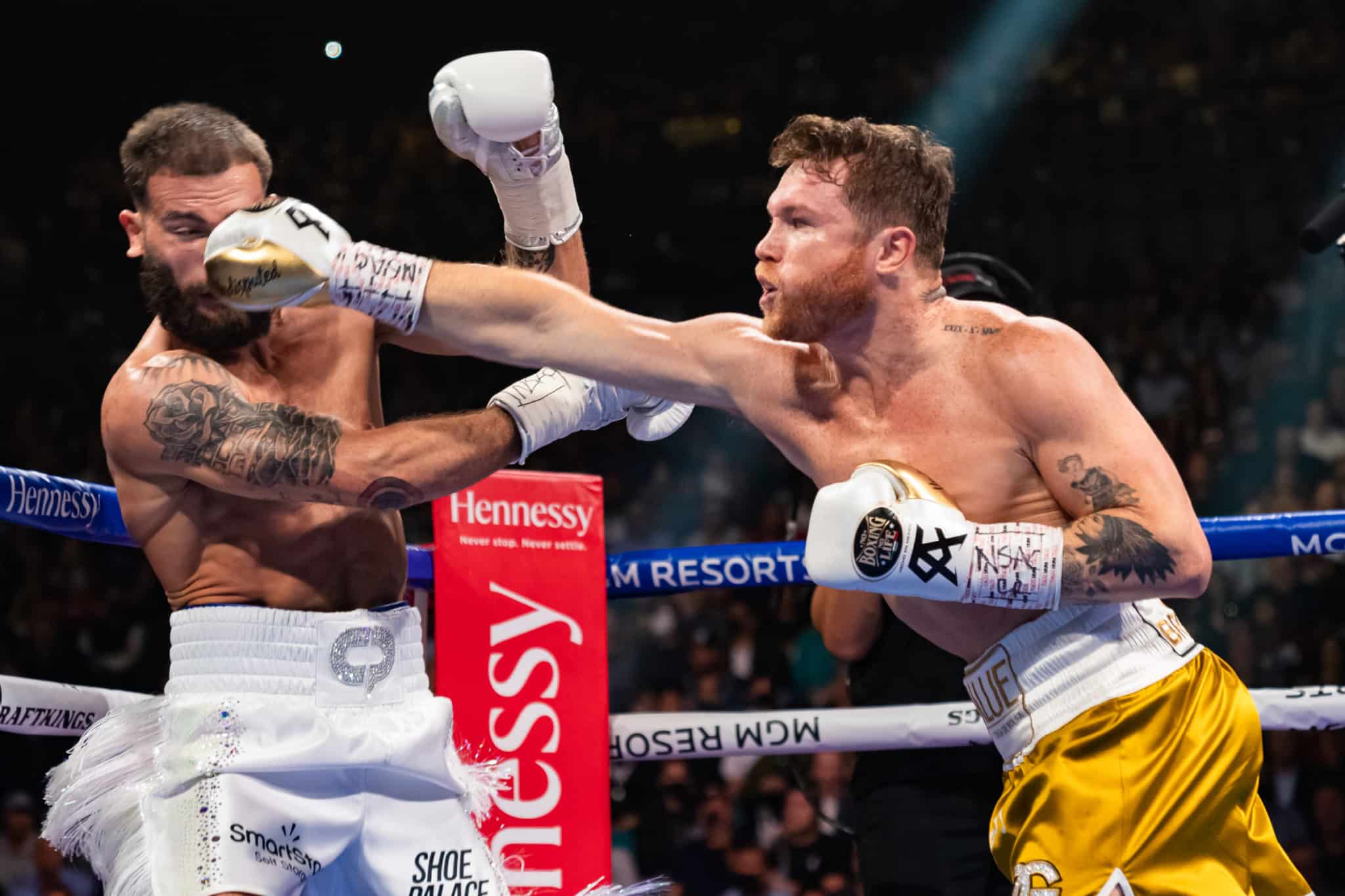 Off another impressive championship KO, Canelo Alvarez is now the Undisputed Super Middleweight Champ and we’re ready to discuss it all and talk fights this weekend on the “Big Fight Weekend Podcast.”

Host T.J. Rives is back with Sr. Writer of BigFightWeekend.com Marquis Johns and they are joined right away by Michael Rueda of Vegas Sports Today for all of the takes on Canelo’s 11th round TKO of previously unbeaten Caleb Plant. Michael also gives insight on what fight he thinks will be next for Alvarez in May of 2022 and is that fighter in action this weekend?

Next, Marquis and T.J. go over the news of the week, including Jake Paul’s Tampa press conference for his December PPV fight there with England’s Tommy Fury. And, Tyson Fury having elbow surgery after his WBC Heavyweight title win over Deontay Wilder.

The guys also go over the fight cards in Phoenix, as David Benavidez looks to solidify his standing as a top contender at Super Middleweight and maybe, fight Canelo. Benavidez headlines the Showtime card in the Arizona desert. Also, England’s Kid Galahad defends the IBF Featherweight title there on Saturday, And, top Middleweight contender, Jaime Munguia of Mexico, is in action in Anaheim, CA, Saturday night, too.

Get all the previews and the guys have some wagering angles/info, as well.

It’s all part of “The Big Fight Weekend Podcast” and make sure to follow/subscribe on Apple Podcasts, Spotify, Google, etc.!!

Download the SGPN APP today https://sgpn.app and leave us a rating/review.