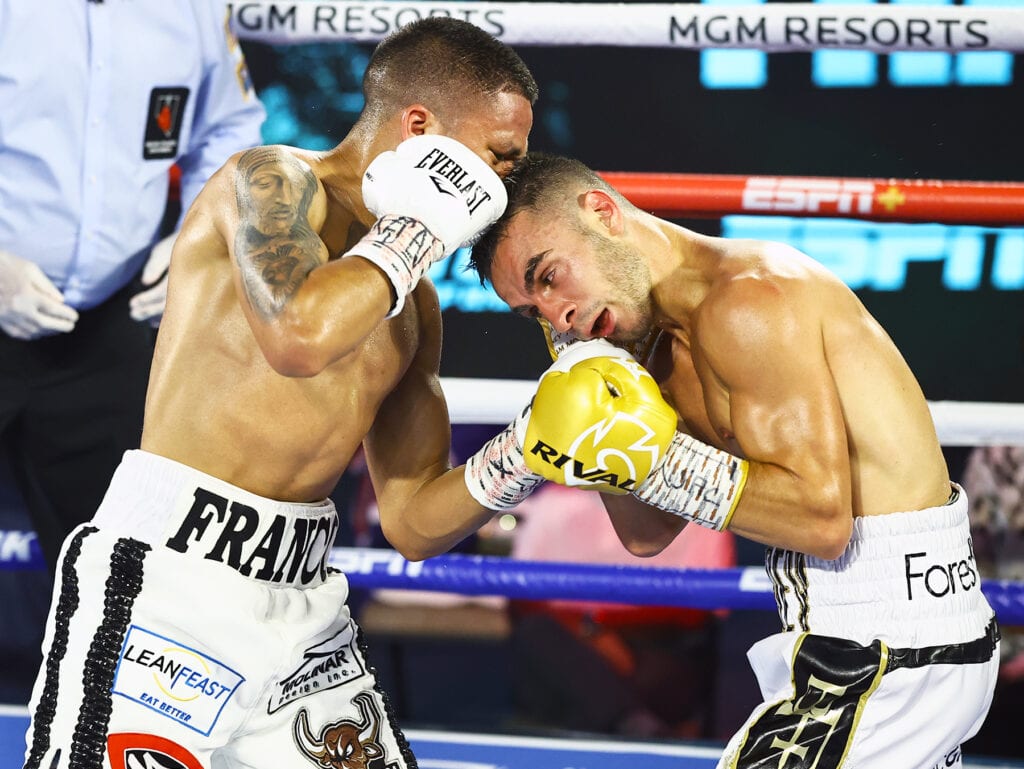 We’ve got a tremendous weekend of fights set for Saturday from Tulsa, Oklahoma, to Carson, California to the London, England, suburbs. And, we’re ready to break it all down on the latest “Big Fight Weekend.”

Host T.J. Rives is back with Sr. Writer from BigFightWeekend.com, Marquis Johns, to go over the news of the week and bring on special guest, Crystina Poncher of Top Rank Boxin/ESPN’s play by play call of the Saturday night Joshua Franco-Andrew Moloney third fight for the WBA Super Flyweight title in Oklahoma.

The last Franco-Moloney bout ended in controversy and a “no decision” late last year, now the Australian Moloney wants his title back that the Texan Franco took from him by dominating him in fight one. Crystina gives her insight on that, the fight card and the fact that she and WBO Women’s Featherweight champ, Mikaela Mayer, will become the first women’s duo to do live play by play of a men’s championship fight. This as they call the bout on the ESPN International feed (outside of the U.S. and Canada).

T.J. and Marquis have the latest on Unified Welterweight Champ Errol Spence having to withdraw from fighting legend Manny Pacquiao next weekend due to an eye injury. This means that Cuban Yordenis Ugas will replace Spence on the August 21st PPV. The guys discuss that matchup.

They also preview and have the odds/fight picks for the WBO World Bantamweight title bout in California on Showtime cable, as John Riel Casimero of the Philippines defends against another Cuban born star- Guillermo Rigondeaux in a scheduled 12 rounder.

T.J. and Marquis also preview and have picks on unbeaten Welterweight Vergil Ortiz of Texas who is 17-0 with 17 KO’s fighting a veteran contender. And, the Matchroom Boxing show from just outside of London, where two Light Heavyweights clash in the main event.

Hear it all on the Big Fight Weekend Podcast and make sure to follow/review us on Apple Podcasts, Spotify, etc.!!