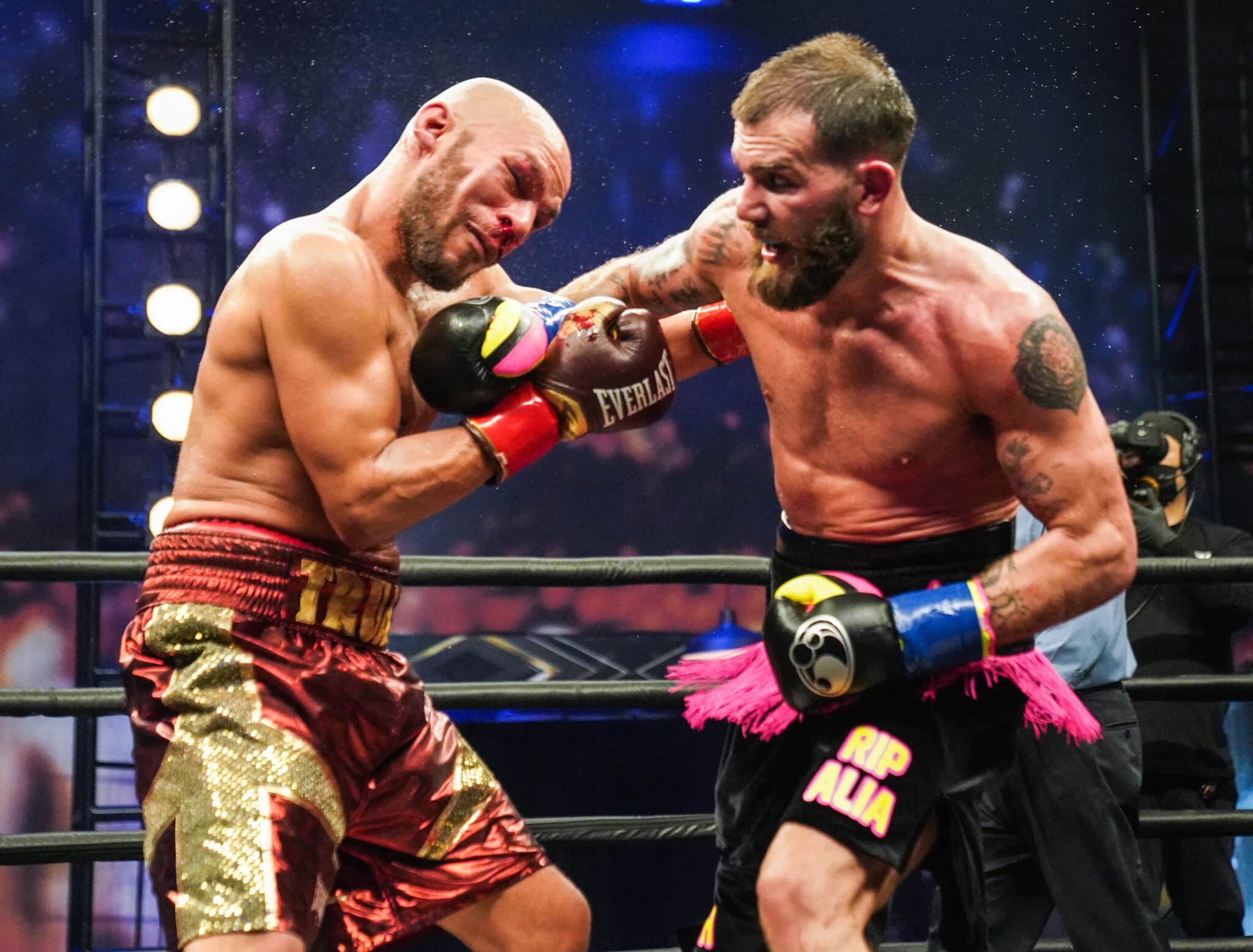 A convincing win last Saturday night in defense of his Super Middleweight Championship has American Caleb Plant setting his sights on one of the top fighters and biggest paydays to be had, Canelo Alvarez. But, how realistic is a Plant – Canelo fight for later this year? It’s a question we discussed on this week’s edition of the podcast.

The three discuss Plant’s latest victory for his IBF 168 lb. title by 12 round unanimous decision over veteran Caleb Truax in L.A. last Saturday night. That win improved Him to 21-0, 12 KOs and has him waiting for the opportunity to fight Alvarez potentially later this year. In the meantime, Canelo will be defending his versions of the Super Middleweight championship later this month in Miami against turkeys Avni Yidirium. Canelo is also slated to fight England’s Billy Joe Saunders, who owns the WBO 168 lb. belt in early May.

We also discuss Plant’s left hand injury and whether or not it may affect the timeline for being able to fight Canelo in September or October?

The group also goes over the bizarre delay of Houston, TX,  Junior Middleweight World Champ Jermell Charlo not receiving his International Boxing Federation title belt from his KO win over Jeison Rosario this past September. Are there shenanigans going on or is the belt just lost in the mail with all of our holiday gifts?!?

Finally, Gayle gives her thoughts on a 2020 fight that she would like to see out of the Welterweight division involving one of the up-and-coming unbeaten “young guns: taking on WBO 147 lb title holder, Terence Crawford.

Hear all of the discussion of the pertinent news and upcoming schedule of fights, as part of our show. And make sure to subscribe to us on Apple Podcasts, Spotify, etc.

The Sports Gambling Podcast Network is home to all the podcasts from the Sports Gambling Podcast network of contributors. Currently SGPN includes "NBA Odds Pod" with Ryan McKee a look at all things NBA & gambling, "EPL Show" with Billi Bhatti, a weekly show dedicated to previewing the upcoming EPL slate, "The Fight Show" with Billi Bhatti, a podcast dedicated to big events in the world of combat sports and "Three Dog Thursday" with T.J. Rives a gambling podcast dedicated to the art of taking the underdog. SUBSCRIBE ON APPLE | SPOTIFY | GOOGLE